Review: Oscar Mayer’s Wake Up and Smell the Bacon app 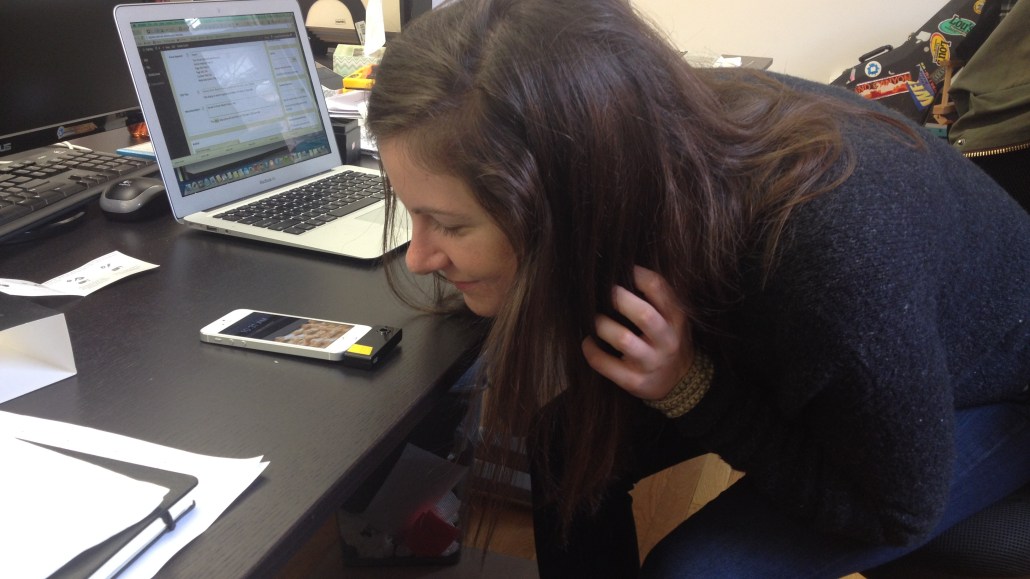 All of Digiday was excited by the arrival of the Oscar Mayer Wake Up and Smell the Bacon app, which is a dongle that emits the sweet aroma of bacon at a preset time. In theory.

Oscar Mayer created the app to give bacon lovers a “bacon awakening beyond your wildest dreams.” The YouTube video announcing the endeavor has been viewed over 2 million times in the past week.

Digiday was sent a unit and tested it out. Here’s what we found.

The app itself is packaged attractively, much in the same way Nike Fuelband is presented. Oscar Mayer goes with a stark black box.

The Oscar Mayer branding is tastefully put on the side of the box.

The instructions warn against trying to get a cheap high by inhaling bacon scent directly.

The dongle attaches easily to the headphone jack of your iPhone. The scent emitter is on the opposite end.

Two Digiday employees, Saya Weissman and Clair Lorell, served as testers after the app alarm was set for 9:58amET.

The app shows attractive bacon visuals when it activates, along with voice-over bacon wisdom, aka “baconisms.” (Turn the volume on for the full effect.)

What the app did not do, at least according to the olfactory senses of our testers, is emit the odor of bacon. Only one said she “maybe” smelled bacon. Two other Digiday employees, holding the app directly to their noses in violation of the directions for safe use, also did not smell bacon. It’s hard to say if Digiday simply got a bad unit, although another reporter who received Wake Up and Smell the Bacon — Business Insider’s Aaron Taube — also reported he did not smell bacon.

@bmorrissey Let me know if it works for you. I couldn’t really smell the bacon scent and it didn’t go off when I set it for this morning.

We tried again. No bacon smell.

The conclusion: Building things is really hard. This is only version one; it’s too early to dismiss Wake Up and Smell the Bacon as a revolutionary product. At this point, however, the appears little more than sizzle.