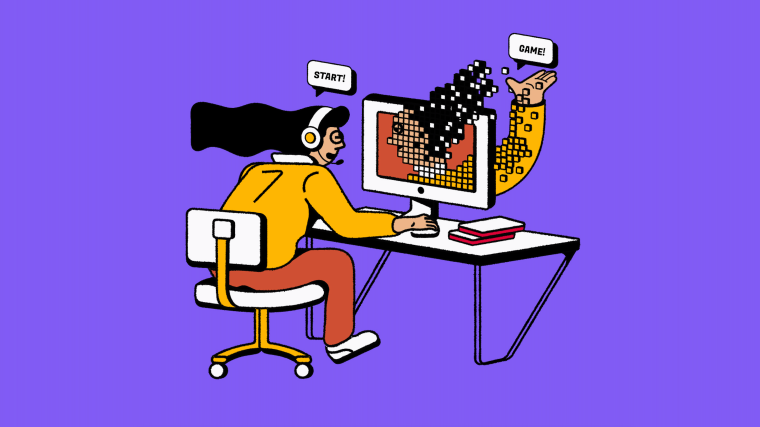 Esports and gaming more broadly influence our culture and entertainment in a profound way today. The interplay between the worlds of gaming and TV, movies, sports, business, art, food and fashion is very real, and growing.

Gaming platforms like Twitch are now all-encompassing cultural hubs, livestreaming is thriving, and star gamers are icons and role models for millions of followers. As VR, AR and the metaverse dissolve the boundaries between the digital and physical realms, the future of gaming will be an invitation to worlds of limitless possibility and unprecedented realism.

Brands are waking up to the opportunities gaming and esports offer, but entering the space is a daunting proposition for many marketers. To bring you up to speed on the latest developments in gaming, the Digiday Gaming Advertising Forum on September 15-16 assembled a series of gaming insiders and marketing experts to discuss best practices and strategies for successful engagement with today’s gaming consumers.

More brands than ever are getting serious about esports, and that means equipping themselves operationally for the challenge. “We’re seeing a lot of triple-A brands start to build up internal gaming teams,” said Eugene Wu, executive of esports & gaming at United Talent Agency (UTA). “You’re seeing Heads of Esports and Gaming positions regularly now at large CPG brands, apparel brands, technology brands.”

Gavin Johnson, media director at City Football Group, said his organization’s success in esports is built on investing in the necessary infrastructure to support gamers like Shellzz and Ryan Pessoa. Johnson said those investments are comparable to the investments that CFG makes in equipping its IRL soccer clubs for on-field success.

“We put a structure in place, which allows Shellzz and Ryan the best possible chance of success,” Johnson said. That team includes an esports manager who oversees operations, a player coordinator who “organizes their life, if you like” and more recently, a dedicated tactics coach. “I think audiences and fans gravitate to that because they know we’re invested into it,” Johnson added.

Esports presents a huge opportunity for sports franchises to reach new fans, especially in overseas markets. In England, for example, a child’s choice of EPL soccer club is likely to be “inherited” from a parent or other relative. Johnson said that dynamic is less of a limiting factor for EPL clubs trying to grow a fanbase overseas.

Teams can leverage that space and use esports to attract new fans. “About 7 percent of kids in the UK who play FIFA are influenced by what team they play on FIFA,” Johnson said. “It’s quite a low number. But you go to India and 30 percent of people choose their team on the back of what team they’re playing on FIFA.”

That’s a data point that should inspire brands to consider how they can get involved in the esports space, even beyond the specific niche of sports teams.

Wu said the challenge for brands entering the gaming world for the first time is how to craft an authentic presence and message. The gaming audience is savvy about advertising and sensitive to tune out what it doesn’t want to see or hear. In fact, as Wu noted, a majority of Twitch users are paid subscribers precisely because they don’t want to receive ads.

This is where partnerships with gamers and streamers can be invaluable. “You can still market and target gamers in your own brand voice and remain authentic,” Wu said. “You just have to find the right talent, find the right IP, and work with that IP to crack that narrative in the right way.”

That’s the logic BMW has followed, now sponsoring five top esports teams from around the world under the “United in Rivalry” banner. The teams are principally known for their association with League of Legends, but they do compete in other games. Pia Schoerner, head of esports at BMW Group, said the brand’s entry into esports was primarily about learning to “speak the language” of younger audiences. “We do not need to talk BMW language, we do really need to talk in esports language,” said Schoerner. “The campaign just helped us to bring BMW in a smart way into the community.”

Christine Wootton, vp of brand partnerships at Roblox, spoke to one recurring theme of the Gaming Forum: Keep your audience centered in your planning. “Don’t think of Roblox as gaming, think of how you’re going to engage your audience,” Wootton said. “Make sure your contributions are benefiting the user’s experience. You don’t want to come on and seem like you’re pushing an ad.”

03
Gaming creators are the future of esports

The point many marketers are only beginning to grasp is that the worlds of gaming and esports are no longer just about games. Twitch users are just as likely to follow a popular esports streamer for their cooking or beauty content as for their gaming output.

Nick “Nickmercs” Kolcheff is a player and co-owner with leading esports organization FaZe Clan, but his streamed workouts draw an equally avid following among his fanbase, known as the MFAM. Recognizing Nickmercs’ credibility and influence as a fitness advocate, Under Armour partnered with the FaZe Clan star, a deal that includes streams and merch, among other initiatives.

“It’s actually these content creators who are leading the way, and they don’t necessarily have to necessarily have to be the best gamers,” said UTA’s Wu. Alongside its roster of Hollywood stars and other celebrities, UTA now represents FaZe Clan. That’s an indication of the status esports now enjoys in the entertainment landscape, and brands are lining up to work with esports players.

Just as the esports industry is drawing investment and partnerships from major brands, esports orgs are correspondingly maturing as businesses with diverse revenue streams. Wu cited FaZe Clan as one of the teams that best embodies of this evolution. “Whether you’re a fan of sports or a fan of games or a fan of cooking or fashion or art, there’s a creator within the organization that is creating content around that,” Wu said. “They just so happened to start up from games and video games and have expanded to far more than just that.”

Everyone’s talking about the metaverse right now, but if you’re scratching your head about what it  means for your brand, Christina Wootton had some thoughts for you. As vp of brand partnerships at Roblox, Wootton helps brands enter the metaverse, working with brands like Gucci as well as movies and TV shows like In the Heights and Stranger Things to create compelling virtual spaces for fans and consumers to engage with.

Wootton shared some of her ground rules of the metaverse for brands. “Don’t think of it as just advertising campaigns,” she said. Think of the meteaverse as a permanent, persistent space for your fans and consumers to experience and engage with your brand. The trick is creating “an environment that is specifically for your fans and consumers and how you want them to engage with your brand,” Wootton said.

Consider also how your consumers want to engage with your brand. Wootton said brands should embrace opportunities for co-creation, which can foster a powerful dynamic between brand and audience on platforms like Roblox.

“That’s really important to our audience,” she said. “They want to be part of the process, they want to create virtual items together and they want to give feedback to brands.” Take time to understand your audience in the metaverse rather than forcing it.

Identify potential collaborators with experience in the metaverse. “Get to know what’s going on already,” Wootton said. “Be open to collaborating with the community of creators, developers and designers who’ve been doing this for years. They’ve seen what works well, they know how the community is going to engage with your brand.”

If your brand isn’t already talking about metaverse strategy, now is the time to start the conversation. A growing number of brands are creating roles for metaverse strategists, which Wootton compares to the early days of social media marketing. “The brands that we’re seeing doing this already, they’re at the forefront, they’re being innovative, and they’re going to be a lot further ahead,” she said.

The “metaverse” refers to an online realm – or many realms, more accurately – that can incorporate elements of virtual reality and augmented reality, populated by avatars representing real people. Some observers use the term to describe a vision of a future internet, a kind of virtual reality upgrade on today’s internet where everything from transactions to social events with friends takes place in a hyper-realistic yet virtual space. However, using the tools already available to us, metaverses are already being built in platforms like Roblox and Fortnite. The term was first used by author Neal Stephenson in his 1992 novel Snow Crash.

“What would you create if you didn’t have the limitations you have in the real world?”

Wootton said brands should enter the metaverse with their imaginations unshackled. The metaverse empowers brands to create an almost idealized version of the brand via experiences that are unrestrained by practical considerations.

Woods talked about how his gaming content engages fans who have “aged out” of actively following WWE, but who retain a lot of goodwill towards and nostalgia for the WWE brand. The example is illustrative of the kind of synergy that can benefit brands as gamers and esports players increasingly transcend multiple content verticals. “We’re all the same kind of nerd!” Woods said, somewhat tongue-in-cheek.

“Spotify has 320 million monthly subscribers, and 70 percent of those are on the free version. They’re not paying anything, they’re choosing the version that’s ad supported to unlock all that music for them. If you look at the cloud gaming services today they’re all paid, they’re only paid.”

Dave Madden said he believes in-game video ads can be deployed more effectively, and talked about the potential democratizing effect of extending access to gaming platforms. Madden described Spotify’s model as the “north star” of what gaming can do if applied to cloud gaming.