Why radio is not dead, in 5 charts 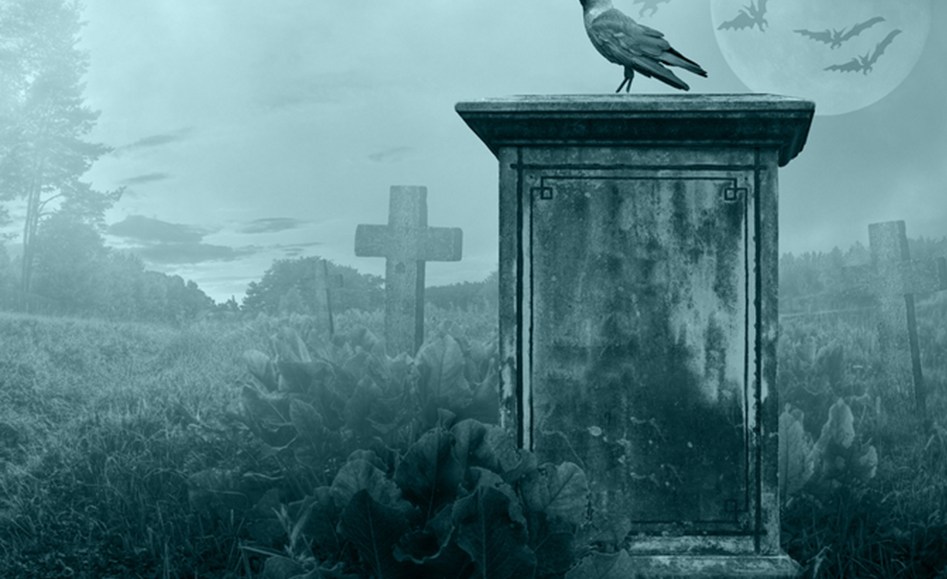 Guess what, radio still matters. Look at the numbers.

More people tune in to radio online, and radio commercials are less skippable than those on other platforms. Believe it or not, it’s a good time for brands to take a look at this maligned medium. Brands should pay attention specifically to network radio, the content syndicated throughout stations online and on AM/FM across the country.

A Nielsen report released this week profiles the 181 million listeners that Nielsen found listen to network radio at least once a week. The report focuses on network radio, which a Nielsen analyst says is a better dataset to look at because other types of radio is very “localized.” Network radio includes, for example, NFL football content, and The Rush Limbaugh Show, whereas local radio will play music, news and content specific to certain markets.

“Network radio is the one place radio acts like television, so it’s a cool audience to look at because everyone in the U.S. is listening to similar content,” said a Nielsen analyst.

Online radio advertising is still a small piece of the larger digital ad pie, but has a positive trajectory. A recent report from the Radio Advertising Bureau projected digital radio ad sales to grow 22 percent this year, to surpass $500 million. An average radio station in the U.S. makes $166,490 in digital advertising, the report found. Native advertising is also easier on your ears: for years, radio jockeys have been touting the benefits of certain products and services during their spiels, which brands have often paid them to do. A chart below shows eMarketer’s estimated projections for online radio listeners, including terrestrial radio, digital-only radio or audio podcasts of network radio.

And it’s not just your grandparents tuning in. According to the Nielsen report, network radio commercials are reaching, on average, 68 percent of all Americans. The stats, which tabulated results across 46 networks during an average week, found that a whopping 72.5 percent of females aged 18 to 24 in the U.S. heard a network radio commercial during the hours of 5 a.m. and midnight in an average week. 67 percent of males in that age group also heard it. 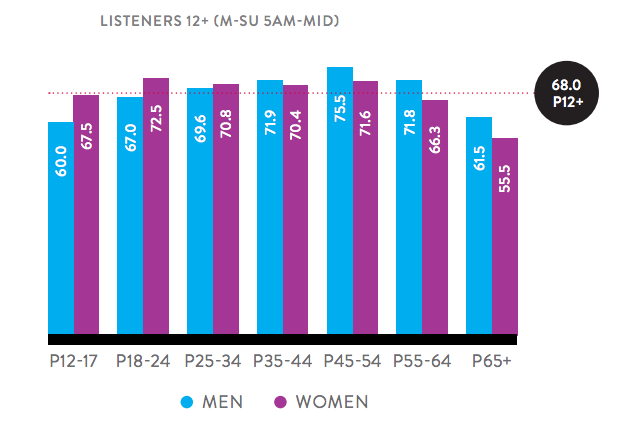 Network radio isn’t just a good way to reach the top designated market areas, or DMAs. Nielsen found that a third of its audience is located outside those very populated cities. Nielsen’s top DMAs are New York and Los Angeles, but a third of the network radio audience is in cities with less than 650,000 in population. (A list of DMAs is here.)

While the 45 to 54 cohort still makes up the largest group of listeners of network radio, both online and via radio stations, the younger subset isn’t far behind: listeners aged 34 to 44 making up 15 percent of listeners, and persons aged 25 to 34 making up 14 percent.

Generationally, radio seems to be attractive to many different age groups. 51 million of Americans aged 18 to 34 listen to radar networks every week, with about 53 percent of them being males. About 44 million Gen X-ers have heard a network radio ad this week, while 43 million boomers tuned in in.

More importantly, radio advertisers have the benefit of reaching a relatively affluent audience. A “significant” amount of listening occurs away from the home during work hours, and most of the people listening are employed.

All things to think about next time you say radio is dead.