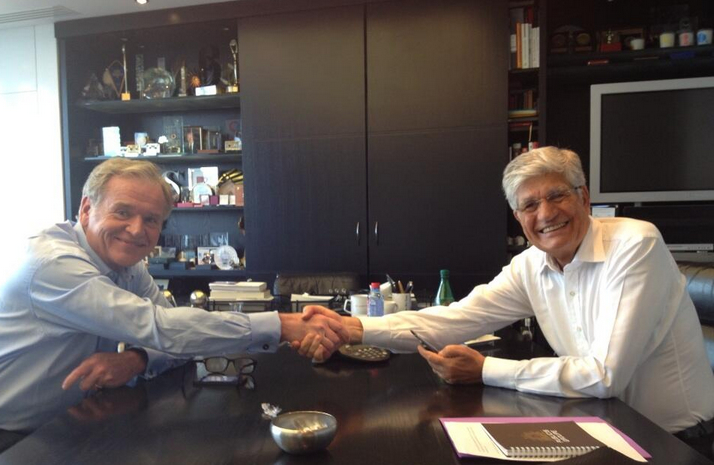 Jenny Biggam is the founder of the7stars, an independent media agency based in the U.K.

It used to be that advertising and media were all about the big idea, about making brands famous and appealing enough that people would want to buy them. But then along came a proposed giant called Publicis Omnicom Group. The impetus for this monster marriage, we’re told, is that in a media world dominated by the tech giants of Silicon Valley, scale matters. For that reason, the deal will be viewed by many shareholders as a shrewd move. But the two groups’ clients may think differently.

One of the main benefits that will come from the merger is that, by gaining critical mass, POG would get increased leverage in negotiations for buying media. But any benefits would be marginal and are not likely to be passed to clients, who, at the same time, may worry about where the promised $500 million in cost savings will come from. The key media owners and publishers already work with big agencies and are not likely to give any more discounts than they currently do. WPP, through its GroupM operation, has already taken this approach to the market, so it’s nothing new.

Since when has scale defined success in advertising and media? The A-word in marketing is agility in thought and action ­­­–­ and for these you need a less bureaucratic structure. The focus of large agencies is to execute an existing business model whereas, in contrast, a core job of smaller agencies is to be constantly finding the right match between client needs and what the agency can offer. This is not a linear process.

Agencies have long been criticized for a lack of transparency over how their media buying operates, nowhere more so than in programmatic buying and real-time bidding where the cost of the original media inventory is not disclosed to clients. A merged Publicis Omnicom will have even greater strength in automated media buying, with even less clarity on offer for brands.

According to Nielsen’s 2012 figures, Publicis Omnicom would have about 35 clients that each spend more than £25 million ($38 million) in the U.K. market alone. These will form a top tier in Publicis Omnicom’s client list and will likely receive the best service, the best people and best media rates. Any clients lower down the list will inevitably be second class. But what client is going to be satisfied if it doesn’t have access to the top brains within its chosen agency? Independents will be well placed to differentiate themselves on this basis, and some clients may be looking to jump ship to smaller, less bureaucratic agencies.

If clients were in any doubt that technology – not creativity – is now king of marketing, the very idea of POG confirms this. Yet while Publicis CEO Maurice Lévy and his counterpart at Omnicom, John Wren, say the merger will create a company able to compete with the likes of Google and Facebook, we have scant detail on how a marketing communications group can hope to achieve this. Meanwhile, brands, helped by their media agencies, are now dealing directly with these technology platforms, a migration that won’t be halted by this mega merger.

We still don’t know yet how or even if Publicis Omnicom will reorganize its advertising and media agencies, but the smart money is that it will follow the GroupM example by creating a media super structure.

Perhaps some brilliantly innovative structure is in the offing, a blueprint that sweeps aside bureaucracy, improves client service and delivers innovative solutions to brand problems. But with clients and creativity so obviously far down the agenda in this merger, don’t bet on it.