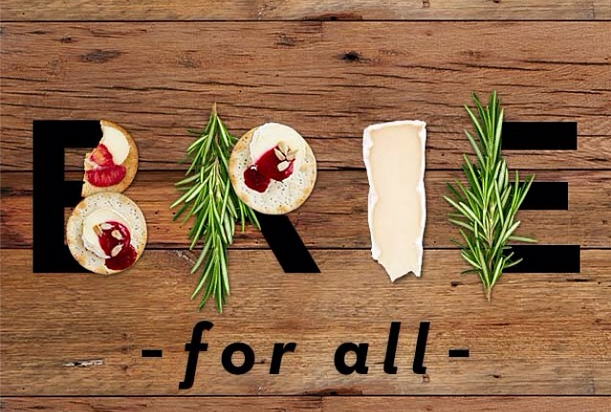 Cut the cheese, please! This past week, Président Cheese, with the help of digital agency Huge and a stable of bloggers, unveiled a new website. The brand has also finally joined the social fray, launching its presence on Facebook, Twitter, Pinterest and Instagram. But can it catch up to its already well-aged competitors already established in the space?

“We are so excited to bring the Art of Cheese to life for our consumers by spotlighting the versatility of Président products in this dynamic digital showcase,” said Karine Blake, Marketing Director at Lactalis American Group, the parent company of Président Cheese in a recent press release.

The new website, dubbed “The Art of Cheese,” showcases large photographs and Président Cheese-inspired posts from seven bloggers (A Daily Something, DesignLoveFest, De Su Mama, Oh Happy Day, Pizzarrie, Spoon Fork Bacon, and Two Peas and Their Pod), a search tool where users can find Président Cheese products, and recent posts on Pinterest from the brand. There’s also a page explaining basic information about the different cheeses Président offers: If you didn’t know the difference between Camembert and Brie, well, now you will.

Content from its website (and the food bloggers’ postings) will then be disseminated via its other social networks with some help from paid media. On Twitter, for example, Président is mostly retweeting tweets from its chosen bloggers. Most of its social efforts though, according to Emil Lanne, the creative director at Huge who worked on the campaign, will be funneled into Pinterest and Instagram.

“It’s a judgement call from brand to brand,” said Lanne. “But Pinterest is massive — and a lot of these women will find recipes on Pinterest and use them at the supermarket.”

On Pinterest, the brand is posting helpful infographics, like how to cut the cheese, and well-shot photos of food. In order to get new users to start pinning, Président is holding a pin-to-win contest for $50 in Président-related goods.

“It’s a challenge to build a brand and drive followers today,” said Lanne. “People aren’t ‘liking’ brands the same way they used to, and there’s a little bit of fatigue out there on social. But I’m hopeful that our approach of creating this web of things that link to each other will drive interest in a collaborative way.”

“The goal for Président was getting others to think about marketing cheese differently and educate their retail channels about how consumers get influenced these days,” said Lanne. “They’re not getting recipes from television; they’re living online.”