Pizza Hut could be your next OKCupid match 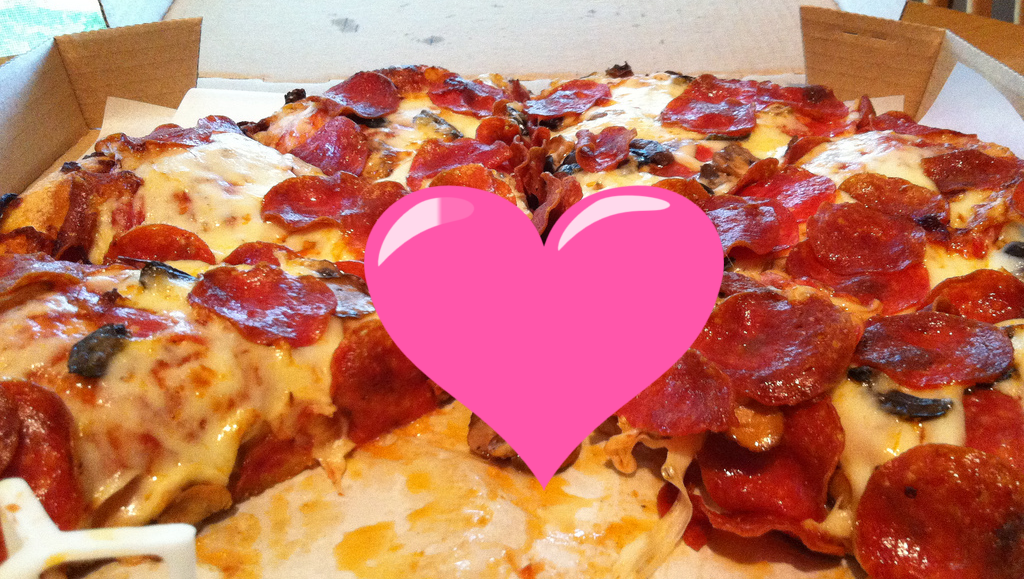 Is your ideal mate someone who is ready to take orders from you all of the time and will show up at your doorstep with pizza after you’ve had a long day and just want to veg out and watch TV all night?

If so, then you are in luck, because your perfect match is waiting for you on OKCupid — and that match is Pizza Hut.

In a cute marketing move just in time for Valentine’s Day, the pizza chain has set up an OKCupid page because, as the brand explained on Twitter, it gets so many marriage proposals from fans. In the past two hours alone there have been four Pizza Hut marriage requests: 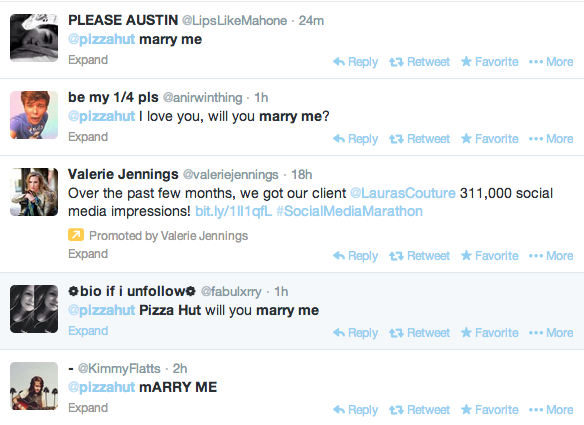 The pizza chain wants to find the person with the best proposal idea. Digiday has previous examined the special lives of people who voluntarily interact with brands on Twitter — going as far as begging brands to follow them back.

To all those who have tweeted ‘marry me’ at us: you’re on. https://t.co/NDrQc8Q0is #CommitToGreatness pic.twitter.com/6YSDLXarwv

As Pizza Hut explains on its OKCupid page, it’s flattered by the many marriage proposals it gets from fans, but Pizza Hut wants the moment to be special, not just a lame tweet. That’s why the brand is asking people to get creative when popping the question. Send an Instagram video to @pizzahut or tweet @pizzahut a Vine tagged #CommitToGreatness by Feb 21st describing their greatest proposal ideas.

Men and women alike have already started sharing their videos:

While this is a fun stunt, we hope brands getting onto online dating sites doesn’t become a new trend. It’s already hard enough to sort through the riff raff on OKCupid, amiright?