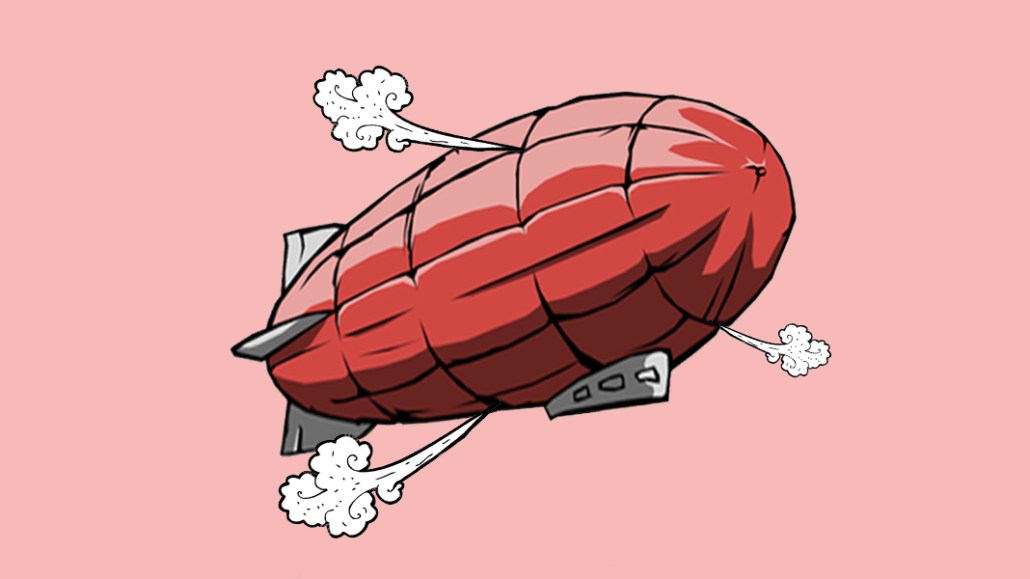 For almost a century, ad spending has hovered around 1 to 1.5 percent of GDP, and this year will be no different, if the forecasts are right. Zenith Media, one of the most widely cited forecasters, projects that this year’s total ad spend will reach $197 billion in 2017, based on the belief that advertising’s share of the gross domestic product will remain constant.

But what if these forecasts are wrong? 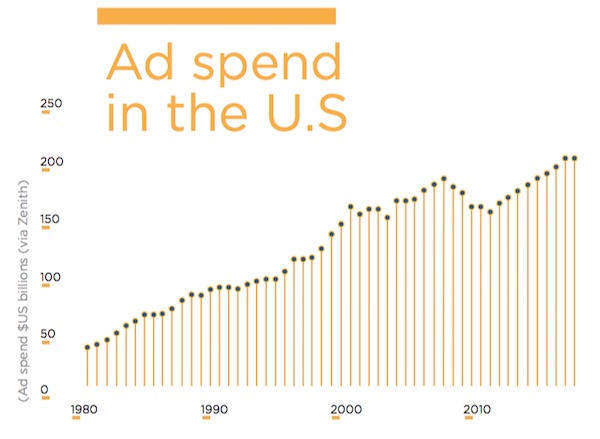 As technology has improved, the ability to reach specific audiences has become more efficient and cheaper. Display ads are getting cheaper, and brands like Unilever and Procter & Gamble are showing it’s possible to slash ad budgets without seeing drops in sales, says media industry analyst Rebecca Lieb. Brands are getting choosier about how they spend digital ad dollars at a time when TV ad spend — which accounted for the bulk of total ad spend over the past half century — is beginning to decline. 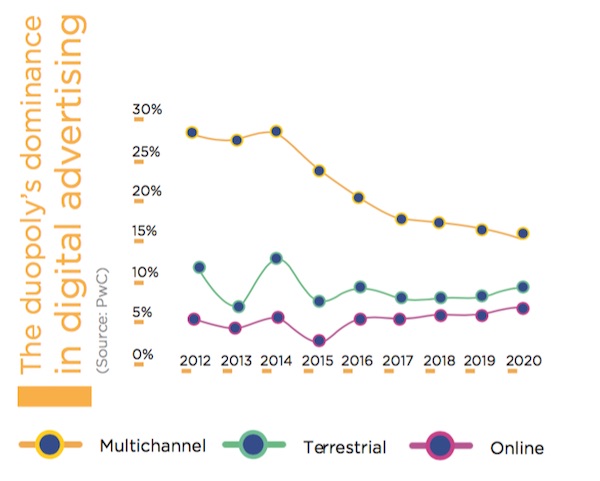 Ad spend usually grows 2 to 3 percentage points annually, but lately it’s grown about 5 percentage points per year. The majority of this growth comes from Google and Facebook, which reap more than half of all digital display and mobile ad dollars. A slowdown from either of these companies could end the precipitous growth in digital ad spend. 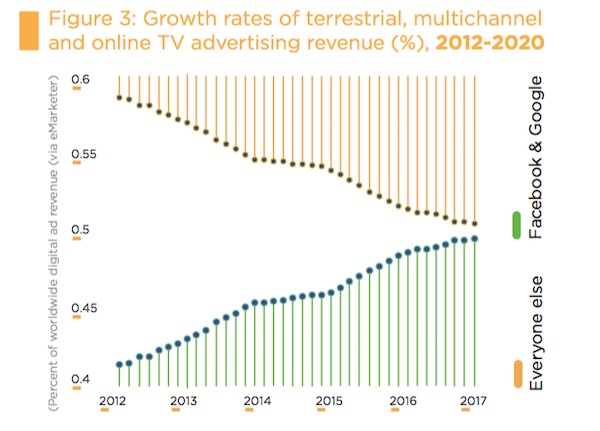 Should ad spend decline, marketers will spend more resources on analyzing data to figure out new ways of driving organic engagement, says Cheryl Huckabay, the head of brand media at ad agency The Richards Group. Attribution and measurement companies will become even more valuable as marketers try to understand the value of the customers they already have.