This one is for all of you who love the summer but have mixed feelings about the sun. Agency TBWA Toronto has partnered with performance sunscreen brand Zealios to launch an online app that uses sunlight to activate a digital discount coupon for its products.

Launched in 2009, Zealios’s flagship product is its sun barrier sunscreen, targeted mostly at performance athletes. It has 75 followers on its Twitter handle and only close to 500 Facebook likes on its page — hardly a giant in the skin care game. A tight budget and the need for a quick, simple and engaging way to get more people to try the small brand prompted this project.

“Zealios promotes an active outdoor lifestyle, so we wanted to create something to mirror their brand personality,” Ryan Speziale, the art director for the project, said. “That’s why we thought of using light to give an engaging experience and get people outdoors.”

The app, accessible through the Firefox browser on Android devices, uses the ambient light sensors built into mobile phones to detect sunlight and activate a coupon for a 50 percent discount on a 3-ounce tube. Even non-Android users can take advantage of a 20 percent discount, by going directly to the website. 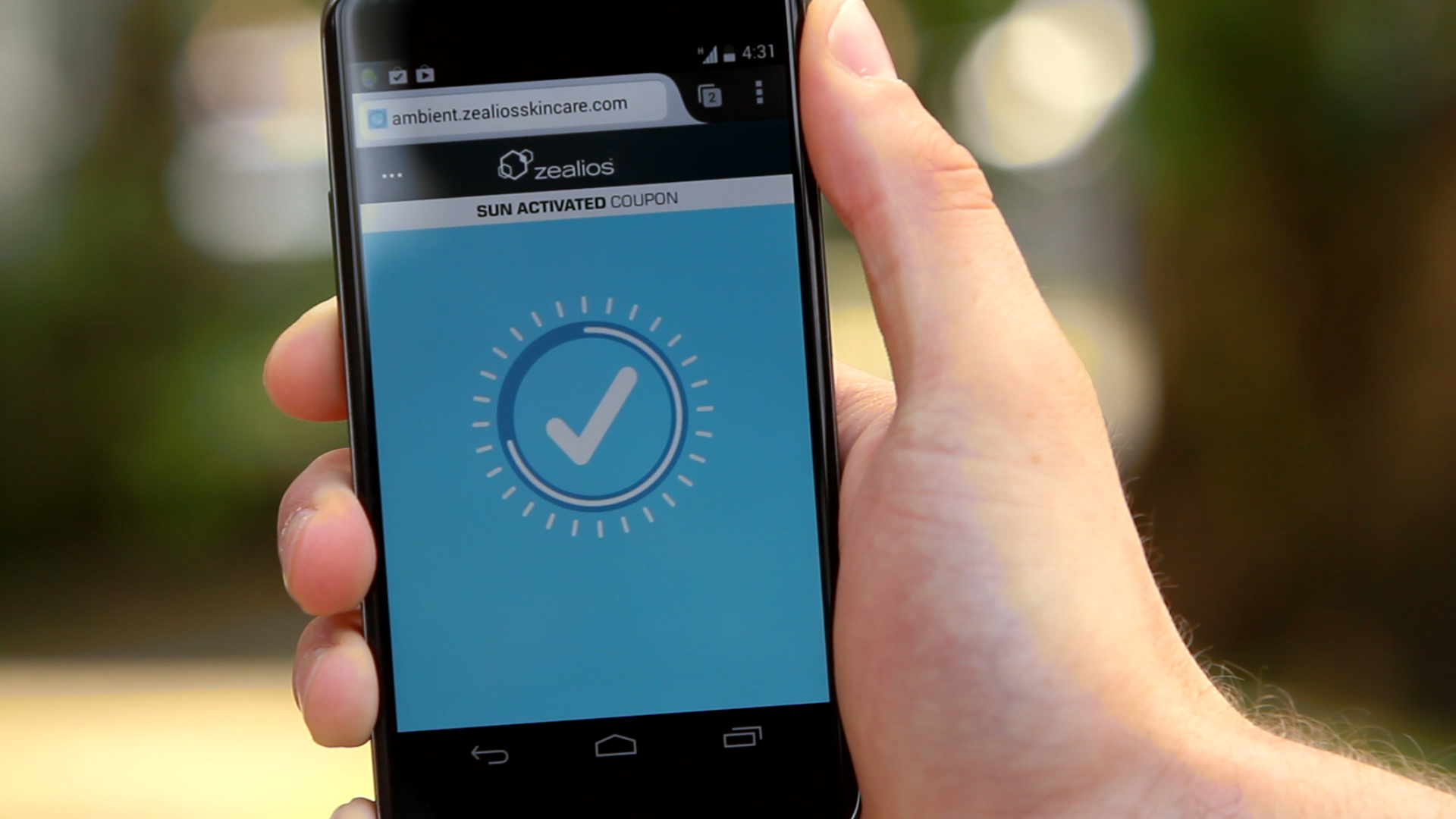 The sun-activated app only runs on Firefox, because all the other browsers don’t yet support the technology (though Chrome is reportedly working on it). While this was a concern, the makers wanted to be the first to implement it and create something unique. “It was more important for us to be the first ones in with the app than to wait for the devices and browsers to catch up,” Kevin Fuller, vice president of sales and Zealios co-founder, said. The app is scalable, he added, and it will automatically work on the other browsers when they catch up.

As far as spreading the word goes, the campaign is relying on the outreach of performance athletes that swear by the company’s products like triathletes Kim Kilgroe and Hailey Chura, cyclist Ben Jacques-Maynes, triathlete-cum-attorney Caroline Gregory and ultrarunner Catra Corbett, as well as through different social media platforms. They hope to see an increase in their orders this season by at least 5-10,000 and also hope to expand their geographical base across the U.S. and Canada.

Zealios is not the first skincare brand to build cool new technology for a promotion. Just last month, FCB and Nivea Brazil won the Cannes Grand Prix in the mobile category for its trackable app-powered wristband for parents who want to keep tabs on their kids’ whereabouts.