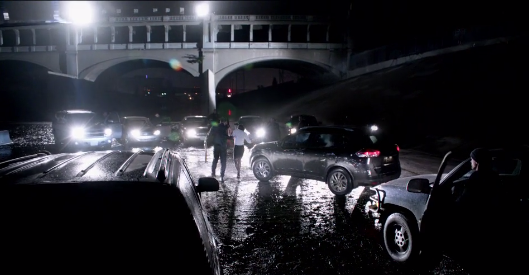 “The Briefcase,” which promotes  the 2014 Nissan Rogue, has an action-packed car chase video like something out of a Bourne movie. A geeky looking dude gets into a car from his car service of choice, Uber, and is then taken through a series of amazing car stunts, all to protect a briefcase. Several high-impact car collisions are shown leading up to an open-ended finale where viewers are left wondering what will happen to the unsuspecting Uber rider.

All of this is cool and fun, except when it hits too close to home: on New Year’s Eve a San Francisco Uber driver was arrested for a fatal collision with pedestrians, which took the life of a 6-year-old. The accident has ignited calls for regulation of Uber drivers, which aren’t subject to the same regulations as other taxi services.

“In deference to the recent fatal accident involving a former Uber driver, Nissan is working to suspend its video, ‘The Briefcase,’ which included a reference to the company. The piece will be edited out of respect for the family and re-issued.”

“The Briefcase” commercial has also been aired on TV for the last several weeks, though after the recent accident, it’s elicited negative Twitter responses from those who’ve seen it: 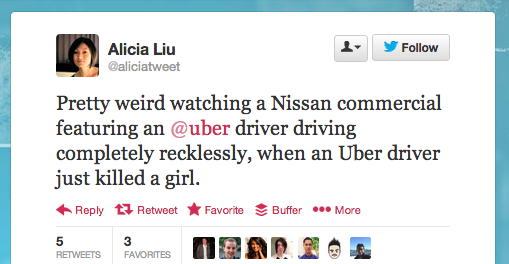 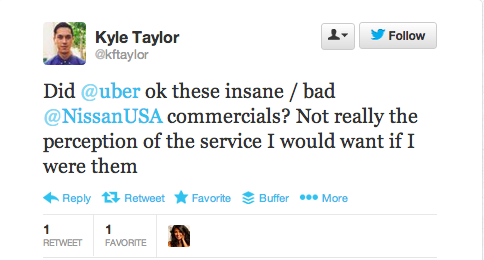 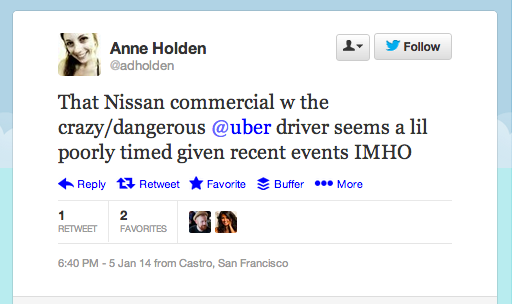 The video was shifted to “private” on Nissan’s YouTube channel Monday afternoon, though the video is still live on iSpot.tv.