Move aside Nike Fuelband, Oscar Mayer made an bacon-smell app 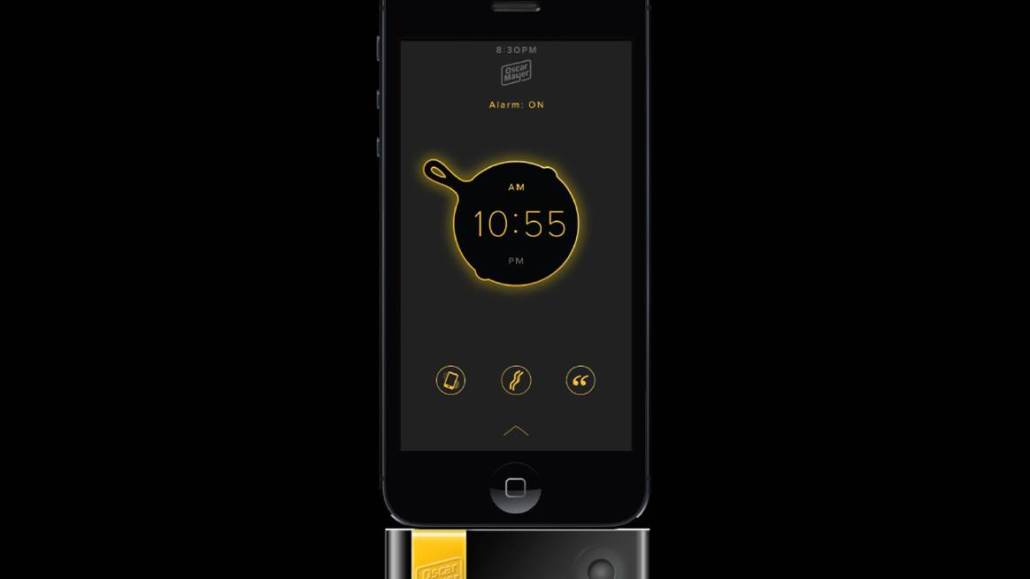 In a move that could entirely revolutionize marketing, Oscar Mayer has constructed an iPhone plugin that will emit the smell of bacon for users to wake up to.

The Wake Up & Smell the Bacon app works with a detachable plug that users insert into the headphone slot of their iPhones, much like Square only totally awesome and delicious. The app has an alarm function that will trigger the delicious, savory smell of bacon at a preset time in order to start the day off right.

Asked if this was a real thing, an Oscar Mayer representative replied, “Entirely serious.”

Oscar Mayer has set up a website where bacon lovers can enter to win one of the Wake Up & Smell the Bacon devices. Oscar Mayer said it produced “several thousand” of the devices. The site promises a “bacon awakening beyond your wildest dreams.” Visitors can enter once a day by answering three questions that help get across the brand message.

Digiday is receiving a test version of the Wake Up and Smell the Bacon device to verify that this life-changing innovation has actually arrived on earth.

Oscar Mayer partnered with a company called Scentee on the device; 360i did the videos and website. Olson Engage did PR on the campaign, which is a product of something the Kraft brand calls the Oscar Mayer Institute for the Advancement of Bacon. Assuming it works, Wake Up & Smell the Bacon will immediately head to the top of the list of likely brand efforts to win the Titanium Lion at Cannes. Below is the video introducing Wake Up & Smell the Bacon.