MoMA wants to unleash your inner art critic on Twitter 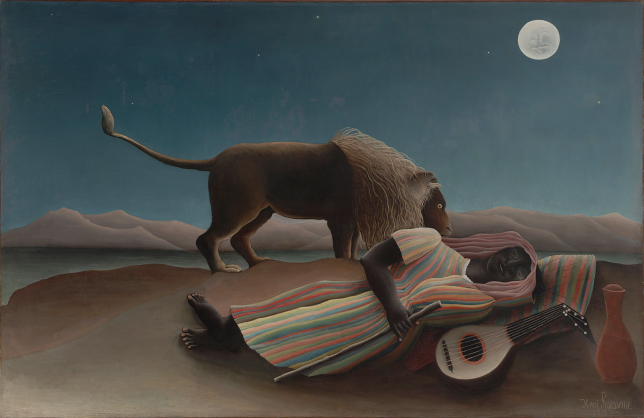 Art gives people feelings. Often very strong feelings, both negative and positive. Twitter is a place for sharing feelings, sometimes even a bit too prolifically. It was only a matter of time before the two worlds would collide. And it only makes sense that the collision would happen at SXSW, where New York’s Museum of Modern Art and the agency Possible launched Art140 Monday.

Now you can unleash your own inner art critic — no knowledge of history or technique required. Simply go to the Art140 website and have a look at six masterpieces under the headline “Let’s Hear What Art Means to You“: 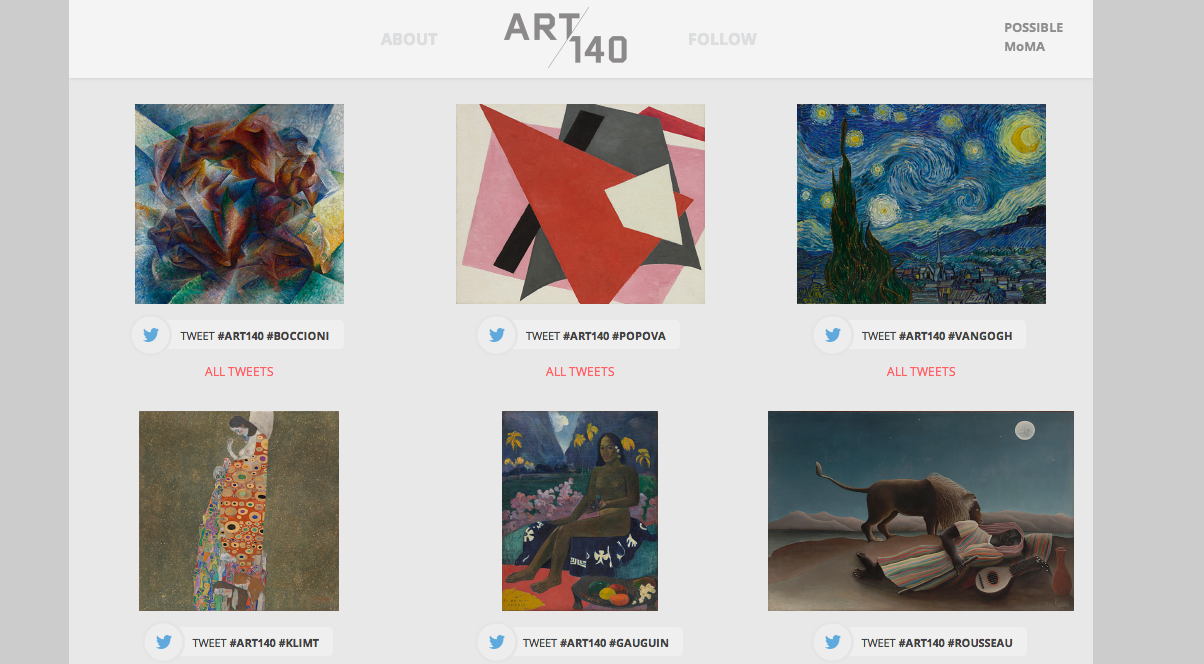 From there, users can choose a piece of work they are drawn to (or repulsed by) and tweet out what they really think about it:

Thought this was an origami flower at first… https://t.co/XPabEAZ4Bd #ART140 #BOCCIONI

https://t.co/UjyCvDbsuo #ART140 #POPOVA Makes me think in a designers desk, doesn’t make me feel anything, only think. I don’t like it.

i wonder how many art students have tried to replicate this painting in school #guiltyascharged https://t.co/k9k5yzTWFI #ART140 #VANGOGH

The end result, according to Possible and the MoMA, will come in the form of a study later this year, breaking down their findings from every tweet with the hashtag #Art140.

According to Victor Samra, the digital media marketing manager at MoMA, the project was created to democratize art criticism and spark conversations around great works online.

“We want to show this to people who aren’t interested in talking just about art or museum-world issues,” said Samra. ” We want people to see what others have said and see if their thoughts are completely different or shared.”

This isn’t the first time that MoMA has used digital tools to engage socially: MoMA currently asks its visitors to fill out cards completing the sentence, “I went to MoMA and…” and then posts them online.

Another project asked users to tweet their own artworks inspired by René Magritte’s “The False Mirror.” MoMA also has the largest museum social following: more than 1,660,000 on Twitter, and 1,520,000 on Facebook.  Since its launch Monday, the #Art140 hashtag has been posted to Twitter more than 1,700 times and counting, according to social analytics site Topsy.

“The fundamentals seemed to make sense to sense together,” said David Stocks, a senior strategic planner at Possible. “When you only have 140 character to use, it restricts meaning. It enables people to reduce themselves to simplicity. You can’t have pretension on Twitter.”