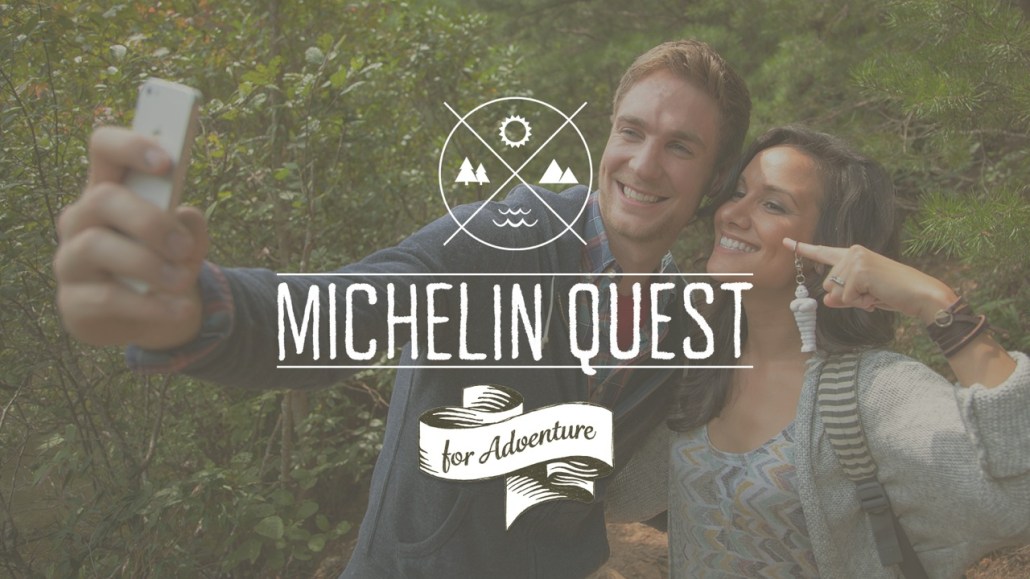 The Michelin Man is out there, somewhere, waiting for you to find him. Catch him if you can.

The tire company is celebrating its 125th anniversary by taking its fans on a scavenger hunt. The mission is simple: find Bibendum, its centenarian mascot (in the form of a tire-pressure gauge), through geocaching — in which participants navigate to a specific set of GPS coordinates and then attempt to find an item hidden at that location.

For the campaign, called “Michelin’s Quest for Adventure,” the brand has tapped the 2 million-strong geocache community to hide nearly 2,000 trackable Michelin Man tire gauges across the U.S. The company is encouraging its consumers to go find them for a chance to win prizes.

Once found, participants must post their discovery with the hashtag #MichelinQuest on Instagram, Facebook or Twitter. The 10 best photos will win a set of Michelin tires worth up to $1,000. The brand will also put the top 10 photos on its Facebook page, and the most-liked photo will win a trip to an exclusive Michelin-starred restaurant event or a trip to the Formula E electric race car series in Miami or Los Angeles.

“The history of our company is such that we’ve always encouraged providing a better way forward for people,” Jennifer Smith, director of brands for North America at Michelin, told Digiday. “It seemed like a very natural, fun and engaging way to recognize and celebrate our heritage around mobility, around an activity that is very popular within a passionate group of people.”

According to Michelin, while it had only produced about 2,000 trackables, it received nearly 6,000 requests from geocachers eager to volunteer to hide them across the country. Still, the hashtag #MichelinQuest isn’t creating too many waves just yet, with barely 70 mentions in the past three days since it launched, according to Topsy.

But Smith is unperturbed.

“People,” she said, “want to interact and engage with the Michelin Man.”