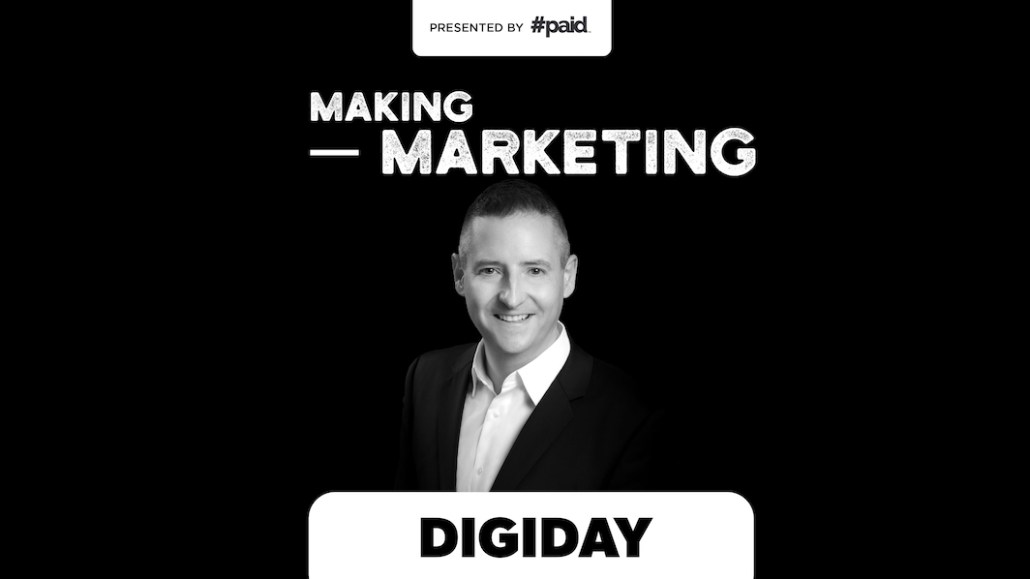 MetLife is as opposite to a start-up as any company you can imagine. But that doesn’t mean it shouldn’t think like one, says the company’s U.S. CMO, Hugh Dineen. “How does a 150-year-old company stay in the game? It’s the same thing in terms of how you think about marketing. Our customer is dynamic, and so must we be.”

Hugh Dineen joined Shareen Pathak on this week’s episode of Making Marketing to discuss the digital side of best in class marketers, why advertising is overblown, and how enlisting mid-sized influencers (“not the Kardashians”) is the way to go.

Advertising isn’t the whole game
“I have a heretical view when it comes to this: I’m almost tired of talking about advertising. Because advertising implies a one-way conversation. Advertising implies that we’re again hitting our customers over the head with a message. What we’re moving towards is ‘how do we start a conversation? How do we stimulate our customers to think in a certain way to even engage them so that they seek new information and that they’re informed?’ I’m sick of going to conferences where it’s all about advertising. Because frankly, it’s a small part of what I think best in class marketers actually do, and very often today, I find a lot of advertising lacks insight.”

How digital marketers inherited the industry
“If you flash back 10 years ago, the best in class marketers were all CPG. They were the P&Gs, the J&Js, the Unilevers of the world, the American Expresses of the world, who really had such a clear discipline of understanding customers and applying a formula of how they’d go to market that was about traditional use of media. And then you had at the same time an emerging class of digital marketers who were growing up very independently of those CPG marketers, almost completely independently. They were going out there and challenging the status quo while I think a lot of CPG was standing still. And the chaos of this new world has created I think a monumental shift in marketing where neither of these marketers that previously existed — the old CPG marketer or the new digital marketer — could survive independently. So the future to me is bringing these two together. This is where you have the headiness and the strategic thinking of an old CPG marketer together with the digital-first thinking of a new marketer. And on my journey thus far I found that the combination of those two is incredibly rare.”

Using mid-sized influencers with real stories
“If you could stimulate a conversation in a mass way through influencer marketing, we actually thought we could be much more successful. So we partnered with a number of influencers on Instagram and on Facebook who had a fairly large following of 10,000 or more. Not huge. Not the Kardashians. We went for the middle, very deliberately, who had had a life event, and who had learned from a moment and who had a very credible story to tell?”