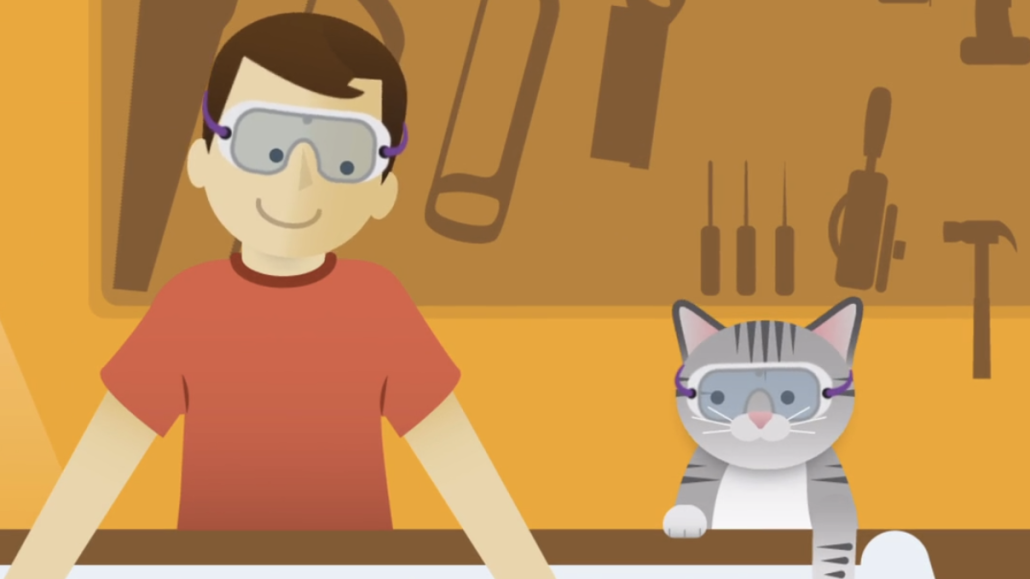 To cat owners that know what it’s like to have your cat sit on your computer keyboard while you try to type: there is a light at the end of the tunnel.

Big Heart Pet Brand’s Meow Mix has a version of Kickstarter for cats, Catstarter, which looks to address the cat and keyboard issue, among others, through product design. Launched last week, the site currently has three product ideas that cat owners can back: a fake keyboard and warming pad to trick your cat into thinking its your keyboard; a Twitter-powered cat feeder where owners can tweet to feed their cats; and a dish that funnels food to the center of the bowl to make it easier for your cat to eat.

“With Catstarter, we wanted to see where cats could eat and play for the better,” said Kimberly Rom, the senior brand manager for Meow Mix. “We wanted to solidify that bond between cat and cat enthusiasts across the country.”

If you don’t like any of those ideas, Meow Mix will also allow you to submit your own ideas that might be voted on in the future. On April 11, the votes will be tallied and the most popular project will go into production, with help from a product design firm. Those who backed the project will be given first access to the project once it’s ready for market.

According to Rom,  nearly 30 percent of visitors have cast their votes for a product. So far, more than 3,000 people have backed one of Meow Mix’s inventions, though only a handful have actually shared the product they’ve backed on Twitter or Facebook.