The 15 worst people of Cannes 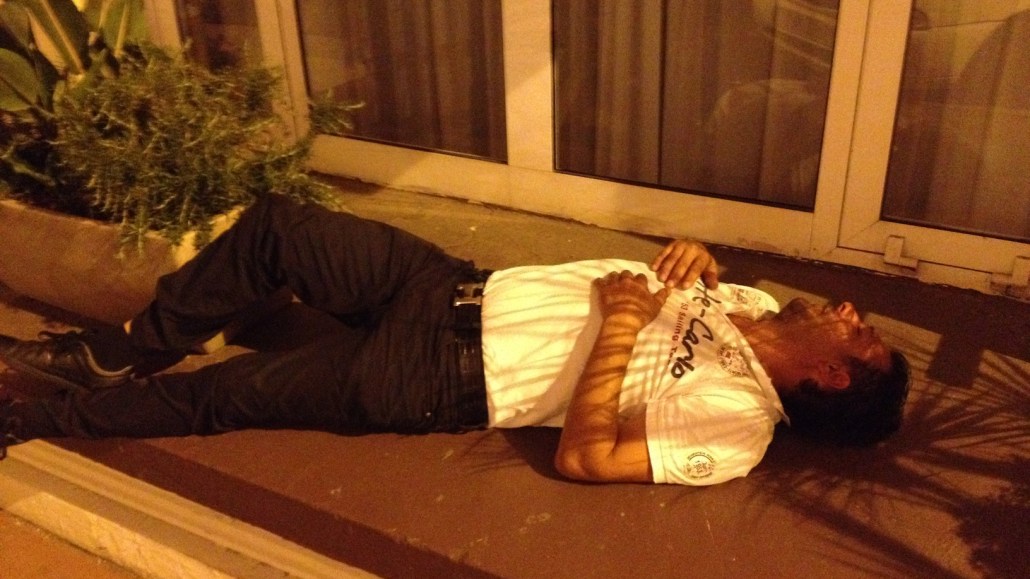 Cannes is full of inspiration, amazing celebrations of creativity, back-room dealmaking. It is also, to be honest, a place that can at times make you despair for humanity.

On the heels of our attempt to pinpoint the worst people of SXSW, we turn the spotlight on Cannes, a week of rosé-fueled bacchanalia, punctuated by self-aggrandizement and utter lack of perspective of just how fortunate it is to be sashaying tipsily around the Riviera in a fedora. Note: The people in the photos are not the actual worst people. They were just people I found that fit the stereotype. Mileage may vary.

The helicopter Instagrammer.
Yes, Cannes is a fairy tale place of luxury — and there’s nothing wrong with indulging. That said, there’s propriety. Act like you’ve been there before.

The passed-out guy in the street.
Cannes has grown far beyond its roots as a celebration of the craft of ad creativity. Still, the creative class holds sway — and tends to be the ones who get craziest. That’s cool — just don’t be this guy at the end of the night.

The ones who don’t admit it’s past their bed time.
Prior to my first Cannes, a former colleague described it as “Spring Break with business cards.” And so it is. The problem is Spring Break happens when you’re 20, not 40. Know when to execute a French goodbye.

The people who give ovations to anything. It’s not all drinking. There is a full-fledged conference at the Palais des Festivals. There, you’ll find cushy chairs that are ideal for napping. You will be awakened at regular intervals by the crowd giving hardy ovations for literally anything. Play a video: get an ovation. Screw up your talk: get an ovation. Curse: get an ovation.

The whistlers at awards shows. Cannes is also, of course, all about the awards. The gala ceremonies are known for the tradition of catcalling with a whistle. Cool at first. Quickly annoying.

The people who claim to hate advertising yet somehow manage to come to Cannes every year.
You know who you/they are.

The lascivious married guy.
Poor form. This is the guy who usually ends up passed out after getting the Heisman.

The aggressive scooter armies.
I haven’t run the numbers, but France has an alarming number of lower-leg injuries. This is surely related to the insane number of motorbikes speeding through narrow streets. Be forewarned on the Croisette, the Cannes main drag: You are not safe in a crosswalk.

The stereotypical French waiter.
Everything in Cannes takes forever. Waiters there are out of central casting for a diffident French waiter. Expect not only to pay $35 for a ham and cheese sandwich but for it to take an hour and then take another half hour while your server ignores your attempts to get the check.

The Americans complaining about the stereotypical French waiter.
It’s the Riviera. There are worse crosses to bear in life.

The one who orders the magnum of rosé.
This can actually be a cost-saving move. Still, you need to temper your enthusiasm. 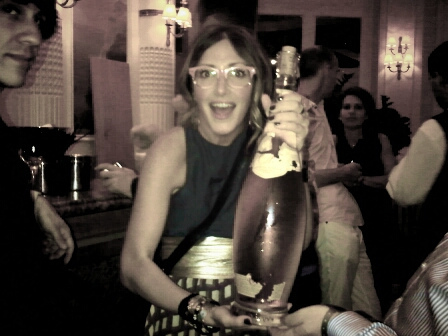 The mother-and-daughter duo in leopard.
I have no idea what’s going on with these ladies. They are a fixture of Cannes. They might not be terrible, but the act wears thin.

The guys negotiating with prostitutes on the Croisette at 3 a.m.
There’s the getting-a-prostitute part, then there’s the doing it in public in front of colleagues.

The creative in fedora and/or white sunglasses.
This is beyond cliche. It’s ironic that many creative people aren’t very creative in showing the world how creative they are.

The professional advertising awards juror who hasn’t made an ad in years.
There are people for large ad agency networks who judge awards all over the world. There is a circuit. Within agencies, many wonder the last time some of these people actually created a piece of work.

The reporter from India who insists in every awards jury press conference that the jury comment on the Indian entries.
Cannes is nothing if not parochial. The South Americans tend to vote in blocs. There have been agency networks who have done the same. Some countries take these awards very, very seriously.

The sad clown on break.

The group of drunk guys who walk home singing.
Beware of these cats during the World Cup. Highly unpredictable. You’re best to cross to the other side of the street.

The guy on crutches on Thursday morning.
Cannes can take its toll. By Thursday, there are, unfortunately, the walking wounded.

The job seeker who spends thousands on his agency’s expense account in the pursuit of a job at a rival agency.
It’s no mistake that agencies send their recruiters in their entourages.

The drunk guy in a linen suit with a conspicuous stain down his shirt that bears the unmistakable resemblance to rosé. The linen suit is tough to pull off. Sometimes, discretion is the better part of valor.

The serial Instagrammer of fabulous who forgets the grunts at home doing real work.
Best to count your blessings and show a bit of respect for those still trapped in the office dealing with real clients and real work.

BONUS:
The person who wears their lanyard everywhere.
Yes, the Cannes delegate pass is needed to get into certain things. But walking around town with it dangling from your neck is a good way to look like a goon.