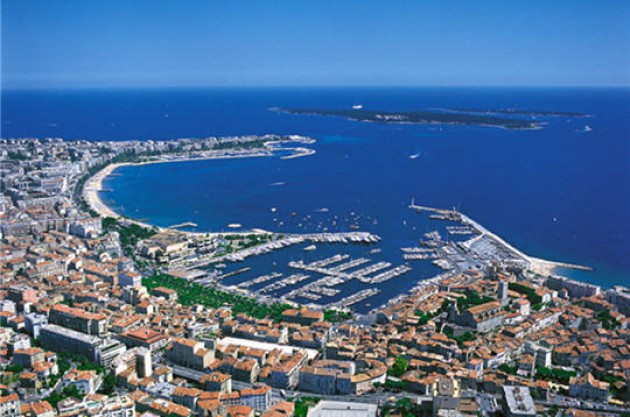 In just a few days, advertising executives from around the world will leave their offices in droves to head to the land where the rose flows like, well, wine.

For the uninitiated, Cannes — formally the Cannes Lions International Festival of Creativity — is a weeklong celebration of all things media (advertising, specifically) held in Cannes, France, each June. The festival has been doling out awards since 1954, and now bills itself as “the largest celebration of creative communications in the world.” With more than 37,000 entries from 97 countries across 17 categories submitted this year, it’s hard to argue against that claim.

But Cannes is more than a weeklong, self-administered pat on the back for the ad industry. Orbiting the fanfare of the Palais, where the awards will be doled out, there is the sideshow, which threatens to overtake the main event: Along the Croisette and aboard the yachts on the Mediterranean, you will find a slightly debauched affair rife with intra-industry romance, agency exec poaching, million-dollar handshakes and enough rose to sink the French navy. While this may beat a week at your desk, Cannes is not without its pitfalls. The pageantry, partying and incessant colleague carousing can prove overwhelming. 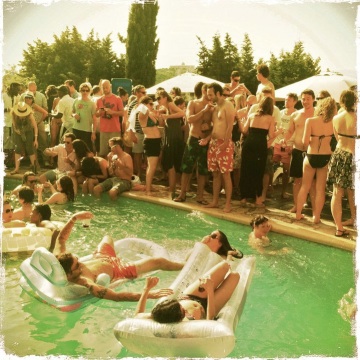 To that end, we’ve gathered advice from Cannes veterans on how to best maneuver the week. Below are tips for Cannes virgins on how to enjoy the trip while retaining some professionalism and a modicum of sanity.

Attire
Cannes is a laid-back affair, but it’s also an industry conference. The question, then, is whether it’s appropriate for men to wear shorts. R/GA’s global chief creative officer Nick Law said shorts are fine. Brent Poer, executive creative director at LiquidThread, said not all men can pull them off, however. “If you don’t have good-enough legs, your clients and colleagues don’t want to see it,” he said.

Transit
“Make sure you establish relationships with as many cab drivers as possible,” Mecklenburg said. “Cabs are rare in Cannes, so collect every cab card you can. A ‘dedicated go-to driver’ can be a life-saver if you need to get to a dinner or event in the villas off of the Croissette.”

Sessions
Cannes also affords the ambitious a great opportunity to learn from the best in their field via a slew of presentations, panels, onstage interviews and more. Poer suggested loading up on sessions focused on a particular area you’d like to know more about. You’ll arrive in Cannes a layman and fly out an expert.

To shirk the educational side of Cannes is even unethical to some. “As soon as shortlisted work is put on display in Le Palais, get yourself down there and view it without delay,” Jim Prior, CEO at London-based branding agency Lambie-Nairn, told Digiday. “Allow yourself a couple of hours to review it all properly – if you don’t, you will have wasted a lot of your company’s money and time.”

Law, however, said one’s time may be better spent outside Le Palais. “All of the content you can dip in and out of, and it’s all accessible elsewhere,” he said. “Our problem as an industry is not accessibility to content and inspiration.”

Huge’s vp of strategy and planning, Catherine Heath, suggested keeping a journal. “It’s fantastic to look back at past journals from over the years and see the patterns, themes, trends that defined each year.”

Professional demeanor
Don’t let the French Riviera’s calm, sunny atmosphere fool you: Cannes is still a work trip. All the partying is belied by the business potential for ambitious Cannes-goers. With clients and media buyers in abundance, deals can be (and have been) struck, Poer said.

“You gotta be prepped and ready. I refer to Cannes as my charm offensive,” Poer said.

That said, don’t kid yourself into thinking you’ll make a breakfast meeting after watching the sun come up on your walk back to the hotel (unless you don’t sleep in between).

“Do not schedule meetings before 11 a.m. They will not happen,” Brent Poer, executive creative director at LiquidThread, told Digiday. “If you can push to 11 a.m., you’re golden. And don’t schedule past 4 p.m.”

The concentration of ad execs in Cannes is conducive for networking, and young employees are wise to take advantage. “Don’t be shy. The brightest and the best are all in the same place for one week. Talk to as many people as possible,” said Will Barnett, executive creative director at London-based digital agency Adjust Your Set.

It’s important to only do this tactfully, though.

Some treat the networking opportunities as a venue for poaching talent or, conversely, job hunting, in which case it’s important to practice discretion. “The biggest rookie mistake is having got really drunk, approaching someone that has a profile in the industry and crashing their conversation,” Law said.

“It’s one of the sort of tensions of Cannes,” he added. “You’re there to network and be seen, but there are moments when people don’t want to be seen because they’re talking to a prospective employer.”

R/GA’s Law said to save your partying for late in the week, Thursday and Friday, so you don’t spend the event recovering. “At some point, you’re going to see the sun come up while standing in the Gutter Bar surrounded by broken glass and listening to some ranting Brazilian. So just make sure it’s later in the week,” he said.

Speaking of the Gutter Bar …
Gutter Bar holds a special place in the hearts of ad execs due to its role as the de facto late-night venue for Cannes attendees. Ad execs have been known to drink there until sunrise, if they’re not dragged out against their own accord first.

“It’s generally where bad things start to happen,” Poer said. “There are people who have been carried out — and we all talk about you, by the way.”

Despite all that can go wrong at Gutter Bar, ad execs still suggest going, even if it’s just as a spectator sport. “It’s nice to go to the Gutter Bar and see David Droga surrounded by giggling acolytes,” Law said.

Food & Drink
Food and drink are as integral to Cannes as the awards. But it’s important everyone find a moment of respite amid the chaos. Cannes veterans mentioned some of their favorite, less-populated Cannes haunts. Prior suggested taking a speedboat to the island of Sainte Marguerite and eating at La Guerite. Mecklenburg recommended La Cave, a restaurant in the nearby village of Mouans. Small pizza shops throughout Cannes offer a quick bite and a place to hide, Law said.

If you’re cheering for England this World Cup, go to Irish pub The Quay, Prior said. For “soccer” fans (e.g., Americans), Huge’s Heath said Morrison’s Pub is the spot.

The Hotel Du Cap-Eden-Roc Restaurant is also “a must-do that you won’t regret,” said Heath. Don’t order the steak tartare during the day, though, Law cautioned. Raw steak and egg do not fare well in the midday Cannes sun.

Award-acceptance etiquette
If you do win one of the highly coveted awards being dispensed this year, it’s important to remain humble.

“It’s a very fickle industry,” Law said. “One moment you and your agency are famous, the next moment they don’t care. If you take it very seriously, you can be disappointed later.”