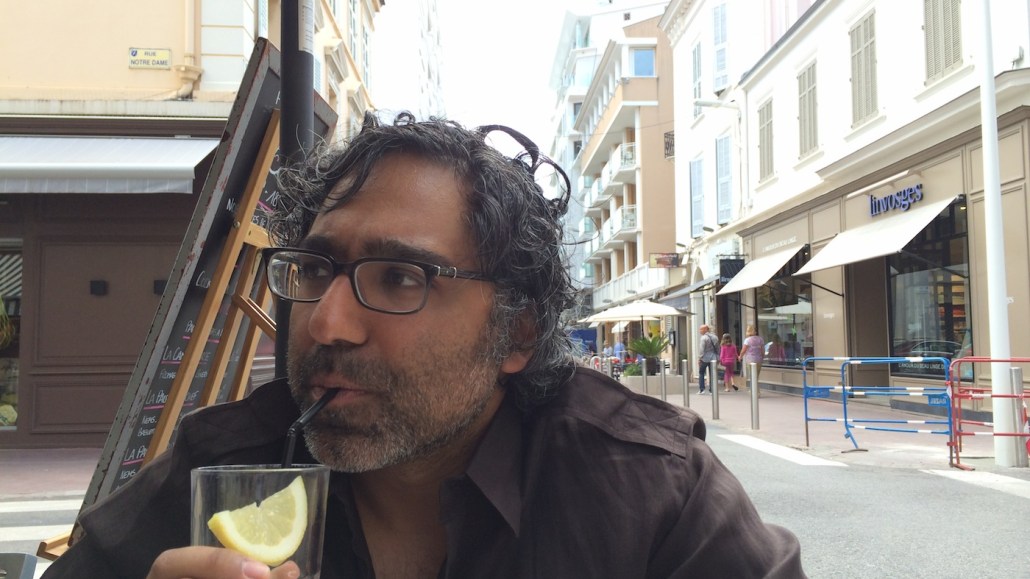 Jeff Benjamin is chief creative officer at JWT North America and a 10-year Cannes veteran, dating back to his time at Crispin Porter + Bogusky. He agreed to start Digiday’s weeklong Cannes Questionnaire by explaining his approach to the chaos of Cannes.

How many times to Cannes?
Maybe 10. Is this part of the interview?

Favorite part of Cannes?
Meeting people. It’s a little bit of a high school reunion. You meet people from your past lives, your old coworkers, then it picks up immediately and you have these amazing conversations

Worst part?
The rosé. Not so much Monday but by Saturday.

Do you go in for the sessions or is this mostly networking?
I’ll go to a few sessions, but for the most part it’s the networking thing.

As a creative, how do you feel about how Cannes has become something much bigger and more inclusive of the business side of media and technology?
It’s like CES. There are all these other events that happen outside the Palais now. All these companies are having their own sessions. I think it’s good.

You tweeted one year that you lost your phone only to find it under your bed. How did that happen?
That’s true. I still don’t know.

How different is it being here as part of a huge global agency network versus coming with Crispin?
There are a lot of people who care about Cannes. The biggest difference is that. There’s a lot of people super passionate about coming to the event, being around the people. At Crispin, you’re in Boulder or previously in Miami. The idea of Cannes wasn’t really a thing.

There are several celebrities here this week. Kanye’s here. Bono. Giselle Bundchen. Who is the one you’d most want to have a bottle of rosé with?
Bono. My background is interactive. I care about getting people to participate. This guy has some ability to pull everyone into a moment. He’s maybe the best at it.

One piece of work you think should clean up.
I love the Lowe’s Vine stuff. It’s one of those things where on one had it feels ordinary and the other it’s dropped from outer space. It’s fun lessons and using a platform that hasn’t been used very well. It’s not just a great piece of work that should be awarded, but you’d want to be part of it.

What’s one piece of advice for Cannes rookies?
Bring some money from the grilled cheese sandwich at 4am. It’s cash only.

Weirdest Cannes moment.
I was chairing the Cyber jury. You’re here for a week judging inside. You can’t go out. After the awards, finally I can go have some fun. Of course it was a big night. I woke up and realized i had to do a talk for these Kraft executives. It ended up going great. Later on, I told [Crispin PR rep] Steve Sapka that I had a weird dream there was this guy in my room. Steve goes, “That wasn’t a dream. We couldn’t wake you up, so we had hotel security go into your room.” The things is, I don’t think I was wearing anything. To this day, Steve won’t tell me if I was.

Last session you went to at Cannes?
My own last year where I brought my parents. They spoke about what we can learn from parents about nurturing creativity. Later on that day, I’m walking to our client event. I was wearing a linen outfit, and my parents had never seen me in a white outfit before. That’s when you realize the silliness of Cannes.

Do you feel guilty about being here when so many others are back in New York doing client work?
Yeah. I’ve thought we should have another event out there for them. On the one hand you want to feel a little bit guilty but I’m not sure what we’d do for them. A sleepover?