Cannes Diary: In defense of yachts; Kimye has landed, and more 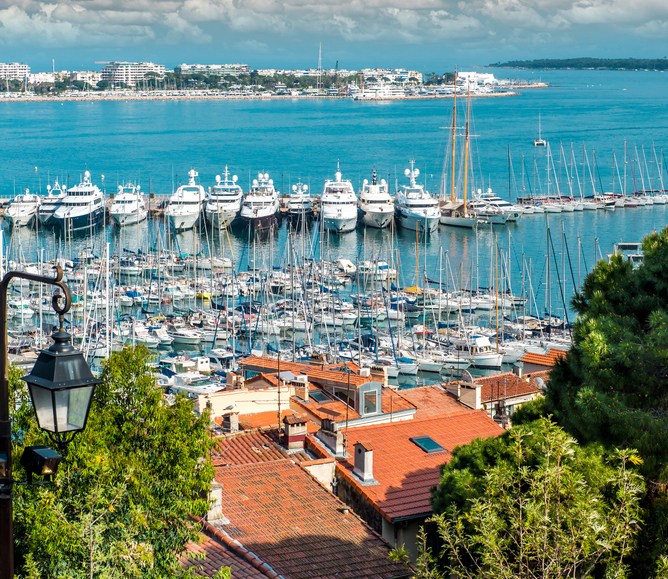 Cannes is a giant display of conspicuous consumption. One of the biggest symbols of excessive spending is the yacht. Years ago, as Interpublic Group was going through a wrenching period of financial problems, McCann got into hot water for its giant yacht.

That was 2005. Today, the yachts are back in force in Cannes, but they’re actually less a sign of crazy spending and more a savvy move by some to make their euros go farther. There are at least a dozen yachts bobbing in the Cannes Harbor, flying flags for ad sellers like The Rubicon Project, Scout, Pandora, True [X], MailOnline and others.

In speaking to the companies who have gone the yacht route — none of whom wanted to discuss their spending in public — the financial logic behind renting a yacht in Cannes becomes clearer. Price tags vary by size of the boat, the lavishness of the food and booze, but a nice-sized yacht can run a company $50,000-$60,000 for the week. That sounds steep, only it makes more sense when you dig into the numbers.

Most companies have anywhere from two to five people staying onboard. Figure $350 per night for the typical hotel rooms, and five employees’ hotel costs for the week would run a company over $12,000. The food and beverage is included, so most companies host happy hours and other events throughout the week. Doing the same at other venues in Cannes isn’t cheap. What’s more, the typical yacht has multiple meeting places, used throughout the day for client meetings.

And the final thing in the favor of yachts: They’re a nice break from the chaos of Cannes. One media buyer relaxing on a yacht during a meeting said the yacht was far preferable to a more open spot at a hotel terrace since she’d be constantly interrupted by people she knows. A cool breeze, a glass of rosé and some chicken satay skewers aren’t a bad way to spend an hour or so.

The Cannes version of the sneaker party.
It should be added at the outset that the following has not been confirmed. That said, it wouldn’t be a shock: One piece of scuttlebutt floated on the Carlton Terrace last night had it that one enterprising, and clearly deep-pocketed, media seller was offering helicopter rides to Monte Carlo — for a custom tuxedo fitting. The specificity of the rumor makes me inclined to believe it. The over-the-top nature is, for better or worse, precisely what smacks of authenticity.

Celebrities and Cannes go together like chocolate and peanut butter. This year has brought out Mariah Carey, who sang last night at the MediaLink-Clear Channel dinner for movers and shakers, as well as actor Patrick Stewart and various other notables from outside advertising. Perhaps the biggest presence, however, is Kanye West and his bride, Kim Kardashian. West gave a quintessentially Kanye performance yesterday during a session, followed by hanging out with his wife and mother-in-law at the MediaLink-Clear Channel party. The duo is expected tonight at a party aboard MailOnline’s yacht.