McCann’s Harris Diamond: Hire people who are better than you 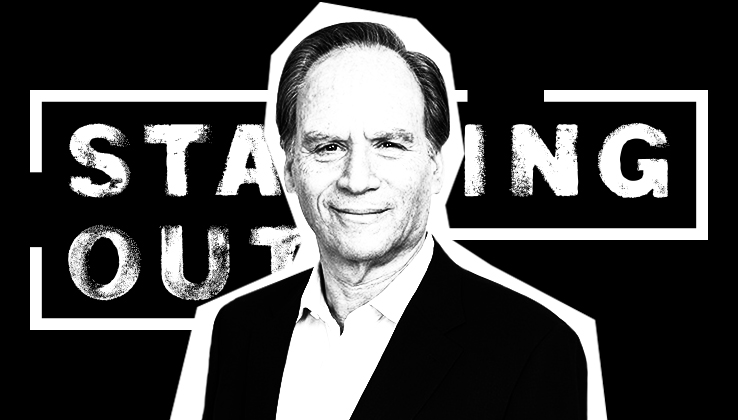 McCann Worldgroup CEO Harris Diamond has taken the IPG network to new heights since he came on board in 2012. In this episode of Starting Out, Diamond talks about work-life balance and an important lesson he learned in management.

For my first job, I worked for Prudential Insurance company. My first day there, I was petrified. When they gave me my business card, [which said my title was college trainee], I was afraid that they didn’t understand that I’d already gone to college. That I’d blown the initial interview process and somehow indicated that I had four years ahead of me. Later, I found out that you hold that position for six months, but those were a tough three hours.

They used to do a management training program in those days. At one of those meetings, there was the senior vice president. He had a monkey on his shoulder. I got called up, and he asked me a question. In front of the audience, the monkey left him, and it was on my shoulder. The question was, “We got this meeting coming up; we’re trying to figure out the agenda,” something like that. So I did what most bright guys on the make want to do. I wanted to ask him really smart questions. And slowly but surely, the moderator started moving the monkey from my shoulder, the more questions I asked him, to his shoulder.

The message is it all depends on where you want the monkey to be. In this case, what they were telling me was, “you control that.” If you make the decision that when you get work, you’re going to do it for other people, then the monkey is on your shoulder. When you give work, the work stays with the people you have given it to, so the monkey stays on their shoulder. The message was work-life balance.

When I left Prudential, I always was in a position where I was able to direct what I was doing. It’s got upside or downsides. I found over time, the most important thing was, find great people who could do work as good or better [than you]. Find those people; you’ll build a great business. If you don’t, the monkey is on your shoulder. You’ll have a small business and a small role. You need a lot of people to partner with and to make things happen. I’m pretty focused on finding people who can hold that monkey.

I never thought about a career. Years ago, somebody told me what their five-year plan was, and I came out of the room thinking, “Oh, God, they’ve got a five-year plan. I’m really screwed.” I never thought long term like that. It’s a different world today. Back then, you basically thought, especially if you didn’t have kids, or a significant other or spouse, you thought about what you were doing that night or maybe the weekend.

Career was a secondary issue. I won’t say I went with the flow. There were certainly things I enjoyed doing, but as I found things I enjoyed doing, I just kept doing them. Over those years, there were decision points, but each one of those was a moment of time. None of those was my five-year plan. That is a better way to build a career. Find a job you like; run it as long as you possibly can. When it’s no longer working out for you, look for the next thing.