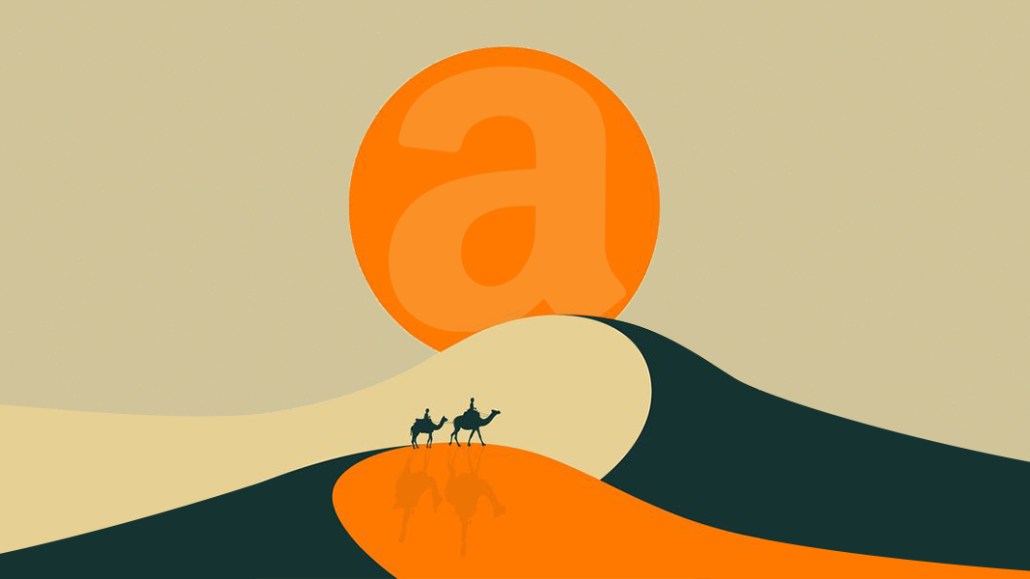 Amazon has a growing ad business, but its ad infrastructure doesn’t seem to be as developed as Google’s or Facebook’s. For instance, ad buyers think Amazon Marketing Services — a self-serve paid search marketing tool that is supposed to help advertisers efficiently run search campaigns on Amazon — requires lots of manual work, and its reporting is inefficient.

For now, AMS offers three ad formats: sponsored products that appear below search results on Amazon, headline search ads that show up above search results and product display ads that are located on corresponding product detail pages. Four media buyers interviewed for this story think that while AMS is critical to advertising on Amazon, the self-serve search marketing tool is not as handy as they expected.

“AMS is a growing business that is extending to both first-party sellers and third-party sellers, and AMS is becoming a competitive search engine to Google,” said Nich Weinheimer, marketing director for Amazon consultancy Buy Box Experts. “But Amazon doesn’t have the DNA of Google, whose business is built upon search ads. Amazon’s core business is still e-commerce, so it is playing catch-up in advertising to become an equal player to Google and Facebook.”

Google and Facebook have a big head start on Amazon when it comes to building easy-to-use ad systems. That make a difference.

“Setting up AMS campaigns is laborious, and budget control remains manual,” said Todd Silverstein, U.S. head of performance marketing for Edelman. “The auto-pausing of ads for out-of-stock products has its pros and its cons.”

A New York-based ad buyer, who prefers anonymity, echoes Silverstein’s sentiment. This person said “speed is the biggest limitation” with AMS because compared to Google AdWords, it takes longer to set up and manage campaigns, as well as get campaign results.

“AMS is a manual tool. It didn’t come with automation until now because AMS is built as it is used,” said the New York-based executive. “Automation of AMS is Amazon’s priority. I believe most third-party tools that were initially designed for Google AdWords will adapt to AMS in the first half of 2018.”

AMS doesn’t allow advertisers schedule and download campaign reporting in a granular and efficient manner, forcing ad buyers to manually click into each campaign in the AMS dashboard to get performance data, according to Weinheimer. This is cumbersome for advertisers, especially those with a large range of products, because one AMS campaign is typically geared toward one product. (The only AMS ad unit that lets companies group multiple products into one campaign is headline search ads). As a company’s catalog grows, its AMS campaign list lengthens, making it laborious to pull performance data per campaign and update campaigns on a daily basis, said Weinheimer.

In addition to inefficient campaign reporting, Weinheimer believes the creation of product display ads and headline search ads is clunky. This is because AMS doesn’t function the same way as Google AdWords — AMS goes beyond keyword targeting. For instance, with product display ads, advertisers must manually set up their targeting with shopper interests (fashion or microfiber towels, for instance) or target a list of Amazon standard identification numbers (an identification number that Amazon gives to each product).

“Headline search ads is a keyword-based ad unit, but you need to create a headline and decide which landing page the ad should direct shoppers to,” Weinheimer added.

Meanwhile, agency executives said although advertisers can see if their keywords in an ad campaign are low-, medium- or high-volume keywords on AMS, they can’t see their actual share of that volume, which could lead to wasted ad spend on Amazon search marketing. On Google, however, advertisers can research the volume number of a given keyword and compare that to the clicks the advertiser gets to determine how much market share they can go after, said Weinheimer.

At the same time, agency executives think it’s unfair to compare AMS to Google AdWords because they have different algorithms: Google AdWords is more focused on page information and relevancy of keywords, while Amazon ranks search ads based on product sales, product reviews on the platform and then keywords, according to media buyers. Both Google AdWords and AMS run second-price auctions.

Amazon is aware of advertisers’ struggles and working to improve its advertising tools so they can support high-volume campaign management and execution. “It’s definitely still early days,” said an Amazon spokesperson. “Agencies and advertisers have shared a lot of valuable feedback with us as we work to increase the efficiency of our tools. It’s an area on which we’ve been very focused, and that will continue to be the case.”

Despite the challenges with AMS, retailers are spending more on AMS before the holidays, and performance marketers think automation will come to AMS next year. “Amazon is already working with companies like Kenshoo on automation, and I believe more data API [application programming interface] integrations [with AMS] will go live in 2018,” said Weinheimer. “We should give Amazon credit — the company is putting amazing effort in agency support and ad product development.”

Correction: An earlier version of this story mistakenly said that AMS ran a first-price auction. It has been corrected to say AMS employs a second-price auction model. Digiday regrets the error.