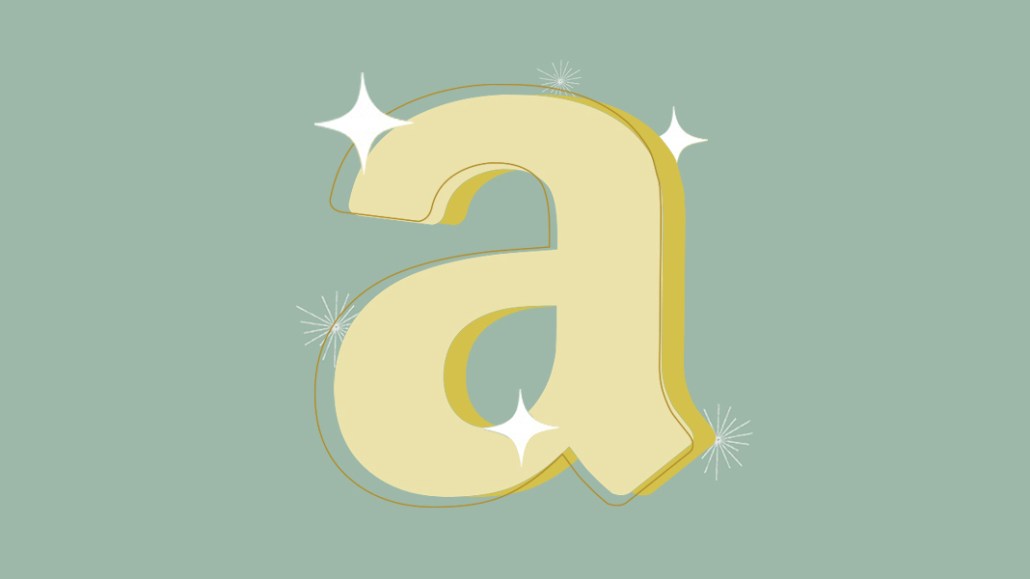 Amazon has its tentacles in so many industries — from shipping logistics to advertising to payments — that it can feel impossible to keep up with its latest move or fully grasp the extent of its influence. Digiday Media is launching a monthly Amazon briefing, where we’ll compile the latest news to know about the retail juggernaut from across our coverage on Digiday, Glossy and Tearsheet while also drawing on insights from Digiday Research.

We cover Amazon from several angles, across media (how publishers are working with Amazon as an affiliate partner, for example), marketing (what’s the difference between AMG, AMS and AAP, anyway?), fashion (including how Amazon plans to crack it — and the odds against it), and finance (in case you haven’t heard, the Bank of Amazon is coming).

Sign up here to get the monthly briefing in your inbox.

The latest news from Digiday Media:
Timeline: A look back at Amazon’s big year
After reaching $22 trillion in global retail sales in 2016, the e-commerce giant flexed its tentacles and entrenched itself even deeper in a handful of industries this year, like physical and online retail, advertising, video streaming and payments. From the $13.7 billion purchase of Whole Foods that shook the grocery industry to the fast rise of its server-to-server solution, Amazon had an almost alarmingly action-packed year. (Digiday)

As Amazon grows, agencies see opportunities in Amazon marketing practices
There’s new movement in agency land that’s hoping to convince brands that to crack Amazon, they need more than just any old media-buying agency: They need a one-stop shop that will do everything for the brand on Amazon, including designing creative assets, building a voice tool on Echo and figuring out how ads should fire. (Digiday)

‘This was a pivotal time’: Amazon’s year in fashion
In an action-packed year for Amazon, the retail giant expended plenty of energy building up its fashion business in 2017. From private-label launches to the debut of a Stitch Fix–like service, Amazon Fashion hit a stride in 2017 that signaled the pace for the retailer’s fashion ambitions going forward. (Glossy)

Canada Post’s partnership with Amazon Cash stops short of postal banking
A trip to the post office usually doesn’t come to mind as a way to add funds to an Amazon account. But thanks to a partnership between Amazon Cash and Canada Post, Canadians have been able to do just that at any of Canada Post’s 6,200 locations. (Tearsheet)

Amazon’s reality check: Why the e-commerce giant may not take over the world
There is no doubt it’s been quite the year for Amazon. But Amazon’s ascendance is no foregone conclusion. After all, at the turn of the century, Microsoft was thought to have an unassailable position with a growing ad business and media ambitions. You know how that turned out. For Digiday+ members only. Subscribe here.

What insiders are saying:
“Anyone who doesn’t take Amazon seriously as a competitor is not paying attention. [Brands] really need to think about the needs of the beauty customer and how they can make the overall experience richer,” said Ian Baer, the chief strategy officer of the marketing agency Rauxa, in a recent Glossy story examining Amazon’s beauty strategy.

Around the web:
The Future of Retail in the Age of Amazon (Fast Company)

Stats and research:
Amazon is expected to capture as much as 50 percent of holiday e-commerce sales this year, according SunTrust analysts.

From Digiday+, our membership program: 90 percent of media execs see Amazon as a rising threat to the Facebook-Google duopoly.

Did you enjoy this edition of the Amazon Briefing? Sign up to get it every month.