Inside the agency: Firstborn 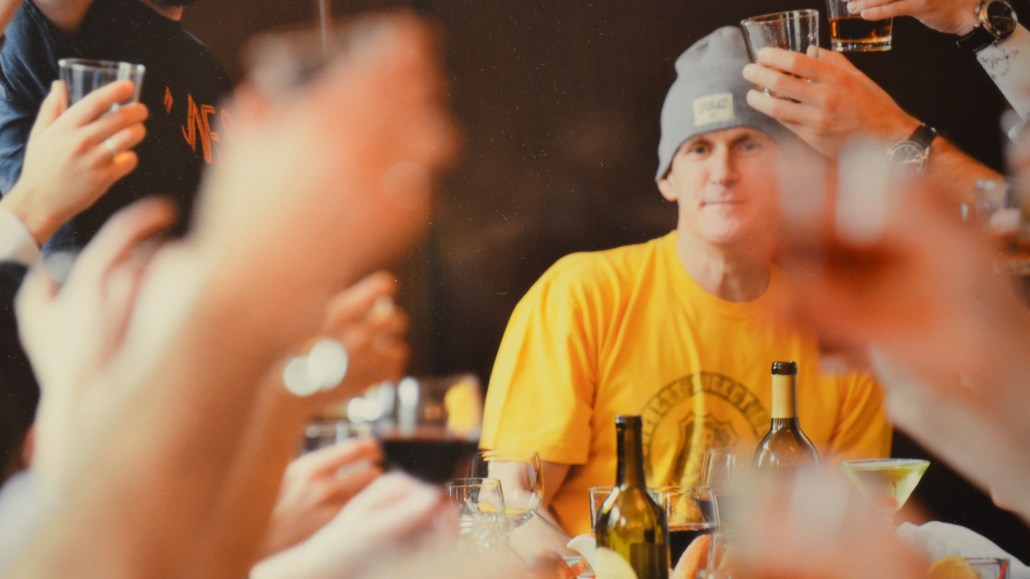 The founder and CEO of Firstborn, Michael Ferdman, started the company in 1997 in Hell’s Kitchen, before he actually had a firstborn of his own. The agency has worked with celebrities like Madonna, for whom it produced a digital version of her “Music” album, and currently works with brands like Mountain Dew, Aflac and Under Armour. For fashion week this year, it created a content-driven website for Tory Burch, which streamed the NYFW show alongside branded social content. Three years ago, and two children later, Ferdman sold the company to Dentsu and helped move the company to lower Manhattan.

Now, situated in the landmark AT&T building, Firstborn also shares floor and studio space with sister digital agency 360i. On its own, Firstborn has a staff of around 90.

Its walls are lined with “family photos,” as Dan LaCivita, president of Firstborn, likes to call them. Many of the photos feature employees skating on ice and shots of yearly Firstborn holiday parties at Peter Luger Steakhouse:

The agency goes out of its way to welcome newcomers warmly, lest they feel like the new kid at school eating lunch alone on the first day:

“If you’re a newly hired designer, your creative director will hand-write you a postcard and send it in the mail,” said LaCivita. “And on that postcard is a website that’s integrated with Google Maps that’s sort of like a ‘Welcome to New York City’ map. And we include our favorite Firstborn spots, so that people already feel included within the culture when they get here.” On each new employee’s desk when they arrive is a pack of Firstborn gear, including an agency branded Firstborn hat and shirt.

After each employee’s first year, another piece of swag arrives: the Firstborn-branded hockey jersey. Ferdman explained the significance of hockey as an analogy, stating that within the sport, “everybody is important, for real.” It’s difficult, Fredman noted, to have an ego when playing hockey.

But, hockey jerseys aren’t the only perk the agency offers.

“From the very beginning, I freaked out about taxes and insurance,” said Ferdman. “These aren’t sexy things. At Firstborn, we’ve always paid everyone’s insurance; we’ve never asked anyone for contributions. We also have a partner at an accounting firm that does everyone’s taxes, and we pay for it. We get these great emails from employees thanking us — it really takes away people’s anxieties.”

Once you get to the agency, though, LaCivita echoes Ferdman in saying it wants to leave egos at the door.

“There’s a no-diva policy here,” said LaCivita, “It’s obvious within the first week, and there’s absolutely no room for it here. The people who’ve been most successful here have a little bit of that entrepreneurial spirit in them. Even though we’ve been around for 17 years, it’s very much a self-starter place. There’s an incredible amount of support, and very little hand-holding.”