If there’s anything that digital media execs don’t want more of, it’s email.

While new tools for communication pop up every day — whether it’s texting, Gchatting, tweeting or using internal platforms like Chatter and Yammer  — email is still the main form of professional communication. In 2013, 182.9 billion emails were sent every day, according to The Radicati Group’s “Email Statistics Report, 2013-2017.” And it’s probably safe to say that digital media execs are on the receiving end of a lot of them.

But nobody wants to spend all of their day sifting through emails — nor do they have the time to. That’s why Digiday asked a few industry execs to share their special tips and tricks on how they manage their overflowing inboxes. You may not get as many emails as they do, but you can definitely learn a thing or two about how to streamline your habits. Also, make sure you aren’t guilty of any of these execs’ email pet peeves, lest you want your emails to go directly into the trash. 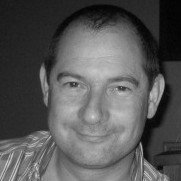 Rob Norman, global chief digital officer, GroupM
Email stats: Norman said he’s never counted but shared that it’s “less than you would think.”
Email pet peeves: “The most annoying thing is email that fails to advance the opportunity or contribute to solving the problem — there’s a lot of that!” said Norman.
Tips/Tricks
Norman said he prioritizes by sender:

“Read Martin’s first — and read newest first on any chain,” said Norman. (Editor’s note: If Sir Martin Sorrell isn’t someone who sends you emails regularly, this first tip still applies to anyone you know who is knighted or has a net worth north of $100 million.)

Norman advised waiting one hour before responding to emails, unless “something awful will happen in less than an hour.”

“If you decide to reply, do it in a way that has the greatest chance of achieving closure,” said Norman. “Think carefully before hitting reply all if you get want to tell someone you can’t make tonight’s agency softball game.” 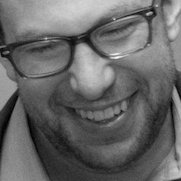 Jon Gibs, vp of Analytics, Huge
Email stats: Gibs said he gets more than 300 emails a day. “Of those, only about 100 emails actually require some type of attention, and normally only 30 require an immediate response,” said Gibs. “I tend to do batch deletes on Saturday morning while watching cartoons with the kids.”
Email pet peeves: “Reply All. It is rarely useful, most annoying and can devolve into a reply-allpocalypse. Also email in meetings. We are all guilty of it, and sometimes it is a necessity. But try to keep it short — otherwise, why are we in a meeting?”

Tips/Tricks
As Gibs explaied, he has developed an efficient rules-based system for email management.

“I created a response matrix using a combination the Outlook rules function and the VIP function on my iPhone,” said Gibs. “First, I have a pretty select list of VIPs on my iPhone: the people whose message pops up on the lock screen on your phone. The people on this list include my wife (first and foremost), Huge CEO Aaron Shapiro, a few colleagues who I work with most frequently and a handful of key clients. These are the people who I respond to immediately, no matter what, no matter where I may be.”

“I then use Outlook rules to break up emails into folders based on two axes: the person who has sent the message and how critical my response is on the email. I first use rules (and the folders those emails are sent to) to segment people by the following groups: team members, agency management or a client. This comes first.

“Next, I’ve developed a series of rules and tiers to sort emails and have created prioritization around these rules. The other segmentation axis is how critical it is that I respond. If I’m on cc, I use rules to de-prioritize those to second tier. Third tier includes messages from our in-house social network, and fourth tier includes newsletters and vendor emails.

“All that said, my hope/prayer is that someone creates a text-based filtering system that allows me to create rules based on topics rather than business. But until that happens, I’ll stick to my own complex system.” 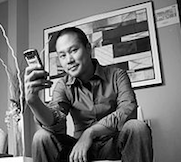 Tony Hseih, CEO, Zappos
Email stats: Hsieh told Digiday he gets 1,000-2,000 emails a day. He amazingly reads all of them, and either deletes or saves each one depending on importance. He’s gotten to “inbox zero” fewer than 10 times in the last decade.
Email pet peeves: “People asking me questions that are already answered elsewhere,” said Hsieh.

Tips/Tricks
Over the past few years, the Zappos CEO found himself feeling constantly overwhelmed and stressed out about his ever-growing inbox. That’s why he took time at the end of 2012 to experiment with an email management system he devised, which he calls “Yesterbox.”

Finding success with his new email management technique, Hsieh decided to share  his system by creating a website, yesterbox.com, featuring a detailed outline of his email system so others could try it for themselves.

As Hsieh explains on the Yesterbox site, the system is based on the “basic premise is that each day your to do list is yesterday’s inbox instead of today’s inbox.”

“Your ‘to do’ list each day is simply yesterday’s email inbox (hence, ‘Yesterbox’),” he writes on the site. “The great thing about this is when you get up in the morning, you know exactly how many emails you have to get through, there’s a sense of progress as you process each email from yesterday and remove it from your inbox, and there’s actually a point when you have zero emails left to process from yesterday.”

Hsieh’s Yesterbox method enables him to be done with email obligations by noon each day. While his email responses are not on the same day, he has become more responsive to emails in general thanks to his system.

Hsieh advises not responding to emails within the first 48 hours if waiting doesn’t cause any harm.

“This is the part that really takes a lot of discipline for the first week or so, because it is really, really tempting to respond to emails that come in,” explains Hsieh on the site. “Basically, you need to psychologically train yourself to not worry about emails that are coming in. … Don’t think of them as being in your inbox, that’s tomorrow’s to do list. Your focus today is just on clearing out yesterday’s inbox.” 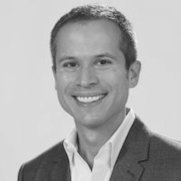 Barry Lowenthal, president, The Media Kitchen
Email stats: Lowenthal gets about 200-300 emails a day.
Email pet peeves: “I hate when people reference all the spam they’ve sent me trying to make me feel like I’m being rude by not responding,” said Lowenthal. “It’s like I should feel bad about not responding to a spam I never asked for?  I wonder if I can take these guys to small-claims court.

“I’m always deleting and filing so I’ve gotten really good at telling whether an email is spam by looking at the sender and the subject line,” said Lowenthal. “Sadly, I’ve gotten very ’email cynical,’ so I delete and ask questions later.”