‘I’m ambitious for us’: How Peloton CMO Dara Treseder made community her selling point 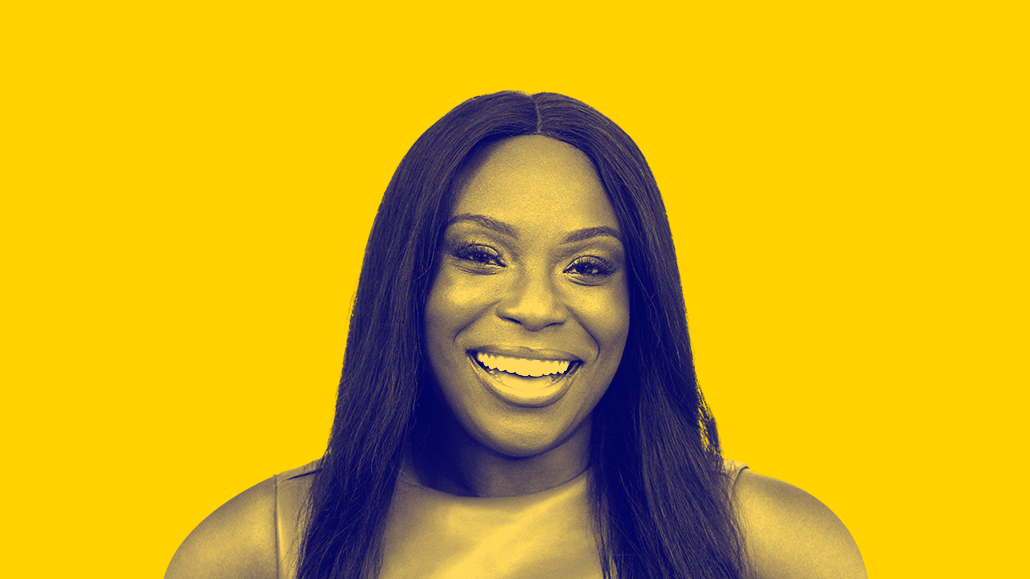 Typically, Treseder’s husband has his own workout nearby while simultaneously motivating the mother of two and Peloton’s SVP and global head of marketing and communications. “I don’t always hit a personal record, but I’m more likely to do that when we work out together,” she said.

Whether it’s a joint workout with her husband or a virtual ride with the Black Girl Magic Peloton group, which allows users to workout together from home, there’s a theme of togetherness that pushes and inspires Treseder. In fact, the Nigerian-bred marketer has a mantra her mother instilled in her from a young age that serves as a career guiding light: Ambition with contentment.

“That’s one of the things that really guides me and pushes me,” Treseder said. “I am ambitious, but I’m not ambitious just for me. I’m ambitious for us.”

Since stepping into the role at Peloton last August, where she joined from a chief marketing officer post at 3D printing company Carbon, Treseder has injected that mantra into Peloton’s current community-based marketing strategy and consolidated the fitness brand’s marketing organization. Per a Peloton spokesperson, the brand’s marketing organization was split up among two to three different leaders. Since Treseder’s arrival, all marketing operations now fall under her leadership. It has turned heads at both Peloton and throughout the fitness and media industries. Marie Claire magazine singled her out as “the reason you’re obsessed with Peloton.”

After suffering a string of bad publicity, including a marketing misfire with its controversial 2019 holiday commercial that many found misogynistic and stirred up a significant meme storm on social media, the brand has seemingly found its brand course with Treseder at the helm. Under her leadership, Peloton has shifted gears to make members the focus of its marketing efforts. This past July, Peleton’s marketing team put out its “It’s You. That Makes Us” campaign, featuring decorated athlete Usain Bolt alongside everyday Peloton users, touting the company’s community, made up of nearly 6 million users.

According marketers interviewed for this profile, Peloton’s new brand direction is synonymous with Treseder, who has focused marketing efforts to highlight the many different brand and lifestyle connections between Peloton and its users and audience. “Dara is touching almost every way you can engage with Peloton and the experience they’re delivering,” said Lee Leggett, CEO of Wunderman Thompson Australia/New Zealand.

“She is warm and caring and empathetic in a way that is unusual among senior executives. That is endearing and has led us to this mutually trusting relationship much more quickly than I would have expected,” said Brad Olson, Peloton’s chief business officer.

What makes Treseder good at what she does is her ability to communicate and align teams around brand marketing strategy, Olson said. She’s infamous for working across the aisle. It’s a tactic she leveraged shortly after joining the team when the fitness technology brand launched its “We All Have Our Reasons” campaign, which featured Peloton members for the first time.

On any given day, Treseder says she can be found talking with Peloton’s lifecycle media and analytics team for a very quantitative-driven conversation. Or maybe she’s using a different side of her brain in a creative review, looking at upcoming advertising campaigns. In June, the brand launched it’s “Nothing Like Working Out From Home” campaign with indie ad agency Mekanism. She’s busy, but that’s by design to ensure she’s firing on all cylinders, the marketer says.

Ahead of Treseder joining the team, Peloton was on a high with success driven by the COVID-19 pandemic — a time when white collar workers were working (and exercising) from home. Sales spiked and appointments for new bike deliveries took many weeks. In fact, the Wall Street Journal reported Peloton had posted its first ever profit as pandemic sales skyrocketed, with total revenue at “$607.1 million for the fiscal fourth quarter ended June 30, up sharply from $223.3 million a year ago.”

And over the last three years, Peloton has shifted its perception from fitness brand to global entertainment brand, leveraging content with influencer-like fitness instructors, and inking content collaboration deals with major stars like Beyonce and Shonda Rhimes.

That content is Peloton’s skeleton key, according to Leggett. “Beyond the hardware, the Peloton product is content and treating the [content as a] product itself, your communications channels, and the instructors, personalities and partners as all a part of this broadcast network demonstrates how this ethos runs through the fabric of the experience itself,” Leggett said of Treseder’s marketing direction.

According to Deb Gabor, founder and CEO of Sol Marketing, a brand strategy consultancy, Treseder’s direction is a strategy that plays into Maslow’s Hierarchy of Needs, including the need for community. “Peloton, as a brand, is like moving people up that hierarchy of needs and bringing them more towards self actualization,” Gabor said. “Part of their culture and their branding is about helping people ascend to their highest human potential.”

Upon Treseder’s arrival, the momentum behind for Peloton’s community was already building. She made it her job to supercharge it. And what some may call something approaching a cult following, Treseder sees an ecosystem — one that keys on storytelling and authentic engagement.

The first flicker of it shows up in Peloton’s return to advertising last fall with the “We All Have Our Reasons” campaign, featuring actual Peloton users instead of actors. “That was a beautiful evolution of our brand marketing,” said Treseder.

Prior to landing at Peloton, Treseder had worked the marketing circuit at major companies like Apple and General Electric, building her career on the foundation of mother’s mantra of ambition with contentment within each role.

“You want her on your team,” said Brad Freitag, former colleague at Apple and current CEO of Claris International Inc., a computer software company. “When she’s on your team, your team is stronger.”