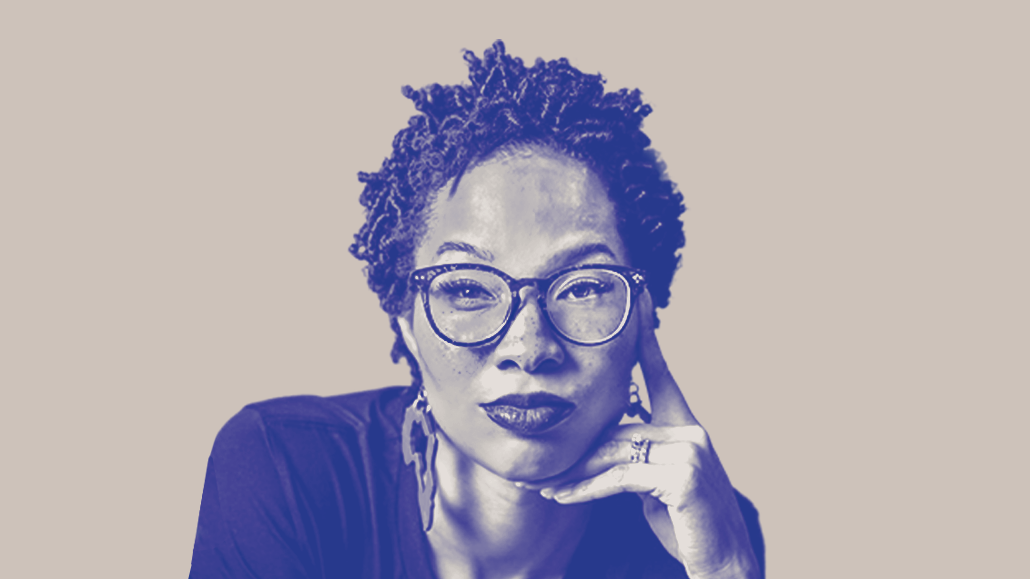 It all started with a presentation.

Back in 2018, God-is Rivera, former director of inclusion and cultural resonance at global advertising agency VMLY&R, had just wrapped up a TED Talk-style presentation at Twitter, where she was tasked with helping the industry better understand historically marginalized communities, including Black Twitter.

“She just blew the doors off of the whole conference,” said Stacy Minero, global head of Twitter ArtHouse, the division that works with brand marketers, who was connected to Digiday by Twitter to speak on behalf of the company. “She really comes from this place of advocacy and activism in a very purpose-driven way.”

With that presentation, the now-36-year-old, Bronx-bred Rivera had turned heads, including those of Twitter leadership, landing her in her current role as global director of culture and community, where she focuses on building real-world relationships between historically marginalized communities on Twitter and in media and advertising. “We’re talking about groups that have been historically excluded from a number of different parts of the process when it comes to media, advertising and the representation therein,” Rivera said.

Since stepping into her role in 2018, Rivera has worked to beef up Twitter’s culture community team by bringing in senior manager Olubunkola “Bukky” Ojeifo and art curator Ariel Adkins. It’s a team that works across the company to integrate diverse voices into the fabric of how Twitter works by partnering with Twitter’s enforcement group, research arm, ad business and customers, per Rivera.

Since its inception, the team has rolled out several initiatives to give influential voices a platform, like #TwitterVoices, a regular event series that personally connects influential diverse users to one another as well as to Twitter leadership — or as Rivera calls it, “breaking bread.” There’s also #TwitterPrism, a tool to help advertising partners develop more inclusive marketing strategies.

Rivera’s team’s latest project is one that has yet to be formally announced, but the team has quietly started rolling out a new creator program, Voices X, which connects diverse and influential voices on Twitter with paid opportunities to collaborate and co-create with brands. That new program could mean those users create content with those brands or partner with them to amplify messaging. The team is also exploring ways to push influential voices on the platform to be brand strategy consultants, she said.

The team’s work came to a fever pitch in 2020 after the murder of George Floyd, solidifying the importance of Rivera and her team. At the time, tweets around the Black Lives Matter movement took off, racking up more than 390 million tweets about the topic. And at one point, more than 200 tweets per second, she said. In response, Rivera’s team and Twitter moved to bolster marginalized voices, launching a multi-city out-of-home campaign to further support those voices.

For Rivera, all of these initiatives are Twitter’s way of putting its money where its mouth is, a goal of the director’s since she started.

“If I had to circle one goal when I walked in the door at Twitter, it was that I have to build trust with historically marginalized groups that utilize Twitter,” she said.

Creators from marginalized communities have long since sounded the alarm for credited work, acknowledgement and equal opportunities. For example, consider Twitter moments like the Zola story, #BlackLivesMatter, ​​#OscarsSoWhite and Popeyes’ viral chicken sandwich, which all became cultural phenomenons.

For many of those voices, Twitter was a safe place, a level playing field wherein they could air grievances in 280 characters or less. With that, Rivera is making it her job to bolster those voices, offering support and monetization, especially as the creator economy heats up. Prior to Rivera’s efforts, marginalized communities on Twitter talked amongst themselves, leveraging the platform to share common experiences and raise awareness, per Burley. In her role at Twitter, Rivera facilitated a lot of those conversations between the platform itself, advertisers and Twitter voices, and created an open door policy for folks who had grievances or recommendations for improvements, per Burley.

“That helped us to feel like there was somebody working within the organization that looked like us. They cared about our issues and understood where we were coming from,” Burley said. “It wasn’t just placating to the Black experience, but it was actually making an investment in a really in an authentic way.”

What makes Rivera good at her job is her ability to leverage her own life experiences as a Black woman, Twitter user and advertising professional to serve as a liaison between those communities, said Kai Deveraux Lawson, svp of diversity, equity and inclusion at Dentsu creative Americas, Dentsu International. Put simply, Rivera humanizes Twitter for those historically marginalized users.

“Part of what God-is has done is elevated the communities and the importance of conversation happening on the platform,” she said. “I think she’s been able to do that because of how she’s walked through the world.”

Still, Rivera is just getting started. Currently, there are plans to expand the culture and community team, per the director. Recently, they’ve welcomed the team’s first senior manager of strategy and operations to bring structure, operations and marketing experience around the Voices X work, which is expected to be available to a broader user base in the coming weeks.

“We continue to try and put our money where our mouth is, and hold ourselves accountable for investing in these communities,” Rivera said. “I can’t tell somebody else to do it and we’re not doing it.”