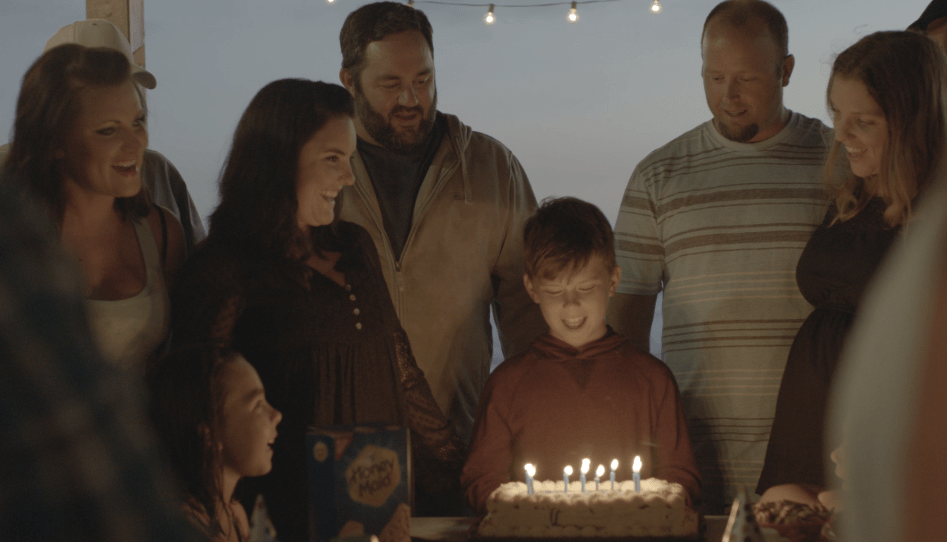 The newest spot by the graham cracker brand, the latest in an ongoing campaign, features a real-life “blended family” comprising divorced and remarried parents and their stepchildren yesterday. Titled #NotBroken, the ad is the second installment of its “This is Wholesome” campaign celebrating diverse American modern families.

The ad has a longer 2-minute documentary-style format and a shorter 30-second spot. It features a little boy, Issac, and highlights his relationship with his two sets of families — those of his biological parents who divorced and remarried.

The campaign with agency Droga5, has been launched to coincide with National Stepfamily Day on Sept. 16. Over the next few days, it will also engage socially with its fans, encouraging them to share stories and pictures of real-life examples of blended families from their own lives, using the hashtags #NotBroken and #ThisIsWholesome on Facebook, Twitter and Instagram. The brand plans to unveil a surprise on that day, utilizing its fans reactions to the latest ad in a creative way.

The campaign not only reflects way the American family has changed over time, but also the parallel evolution of the Honey Maid brand itself. In 2010, for example, Honey Maid increased the amount of whole grains in their Original Graham Crackers, from 5 grams of whole grains to a comparatively healthier 20 grams per serving, in response to claims they were not as “wholesome” as advertised. The crackers do still contain sugar, high fructose corn syrup, soybean oil and/or partially hydrogenated cottonseed oil and artificial flavor.

The latest video has already been viewed over 85,000 times in 24 hours on YouTube. It has also been performing well on social, having been mentioned more than 850 times in that same period, according to Topsy.

“We are celebrating diversity of families and while we could never be fully inclusive of all families, the campaign represents a cross-section of some of the diversity we see in American society today,” Tracey Benitz, senior brand manager at Honey Maid, Mondelēz International’s snacks brand, said.

It is not the first soppy offering from Honey Maid either. The first spot of the campaign was released almost six months ago and created a stir for featuring a homosexual couple and promoting the message that Honey Maid’s snacks are as wholesome as the diverse families in the ad. But while it offended some haters (ahem, Million Moms), it touched many, gathering nearly 8,000,000 views on YouTube.