Don’t tweet stuff that might even conceivably be construed as possibly even a little teeny bit racist. If any fiber of your being pauses to ask “wait, is this racist?” another tip: don’t tweet it. 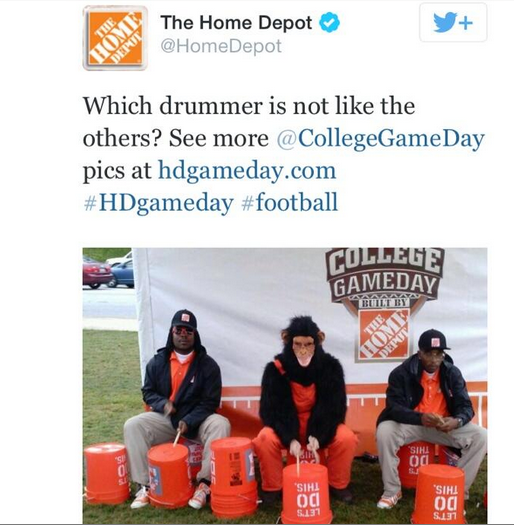 Minutes later the company either came to its senses or realized that its social media editor had gone rogue. Home Depot swiftly deleted the tweet and began backpedaling, apologizing, distancing itself and obfuscating: 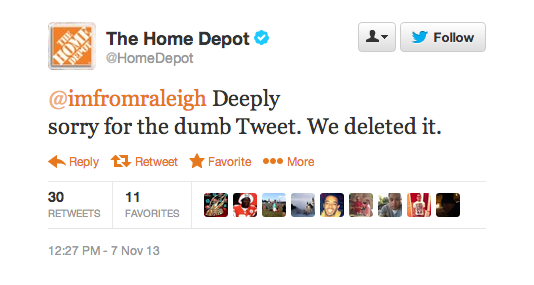 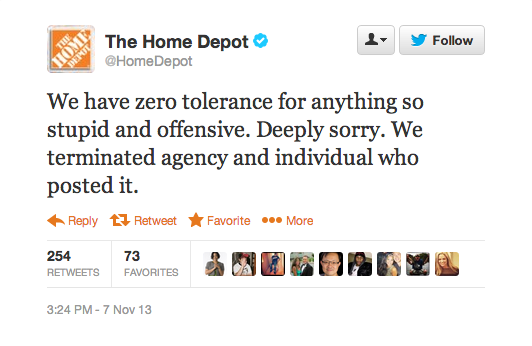 It is unclear what agency — if any — was behind the offensive tweet. “The outside agency that created the Tweet and The Home Depot associate who posted it have been terminated,” a spokesman wrote in an email to Digiday. “We’re also closely reviewing our social media procedures to determine how this could have happened, and how to ensure it never happens again.”

Home Depot declined to identify the agency it claims sent the tweet.

“I don’t know if it was just a naive mistake — I’d like to think no one would do that on purpose,” said an agency executive who preferred to remain anonymous. “This kind of stuff happens when you don’t have a good review process in place.”

He added, “The ‘we fired our agency’ thing is a little weird — I think this seems like a pandering move. It feels like too easy of an excuse.”

Unsurprisingly the social media reaction has been swift and furious. (Although some are using it as an opportunity to pitch themselves and their agencies, which is almost as offensive as the original tweet): 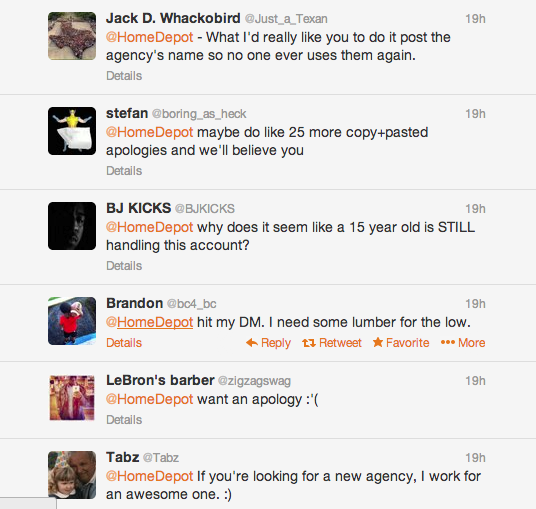 You’d think that anyone at an agency or major brand who comes anywhere near official social media accounts would know that this kind of tweet is the social media equivalent of people wearing blackface for Halloween costumes. We’re looking at you Hough.