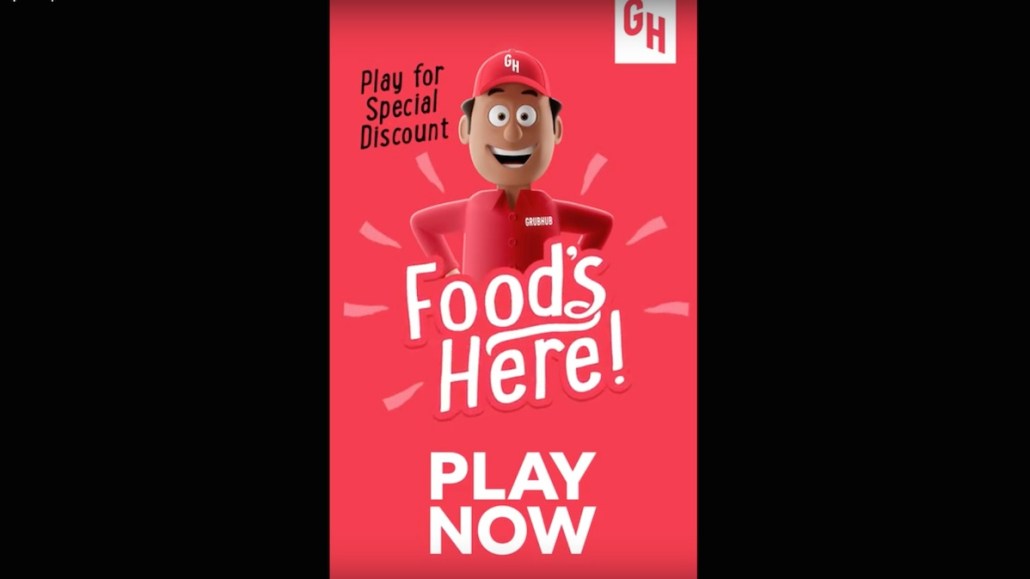 College students are a key demographic for Grubhub, leading it to be an early adopter of Snapchat.

The delivery service has used Snapchat in a variety of ways. Grubhub has used Snapchat to drive brand awareness through a scavenger hunt and Snap Ads, and even to search for a social media intern. Mostly, the brand has used geofilters during campus events and shared-space filters, where the brand has one promoted filter available at over 2,000 campuses on a single day. Grubhub also runs Snap Ads around the time of college finals, midterms and graduations. The brand’s top performing filter received a usage rate of 3.4 percent, while the highest daily usage rate reached nearly 5 percent. Grubhub wouldn’t say how much it is currently spending on the platform.

Grubhub’s Snapchat strategy has to do primarily with engagement.

“We don’t just want to see views,” said Mallorie Rosenbluth, senior manager and head of social media at Grubhub. “We want to see that someone is sharing something and engaging with it.”

It’s the strategy behind the brand’s latest Snapchat approach. On Nov. 6, the brand launched a retro-styled game called “Food’s Here,” a retro-style game that a user can access after swiping up on the Grubhub ad in Stories. If a user wins all three levels, Grubhub will offer them $10 off their first order of $15 or more when they download the Grubhub app. The ad, which is running for 30 days, is university-themed, featuring stereotypical characters–the college jock, the sorority girl and a student reading a book, “familiar” characters for college students, said Rosenbluth.

“We wanted to do something that is still in the innovation space,” said Rosenbluth. “There hasn’t been a ton of brands that have really invested in a playable and have gone down that road. If I had to guess, you may see more going into the holiday season, so getting ahead of that we think it’s a good surprise for people.”

Like with Snapchat filters, Grubhub is concentrating on how college students interact with the game over how many views the initial ad receives. Rosenbluth said the brand will specifically look at how long users play the game, the swipe-up rate and what actions users take after playing the game, such as whether they download the Grubhub app and redeem the $10 off deal. Grubhub is running at least four different initial ads to gauge reactions.