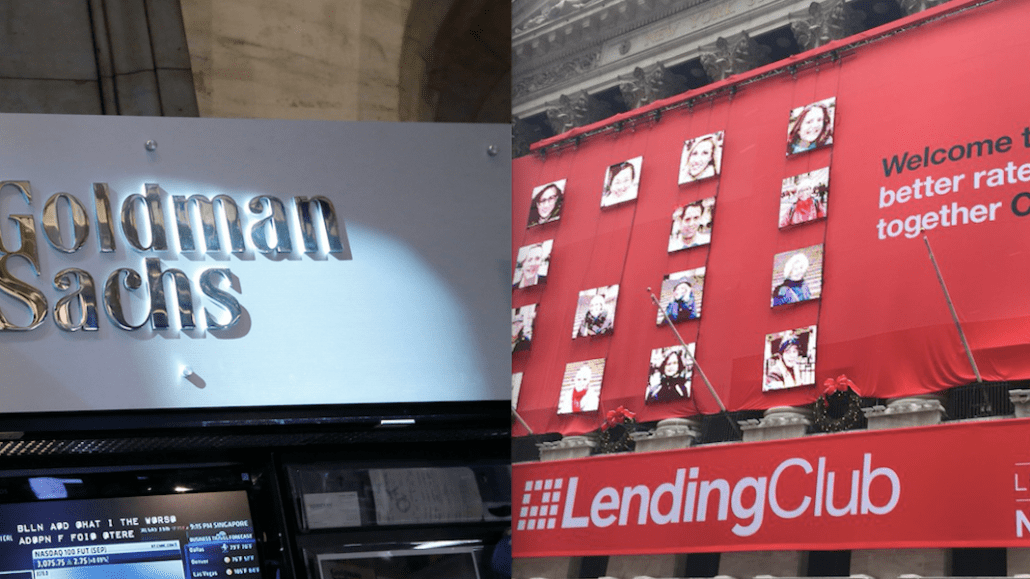 Marcus by Goldman Sachs said it was going to lend $2 billion to customers by the end of this year. As of late Monday, it had already done that.

The announcement follows a gloomy earnings season for online lending companies, whose personal loans rival Marcus’. Lending Club has reported losses exceeding $200 million over the last six quarters; Prosper has lost $210 million since the start of 2016, despite various cost-cutting measures, and lost its unicorn status. Even OnDeck Capital, which focuses on small businesses, is struggling to become profitable, having reported losses over eight consecutive quarters. On top of it, the Cleveland Federal Reserve Bank laid into such companies in a report Thursday, calling online lending a “predatory” business requiring more regulation.

Even though Goldman launched Marcus about a decade after online lenders emerged, Marcus has had a head start in the personal loans race all along. The Lending Clubs of the world addressed a need when people couldn’t get access to loans from traditional banks following the financial crisis; they were technology companies invading the financial sector promising access to loans and a better, faster customer experience for higher rates and more fees.

But for Goldman, it’s taken a fraction of the time to set up a sub brand and begin accepting customer deposits from everyday customers. And that’s not just to rival JPMorgan, Citi or Wells Fargo, but to challenge “new” consumer lenders. (Earlier this month, however, it announced its online-only consumer deposits business, currently branded GS Bank, will be folded into Marcus by the end of the year.) Marcus passed $1 billion in loans this summer.