‘Going viral is not a strategy’: How Hotwire is leveraging online video and TikTok to reach its younger audience 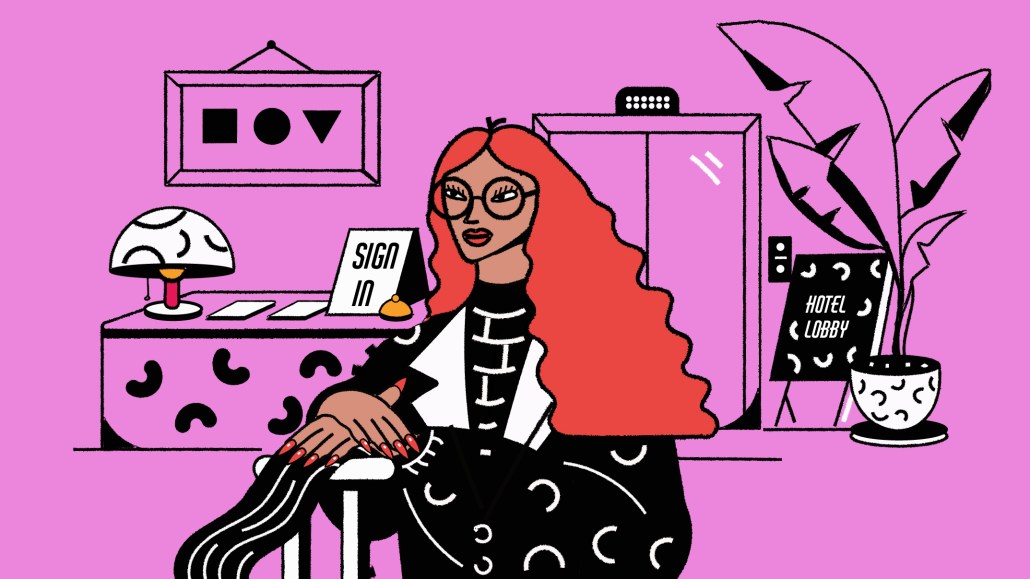 Travel website Hotwire is shifting gears, ramping up its online video presence to target its new audience of Gen Z and millennials as the demand for travel returns.

To reintroduce themselves to the younger generation, the 21-year-old travel brand is switching up its media mix. Instead of traditional branded broadcast spots with its infamous jingle, Hotwire is pursuing newer channels where Gen Z and millennials are spending more time, like Hulu, YouTube TV, Twitch and, of course, TikTok.

And with online shopping significantly increasing in light of the pandemic, Hotwire is hoping its new direction will get shoppers to their mobile app to shop hotels, said Melissa Postier, director of brand marketing for Hotwire.

“We know that the Gen Zers and later millennials are on these newer social platforms,” Postier said. “So we’re creating these 15-second content video snapshots trying to showcase what you could get with Hotwire.”

For its latest campaign, the travel brand is leveraging paid and organic strategies across digital platforms, with organic posts across Twitter, Facebook, Instagram. But it’s firing on all cylinders on TikTok. In addition to a paid hashtag challenge, Hotwire has tapped at least 20 influencers, including celebrity Jason Derulo, one of TikTok’s most-followed accounts with 47.5 million followers.

Instead of predominately branded content, Hotwire allowed Derulo and other influencers creative liberty in the spots to remain true to the nature of the platform, which relies on authenticity. For example, in one spot, Derulo changing his child’s diaper, flicking at the idea of parents who need a vacation.

As Digiday previously reported, working with a top TikTok influencer could run advertisers up to $100,000. For a hashtag challenge, that number jumps up to $150,000 per week.

According to Postier, the travel brand opted to employ a predominantly paid strategy on TikTok to better build a brand presence. “We knew we needed to do that because we wanted to do this right for the Gen Zers,” she said. “We wanted to be sure that we were creating content that isn’t just slapping Hotwire all over it.”

At present, more than 60% of the brand’s digital ad spend is dedicated toward online video via Hulu, Roku and YouTube TV. Hotwire also has a portion of its budget dedicated to podcast ads. In years past, the brand relied heavily on broadcast television spots, but now say that ad spend has seen a year-over-year decrease, per Postier (although Hotwire did not respond to a request to detail spend in time for publication).

According to Kantar, Hotwire spent more than $22 million in advertising overall during Q1, up from the $5 million spent that same time last year. However, those figures exclude spending on social channels as Kantar doesn’t track social media spending.

Hotwire’s TikTok strategy, could be comparable to tactics used in Facebook’s heyday, according to Duane Brown, founder of performance marketing shop Take Some Risk.

“Spending advertising money, on top of the money spent to create content, says that a brand is trying to make TikTok work and [make it] a viable channel,” Brown said. “The benefit of [that] is that if done right and you have the right content, you can scale faster and make a bigger splash on the ad platform and channel.”

And as brands continue to vie for that younger audience’s attention, leveraging both a paid and organic strategy across TikTok is going to get marketers the best bang for their buck, per Brown.

“Going viral is not a strategy and it is not something anyone can guarantee. Brands will do both paid ads and organic on TikTok as that will give them the best of both worlds,” he said.