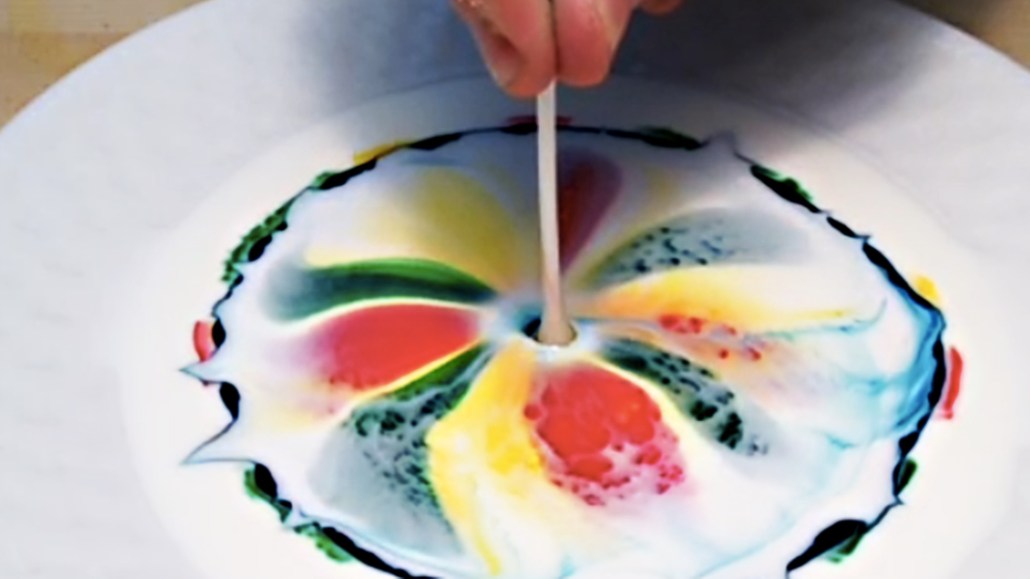 March 14 was just another day for most people. But for a certain type of math nerd, it was Pi Day, when at 1:59 p.m., the clock reads 3:14:59. Most brands wouldn’t bat an eye, but for GE this was a call to arms. At exactly 1:59, it sent out 314 pies to random tweeters using the GE-created #PiDay hashtag. GE also ran a post on BuzzFeed, “25 Geeky Math Jokes to Celebrate Pi Day,” and used its one of its own blogs and Twitter feed to celebrate pi.

The event was par for the course for GE, which has quietly become an unlikely leader in the trend of brands as content creators. GE isn’t Nike or Apple, after all. It’s a massively vast and complex multinational conglomerate – one that makes everything from aircraft engines to lightbulbs to medical equipment – so it has little choice but to follow the dictum of content marketing: talk about things people care about, not yourself.

In addition to Pi Day, GE’s four-person content marketing/social team has built its content around celebrating inventors. At its core, this is what GE is about. For Inventor’s Day in February, for example, GE created a real-time hashtag campaign, inviting people to tweet their invention ideas along with the hashtag #IWantToInvent. GE had illustrators standing by, ready to draw professional blueprint sketches of the best ideas as they came in. A few highlights included a horse scuba suit, a doorbell ID and a solar-powered hoverboard.

“When you look at everything that GE does – look at the scale and technology – you see that we have this incredible latitude to be out there as a storyteller,” said Paul Marcum, who came from Yahoo about two and a half years ago to join GE as director of global digital marketing and programming. “Our interests are incredibly well aligned with many different folks out there online who are interested in science, mathematics and engineering, data, aviation, health care, policy and all the other aspects of being an organization to this scale.”

GE has two main blogs, Txchnologist and GE Reports. The Txchnologist is a 2-year-old Tumblr blog and features content from guest writers and contributors about innovation and technology across various industries, including energy, transportation, health care, and manufacturing. GE runs Txchnologist, which boasts about 100,000 followers, with the help of agency Group SJR. GE Reports is handled internally and is a more traditional corporate communicates blog that lets GE disseminate news about itself.

You will find GE on LinkedIn, Google Plus, Twitter, Facebook, Instagram, Tumblr, Vine and Pinterest. GE also has different social accounts for each area of its business on certain platforms. For example, on LinkedIn and Twitter, GE has specific accounts for GE Healthcare, GE Aviation, GE Power and Water and the rest of its areas of business, to ensure that GE can serve specific content to its various B2B audiences.

“Experimenting quickly works well for them,” said Noah Brier, co-founder of Percolate, a tech company that helps brands create content at social scale and has worked with GE. “They are really good proof that it’s not about having these giant social teams internally, just a core group of people who really understand what’s going on and can drive that strategy.”

GE was one of the first brands try out Vine and went on to create a unique science experiment campaign called #6secondscience, which features neat Vine science demos that exploit the chemistry of coffee and show what happens when you combine milk, food coloring and soap.

Marcum’s team holds weekly editorial meetings with every agency involved in content marketing. During these meetings, a group of about about 30-40 people go over an editorial calendar organized by online property to review what’s going on when, down to the day, and if things need to be rebalanced or moved around. According to Marcum, working closely with GE’s agency partners (including BBDO, Mekanism, The Barbarian Group, Starcom, Vayner Media and Group SJR) is critical.

GE was able to be one of the first brands on Vine, for example, because Marcum and his team worked very closely with GE’s partners at Vayner Media to create simple storyboards that could be quickly approved in concept, then quickly created by the agency and then posted.

Not every social platform works for GE. It tried Foursquare but quickly backtracked because it wasn’t a good way for it to tell the GE story.

“What we find when we do our polling is that the more that people understand the company, the more they want to do business with us, work for us and buy our stock,” said Boff. In other words, GE is bringing good things to life for itself, too.