Game of Tweets: Brands get in on ‘Game of Thrones’ premiere 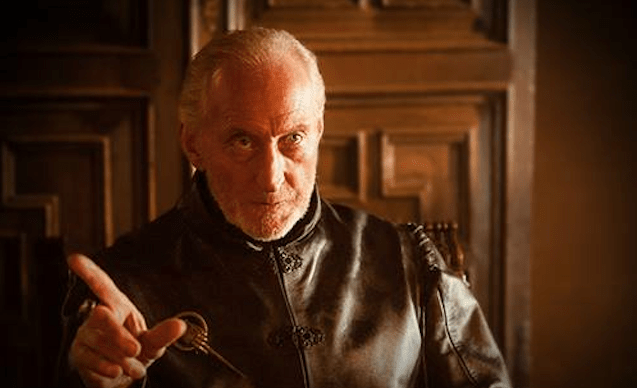 Sunday nights just got a whole lot sexier and more violent. That’s right, “Game of Thrones” is finally back in its fourth season, picking up where it bloodily left off at the end of season three.

Brands naturally could not resist the excitement surrounding the GoT premier and took to Twitter last night to get in on the “Game of Tweets,” throwing out puns, GoT references and of course engaging in some brand-on-brand GOT action.

Check out these brands’ “Game of Thrones” tweets:

The “Game of Thrones” map remake has been done before, but not too bad Burger King.

Trying to kill two RTM-birds with one stone, Kohl’s gots GOT and American Country Music Awards — which was also on last night — into one corny tweet.

Denny’s for a Lannister wedding? Doubt it.

Francis Underwood will not be overshadowed by swords and dragons. Bonus points for #FU hashtag. Just some friendly TV competition.

This doesn’t really make sense, Clorox. This is may be how you “play the game,” but it’s now how you win.

We’re coming for you, @BurgerKing of the North.

The Game of Tweets has to go to Sonic. The fast-food brand went to town with its GOT tweeting last night, throwing out puns and shout-outs at other brands.