Inside the brand hunt for Snapchat celebs 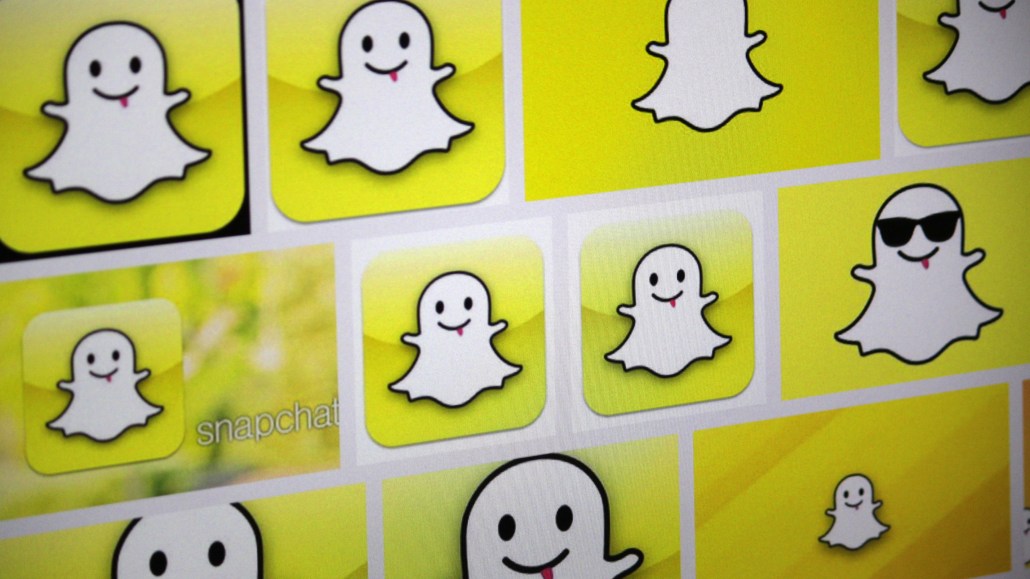 Looking for a Snapchat celebrity? Get in line.

A series of apps and services have sprung up around Snapchat — the platform that lets users share photos for a few seconds before they disappear — all geared toward helping brands find potential partners. Just as Vine and YouTube have spawned micro celebrities, some of them with millions of eyeballs trained on them, so too has Snapchat nurtured a new flock of digital stars. And the biggest marketers want to fish where the fish are.

The problem is, the very thing that makes Snapchat unique — its ephemerality — also makes it difficult for brands to measure out how well Snaps have done, what the reach was, how many impressions there were. The only real ways to measure how you’re doing is how many times your Snap is opened, or if a screenshot is taken (the app notifies you when that happens) and shared across other platforms. Finding top users or trending topics on Snapchat isn’t possible — making it tough for brands to understand how to get in on the action. There is also no search capability that easily lets users find brands to follow. Comparatively, other social platforms like Instagram and Vine are much easier to navigate.

Still, there is no shortage of Snapchat celebrities. Shaun McBride, who snaps under “Shonduras,” creates gorgeous Snapchat art (his score, a combination of sent and received snaps, is 152,081), and has worked on Snapchat campaigns for Disney’s “Frozen” and Major League Soccer. Grapestory co-founder Jerome Jarre, who became famous for his goofy Vines, recently has also become big on Snapchat, with 1.2 million followers. Here is a YouTube playlist of a Snapchat Story he co-created.

Still, Marco Hansell, CEO of twtMob, said that Snapchat has “limited access” in terms of data about who is opening Snaps.

TwtMob, which says it represents 20,000 of the “top influencers” on all social platforms has a database featuring categories (sports, beauty) featuring first-party volunteered information and third-party info on users and audience. Because Snapchat as a data source is limited, twtMob uses other data from the same users’ Vine or Instagram accounts, then creates a “historical dataset.”

“It’s our short cut. All our Snapchat partners are in beta,” said Hansell, who added that many Viners and YouTubers are now migrating over to Snapchat, which can net a $1000 per Snap, depending on the campaign and the brand they’re creating for.

The valuation piece — how much to charge brands for Snaps — remains a puzzle. “What is the value of a screenshot versus a view is the question,” said Hansell, who added that he has seen top Snapchatters command video-like CPMs: $25 per 1,000 opens.

Niche is a tech platform — “don’t call us an agency, please,” said co-founder Darren Lachtman — that builds users a back-end profile, a social “dashboard,” that lets them see private data about the demographics of all of their social media audiences.

“It’s a tech platform for this generation,” said Lachtman, who founded Niche along with Rob Fishman. Niche also has collaboration tools — if an Instagrammer wants to meet a Snapchatter, a community team can facilitate that. While this is all handy for individual users, on the brand side another dashboard lets people find the type of creator most appropriate for their company.

One of Niche’s recent projects, for example, was HP’s recent 30-second television ad for the Pavilion x360 tablet that was made entirely out of six-second looping Vines. Along with that was a full-scale Snapchat campaign featuring Robby Ayala, who hosted an HP giveaway on his Snapchat account.

Niche says it represents about 150 brands, including GE and Coca-Cola, and often marries Vine or Instagram campaigns with Snapchat. It hasn’t done a standalone Snapchat campaign yet.

Unlike YouTube, which actively supports its creators through production spaces, training and resources, Snapchat doesn’t have any such process. However, as Digiday reported recently, the company is making the rounds, meetings brands and agencies to butter them up. The Wall Street Journal has reported that the company may be launching a content service for news and brands in November. That could change its approach to creators as well, who have all joined organically.

“I’m excited for the progression,” said Lachtman. “It should let us take organic content and hopefully amplify it.”