The Fat Jew, an avocado emoji, @Media__Steph: What was in and what was out this week

Here’s what’s in and what’s out for the week ending August 21. 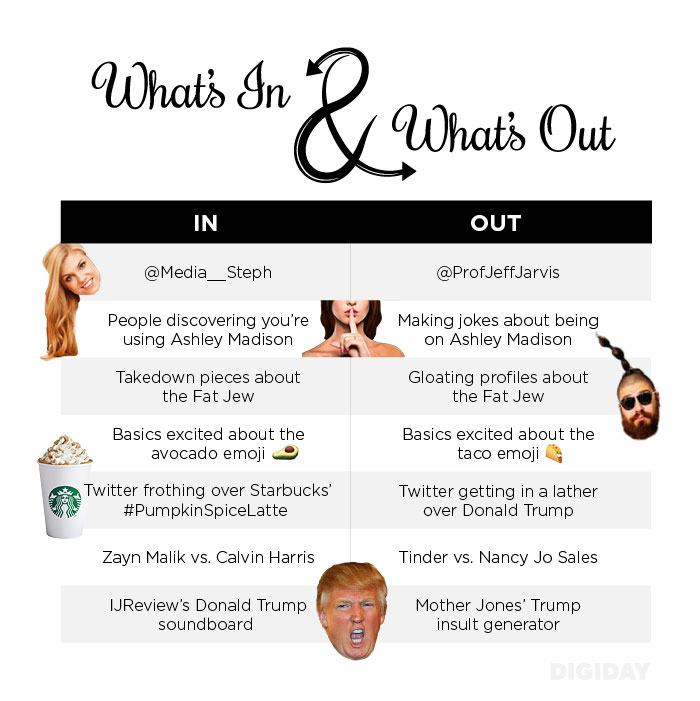 It was a week of reckoning for the Fat Jew. The alleged comedian acquired a few cracks in his Instagram empire after more people caught on that he steals his content. Ashley Madison was the target of a massive hack that outed thousands of cheaters, er members.

There were many hot takes about it, so we’re sure our new favorite troll @Media__Steph had a few ideas how to repackage those. Former One Direction hunk Zayn Malik battled Calvin Harris on Twitter over music streaming royalties and the Internet discovered that its #PumpkinSpiceLatte season soon.