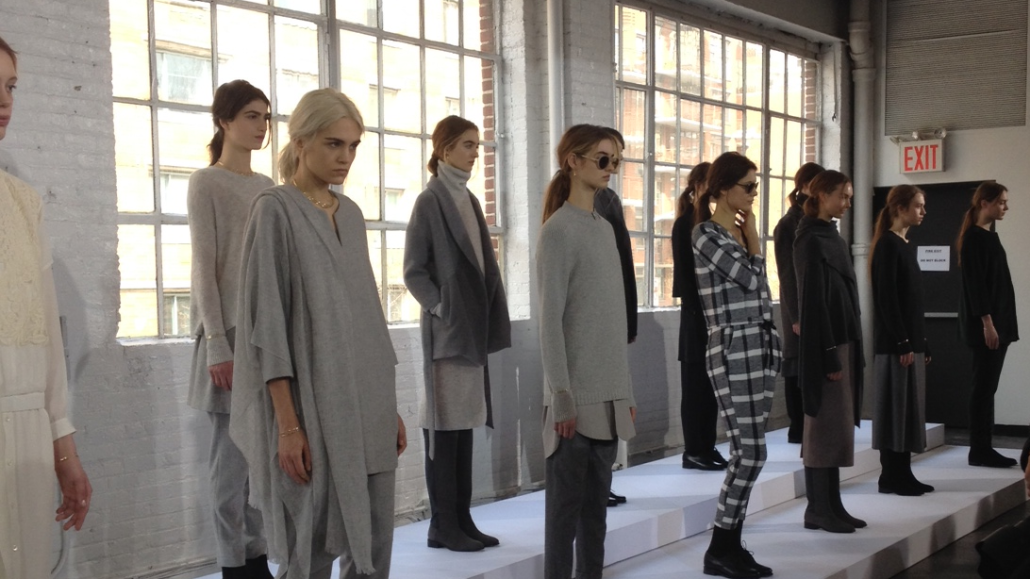 It used to be that New York Fashion Week was just for the fashion elite and insiders — magazine editors and reporters, stylists and buyers, celebs. But today, whether it’s fashion blogger Susie Bubble tweeting to her 218,000 followers during the Rodarte show or Lucky Magazine’s Eva Chen posting an Instagram video of the Vera Wang runway for her 133,000 followers, digital and social media have opened up the exclusive NYFW tents to the greater public.

And just as any savvy brand would around big events like the Grammys or the Super Bowl, fashion houses, too, are using NYFW as another front for real-time marketing.

“There seem to be lots of brand social hubs and calls for people to post directly to them [during Fashion Week], but I don’t think any of that is new,” said Sally Singer, creative digital director at Vogue. “I think we are awaiting the next innovative push, to be honest. SXSW is in March, so there’s some time set aside ahead for folks in all creative industries to have a brainstorm.”

As New York Fashion Week comes to a close today, here’s a look at how designers integrated digital and social media into Fashion Week.

Marc Jacobs
Marc Jacobs set up a special social-media-powered Fashion Week pop-up shop in Soho to promote the brand’s fragrance Daisy Eau de Toilette. The pop-up store, called the Marc Jacobs Tweet Shop, didn’t accept money; as the name suggests, shoppers could only “pay” for perfume via social media. To get a small bottle of Daisy perfume, shoppers had to tweet or snap an Instagram picture using the hashtag #MJDaisyChain and then show the tweet or picture to the “cashier.” Marc Jacobs also gave away pricier items like jewelry and handbags to people with the most creative #MJDaisyChain posts. According to Topsy, over the past six days the hashtag has been used just under 6,000 times on Twitter. Marc Jacobs also livestreamed its runway show on Tuesday to give everyone a chance to experience the show online.

Tommy Hilfiger
Tommy Hilfiger decided to harness the popularity of Instagram by creating an “Instagram Meet Up” during his runway show. The brand partnered with two popular New York-based Instagrammers, Brian DiFeo (@bridif) and Anthony Danielle (@takinyerphoto) of The Mobile Media Lab to host the InstaMeet. With the help of The Mobile Media Lab, the brand randomly chose 20 Instagrammers to invite to help document and share the show and some behind-the-scene action using the hasthags  #nyfwinstameet and #tommyfall14.

Alexander Wang
The king of downtown cool Alexander Wang decided to hold his show in Brooklyn, because, you know, Brooklyn. But knowing that most fashion people would be coming from shows and presentations in Manhattan, where the majority of Fashion Week takes place, the designer partnered with Uber to ferry people across the East River. Alexander Wang attendees were given a special Uber promo code on their show invites for a 30 percent discount. By partnering with Uber — itself no stranger to to creative marketing stunts and partnerships — Alexander Wang successfully catered to the digitally savvy fashion set.

Steven Alan
Designer Steven Alan integrated the digital wholesale retail experience into his New York Fashion Week presentation by partnering with Joor, a wholesale online marketplace. Steven Alan had iPads with the Joor app at his women’s collection presentation on Wednesday so that buyers could purchase items directly while at the presentation.

“Three or four years ago, tech was still a bit scary to the fashion world, but it’s not like that anymore,” said Mona Bijoor, founder of Joor. “The fashion world is understanding that technology can help them scale their businesses — brands don’t view tech as a thing, now it’s away life.”