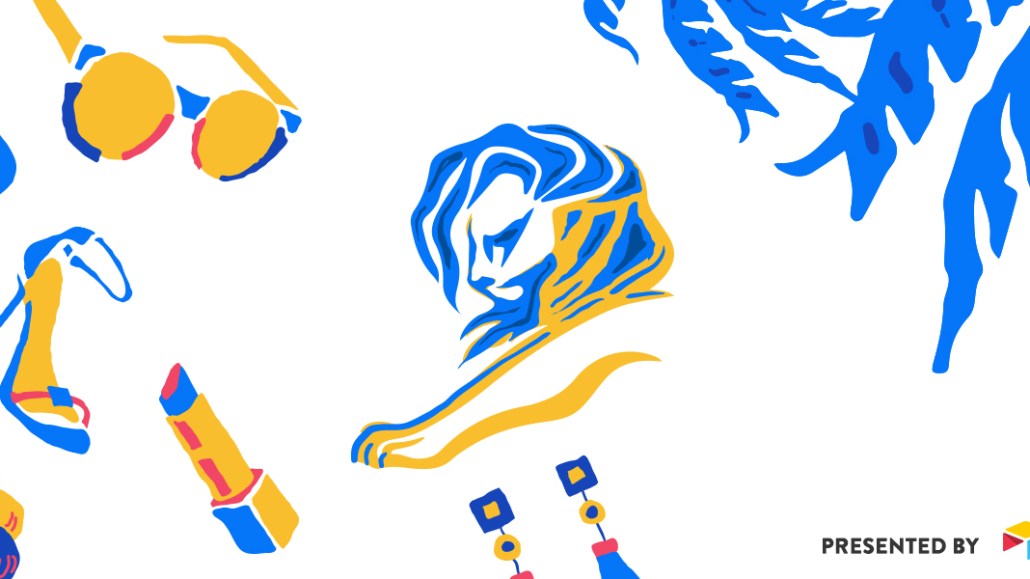 At this year’s Cannes Lions, fashion and beauty brands are getting their due time in the spotlight as the industries continue to represent a combined force of creativity, digital evolution, and cultural shift.

Speakers from brands including L’Oréal, Tommy Hilfiger, Rebecca Minkoff, Glossier, Covergirl, Diesel, Levi’s and more will be hosting and participating in discussions around modern branding, innovation in marketing and how technology influences creativity in their fields during this year’s festival.

With this influx, there will be more fashion and beauty brands represented at Cannes Lions than ever before: 13 will be featured during the event this year, up from five last year, according to Jose Papa, Cannes Lions’ managing director. Media publications covering these industries are joining the action, too: editors from British Vogue, Allure and Cosmopolitan are also getting time on the Cannes stage.

“Creativity manifests in many forms outside of advertising campaigns, so we need to recognize everything that’s happening under that wider umbrella,” said Papa. “When we talk about fashion and beauty, they are at the heart of everything that’s happening in the digital transformation of creativity, around brand building and the experience economy. We wanted to include both startups and traditional brands that are going through a transition.”

The topics of digital transition, modern branding, technology as it influences creativity, and brands’ roles in modern culture will be addressed by fashion and beauty brand leaders throughout the festival’s programming. Tommy Hilfiger’s chief brand officer Avery Baker will discuss how to be a “fearless” brand, while Glossier president Henry Davis will map out the path ahead for future brands with WGSN. Rebecca Minkoff will share how to build a modern brand. L’Oréal will be represented across several sessions: Esohe Omoruyi, svp of open innovation and digital services, will host the session “Technology is at the Heart of Beauty,” while Antoine Borde, the global digital transformation and e-commerce acceleration director will present on how the brand began selling online. L’Oréal’s latest acquisition, AR technology company Modiface, will also be represented.

“Beauty is an industry that’s very much been open to technology — not just testing ideas, but embracing them and using them at scale,” said Parham Aarabi, the CEO of ModiFace. “Beauty, technology and creativity have been at an intersection that for a long time was almost unspoken — it was happening quietly in the background. But what’s happened in the past year would have been unthinkable before: You’re seeing companies like Samsung and Pinterest adopt technology that was actually built by the industry.”

Aarabi will be speaking alongside Omoruyi on the “Technology is at the Heart of Beauty” panel to explain the role augmented reality plays in the industry. Papa said that the Cannes Lions organization lets speakers and presenters guide the direction of their sessions. Almost all of the brands represented at Cannes pitch their own speakers and topics — he said that as fashion and beauty, two creative industries, have become more intertwined with digital technology, they naturally took on a more substantial role during the festival.

“We want our festival to naturally evolve to reflect the current work that brands and agencies are doing, and you can’t separate technology from that,” said Papa. “These are two creative industries that have been forever changed by digital transformation, including how people interact, consume and engage with products. It’s growing in these industries, and we want to represent that.”

Footwear designer Tamara Mellon, who founded Jimmy Choo and later launched a namesake brand, was invited to represent both the past and present versions of her businesses during the session “F*ck-Ups. The Mother of Reinvention.” Mellon was asked by the session’s host, the agency Untitled Worldwide, to reflect on selling Jimmy Choo, starting a new wholesale brand, filing for Chapter 11 bankruptcy, and then rebuilding it from scratch as a direct-to-consumer brand.

“We’re going to talk about fashion’s new business models, the new customer, and how we’re marketing to them,” said Mellon, who hasn’t spoken at the festival before. “How fashion is using technology now is really interesting. It’s not how traditional brands were built, and it’s not how I built Jimmy Choo. What we do now, everything is influenced by technology. But unlike other industries, you have to build a tech company that’s also a consumer company that doesn’t sacrifice an ounce of creativity. That’s a unique position.”

Female fashion and beauty brand executives are also uniquely positioned to speak to how their industries influence modern culture. As Cannes Lions takes steps to feature a more gender-balanced and less insular agenda, the fashion and beauty brands are moving to the forefront. Covergirl svp Ukonwa Ojo, for instance, is featured on two such panels: “Creative Women Can Change the World” and “Can We Redefine Feminity with Creativity?”, which will also feature Covergirl ambassador and actress Issa Rae along with Allure editor-in-chief Michelle Lee.

“This year it seems they’re looking for more culturally relevant personalities. It’s about broadening the scope of participants overall,” said Ana Andjelic, the chief brand officer at Rebecca Minkoff. “Fashion and beauty, as well as Hollywood, have an inordinate amount of influence on how women see themselves in society, and so it’s important to represent them. A female CMO of an automotive brand may not have the same outward and culture-facing influence around what being a modern woman means. So it’s not just about technology and digital developments, but more socially important issues that will spur new conversation.”