Elon Musk wins Twitter by promising to ‘unveil the D’ 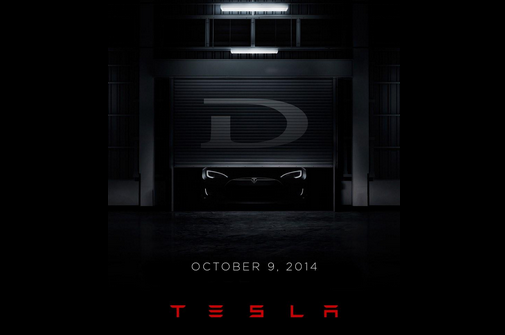 Elon Musk is many things: entrepreneur, inventor, explorer of the heavens — and, apparently, social media guru.

About time to unveil the D and something else pic.twitter.com/qp23yi59i6

The D was referring to a new car model that Tesla will unveil on Oct. 9, but Twitter quickly channeled its inner 12-year-old boy. The tweet has been retweeted over 10,000 times and quickly became a way for people of all stripes to show off their one-liners.

Of course, the customary “That’s what she said” joke.

That’s what she said. RT @elonmusk: About time to unveil the D and something else pic.twitter.com/cs8X5yPcpm

And some more bedroom humor.

And people staking claims to their favorite pick-up lines.

BuzzFeed editors sure have a great sense of humor.

I hope you are staying your mandatory 100 feet away from a school when you do it @elonmusk. — Andrew Kaczynski (@BuzzFeedAndrew) October 2, 2014

Er, we don’t quite get what you’re speculating on here, buddy.

Only a few days left before we can ses @elonmusk‘s D! Big, small? Who knows! RT About time to unveil the D…https://t.co/64UwETPZxs — Olivier Lambert (@Olivier_Lambert) October 2, 2014

This one sure seems to be waiting with bated breath.

Hurry up, Musk. People are really beginning to get impatient now.

Did Elon Musk show everyone the D yet? — Adam Edwards (@EdwardsAdam) October 2, 2014

Our favorite, bringing in #Bendgate into the D saga.

And ultimately this one, calling it exactly what it is.

For his part, Musk later said it was unintentional and a simple misunderstanding.

I love the Internet. Comments had me literally ROFL. No, it wasn’t intentional. Glad I didn’t mention the other letter!

Perhaps, but Forbes reported that the automaker’s shares were up 3 percent Thursday morning — and now lots of people know about Tesla’s new model release. Expect several LinkedIn posts on what brands can learn from Elon Musk’s D joke.