Eat24 got people to watch ads by telling them not to 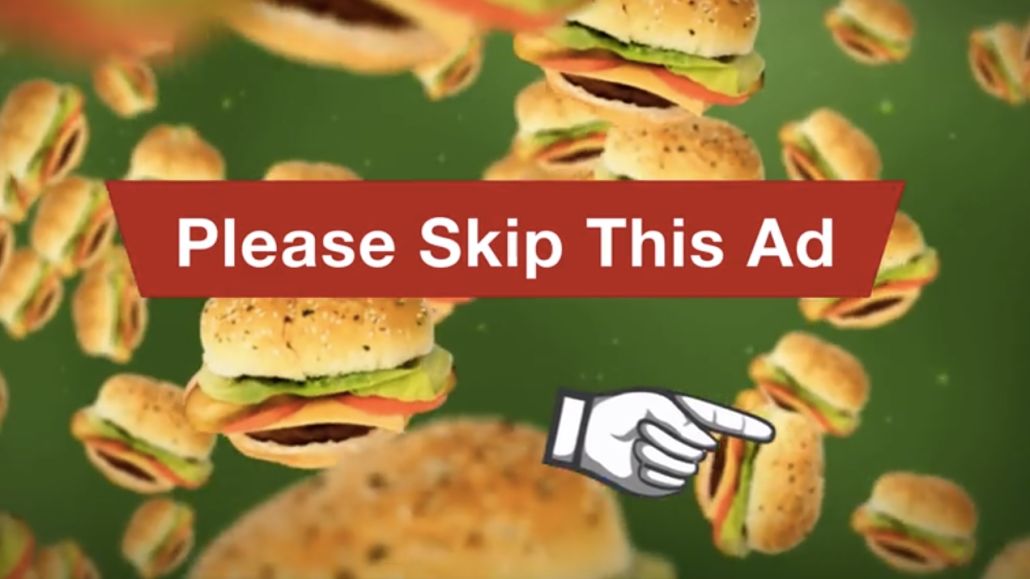 Eat24, the food delivery app, has figured out how to get people to watch YouTube pre-roll ads. The secret? Tell them not to. In a recent campaign, the app literally told viewers to “Skip This Ad,” — and Jedi mind tricked them into watching. Here’s Eat24’s rationalization:

“In all likelihood, most viewers would pre-position their cursor over the ‘Skip Ad’ button, ready to blast away our commercial ASAP. And who could blame them?”

But the reverse psychology approach seems to have struck a nerve, as they explained in a blog post about the experiment.

… and saw a 75 percent increase in app downloads the weeks the campaign was running. More than 90 percent of viewers actually completed watching the ad, which had a staggeringly high click-through rate of 7.1 percent.

It’s not the first time a brand was clever about their preroll placement. Last year Volkswagen had a similar gimmick in its Beetle campaign. The car, the ad said, “automatically shifts gears and skips ads for you.”