Duracell wants you to hold hands for some #powerwarmth 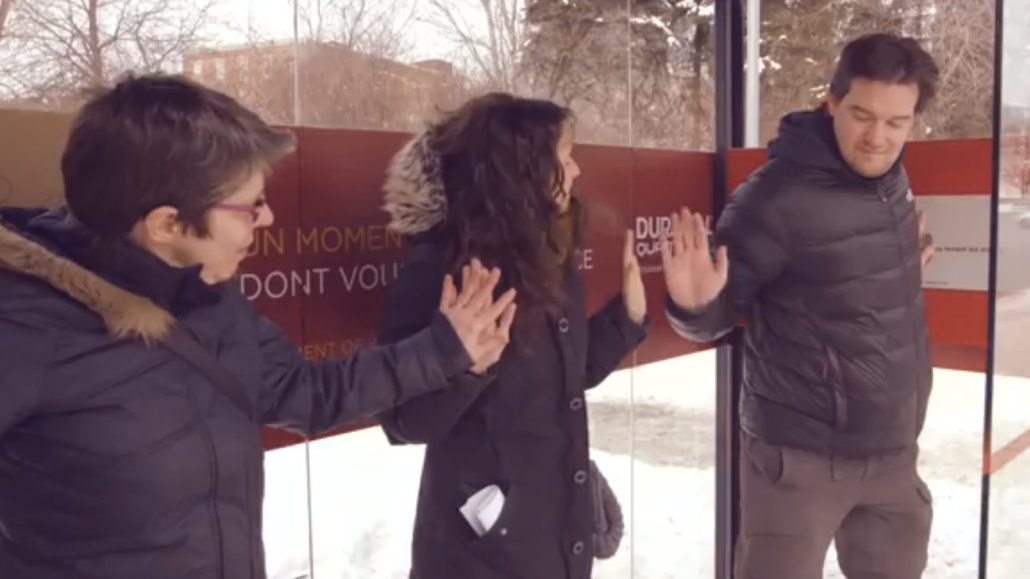 It’s been an abnormally cold, long, and annoying winter this year, which is why Duracell decided to install Montreal’s first heated bus shelter. The catch: you have to hold someone’s hand in order for the heat to kick in.

The copy from the commercial reads, “In this winter of ice storms and a polar vortex, moments of warmth are few and far between. We wanted to see if we could change that. So we outfitted a bus shelter with heaters that could only be powered by a human connection. In Canada, we have cold winters. But we also have each other. Share the power within.” D’aw!

By creating a human chain, those waiting at the stop at the Lionel-Groulx metro station much touch both sides of the shelter and link hands in the middle in order to form a human circuit. A minimum of two people is needed for heat. All alone? You’ll have to suffer.

So far, the YouTube video has been watched more than 800,000 times since being posted on March 6th, and the hashtag, #powerwarmth has been tweeted out more than 1,000 times.