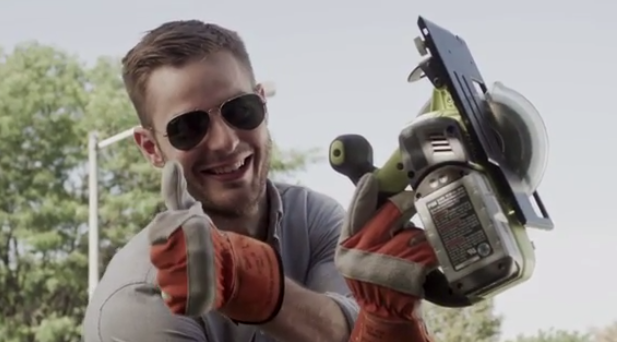 If you’re a selfie-respecting young dude looking for some fresh kicks, there’s a good chance you don’t know that the Designer Shoe Warehouse exists. With the help of The Onion, DSW wants to change that.

Typically a bargain designer shoe store that markets to women, DSW is going after the fickle millennial male. Its “Bad Pet Owner” campaign has two humorous, minute-long spots and a dedicated “Men’s Fashion” page on The Onion’s website that’s tapping into DSW’s gritty, dark side.

In the Lab’s YouTube spot for DSW, “The Goat,” a young man kills off a series of small pets (and a goat) and buries each of them in his backyard with a new shoebox from DSW. The actor seems pleased with himself that he has to go pick up yet another pair of shoes at DSW while bemoaning his accidental butchery. The video, produced by The Onion’s branded-content unit,  has almost 8,000 likes since being posted just over a week ago.

TheOnion.com’s “Men’s Fashion” section features sponsored content posts such as, “Dead Hamster Feels Its Life Has Been Properly Honored By Shoebox Coffin,” alongside relevant Onion articles dealing with men’s fashion, like “Report: Some Shirts Good, Other Shirts Not Good.” The differentiation in tone from normal articles seems minimal, though the sponsored post and “Men’s Fashion” landing page are clearly marked with DSW logos.

The entire project came out of a chance meeting between DSW’s svp of marketing, Kelly Cook, and Mike McAvoy, president of The Onion. Cook needed to get beyond brand’s the existing demographic and knew The Onion could offer something different.

“I don’t know if it’s the edge or the honesty, but it’s always cut through the fray with millennial males, and that’s at the center of everything we do,” said McAvoy. “It’s also why our labs has a better chance of succeeding than most shops because of the normal editorial voice that comes through.”

Watch the spot “The Goat” below: