DigitasLBi’s Michael Kahn: Sustainable leadership is a ‘marathon at a sprint pace’ 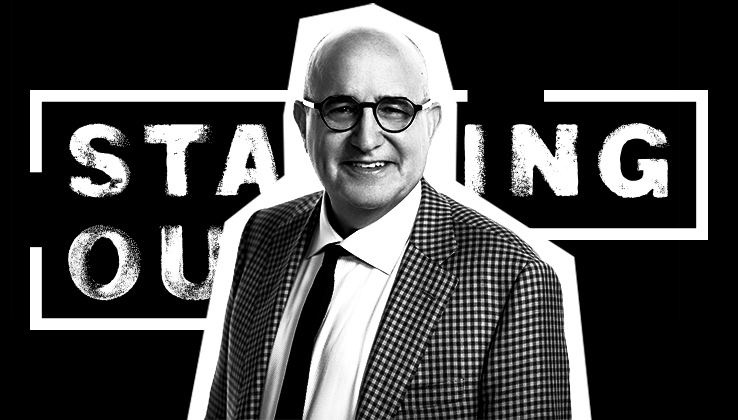 Michael Kahn went from multiple entrepreneurial stints to a long-term leadership role at Performics before arriving at DigitasLBi as its global brand president. In this episode of Starting Out, Kahn discusses the challenges of switching gears from short-term to long-term leadership.

After graduation, I was at J. Walter Thompson, and I was working on big accounts like Miller [Brewing]. Something in the agency world felt soulless. I didn’t see the brilliance and saw a mechanical way of working. Because I was in my renegade years, I rebelled against authorities and I thought all the big agencies would go away, and I formed an agency, Mitchiner, Ross & Kahn. We were passionate about the work; we hired the best people possible. I was the account guy carrying bags everywhere. It was joyful.

Some of the regular agency ongoings caught up with us, and by the third year, we had a choice. Either continue with the diminished business and recalibrate, or merge with another agency, and we chose the latter. We merged with a bigger company. We had to shut down something we had in our identity. We had to cancel our lease, sell our copier, sell archives. Losing your identity is a part of that.

In 1998, I arrived at Art.com. Again, I was on a mission to do something that didn’t exist before. I put in a massive number of hours. We were getting funding; it’s only up and up. We were going to be big. I thought we’d be living in Aspen [in Colorado] in three years. There’s no way to describe it. There’s a revolution going on, and you’re a part of it. Then, 2000 comes, and there’s a marketplace crash. All of a sudden, these investments that went into building digital business felt like they will shut down. It was starting to play out in the press. All of these business models had no revenue streams were all coming into question. There was no return on investment. It was like Mitchiner, Ross & Kahn all over again. It was hard and emotional. I was like, “Why did I get into digital?”

I did develop a perseverance muscle. I was able to tolerate change and work with a blank sheet of paper. In all things in my life, I put in the same level of effort. I was consistent even through madness. I am an optimist. When I come into office, I’m the glass-half-full person. In my personal space, I may have questions; in the working play field, my job is to be a leader. You have to have the mindset of, there’s going to be rain, but stay on the board. Give people a model that’s doable, and do it with grace.

I was at Performics for 12 years. We were in Chicago, then went global, and by the time we got to the end, I felt I wasn’t as effective. I wasn’t necessarily managing in the best way possible. I probably didn’t provide all the feedback. I was getting too comfortable in a sustainable business. For any leader, the biggest question is: How does someone drive sustainable leadership for 10-20 years? That, to me, is a holy grail question. I’m comfortable in the five-year rush. But now, I need to learn about the space beyond. It’s a marathon at a sprint pace.