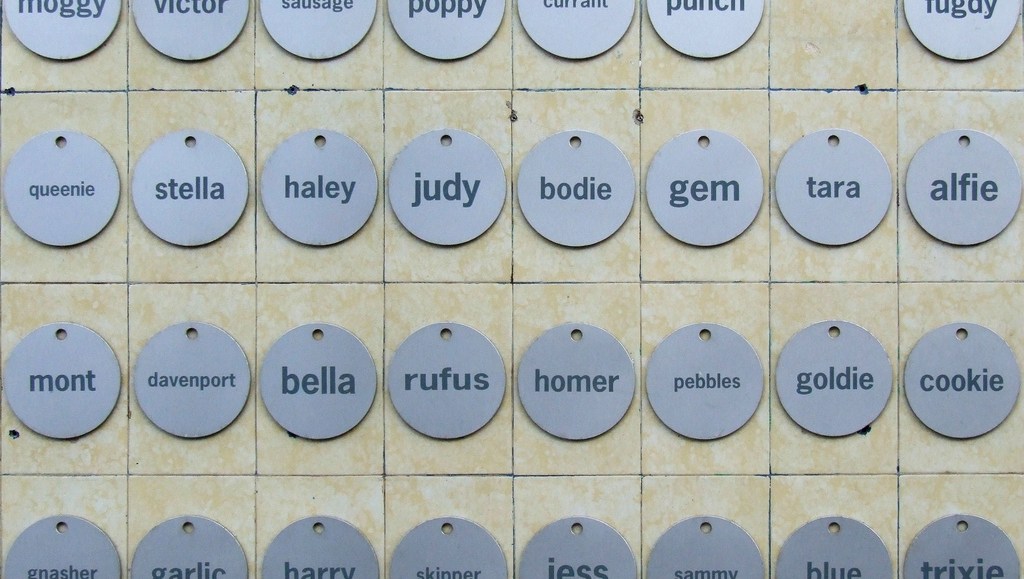 Digital agencies often have weird and wonderful names, but Digiday decided to find out why. We asked some prominent digital agencies what their names mean, where the inspiration came from, and how they came to be. Who are we missing? Email us, and we’ll add to the list.

Razorfish – Jeffrey Dachis, Razorfish co-founder
“The Razorfish brand was picked at random out of a dictionary. I don’t recall, but we may even have used a blindfold to do it. We had a list of names that we’d brainstormed but nothing that felt right, so we thought we’d add some randomness to the equation. We pointed to names until we had a list of a few that we liked, but then we left it there until we actually had a business to name. When we received our first contract, my partner Craig Kanarick tasked me with going to the bank to open an account, and I picked Razorfish. I think the brand ended up being a hugely important factor in the agency’s success. It was highly non-traditional for the time, and it was consistent with the type of work we were doing.”

The Barbarian Group – Ben Palmer, CEO
“The name is a little bit of a happy accident. My co-founders and I were deep in a brainstorm about what to name the company when I overheard Keith [Butters] and Rick [Webb] say, “Barbarians are impossible to defeat.” I thought it was a great idea, but they were actually talking about the video game ‘Civilization,’ where the barbarians are hard to defeat. The name stuck, but we thought adding the word ‘group’ made us sound more stodgy and responsible, like a law firm.”

Firstborn – Dan LaCivita, President
“We always talk about how we need a ‘better story’ about our name when clients ask. They ask a lot, but it’s pretty simple actually. We were very early in the industry as far as ‘digital agencies’ went. So, we were a firstborn in the industry, starting at sort of the infantile stage of the industry. Michael and his founding partner at the time were both firstborns, and Michael has always been fascinated by the subject, so there was an element of birth order to the name as well. Once the name was talked about, it just sounded cool, and that’s what the company ended up being named.”

Deep Focus – Ian Schafer
“Deep Focus is actually a cinematography term that describes a shot where the background and foreground are both in focus (fun fact: ‘Citizen Kane’ was the first film to be completely shot this way — even though some camera trickery was used to simulate the effect in some shots). Naming the agency ‘Deep Focus’ was definitely an homage to the time I spent in the movie industry at Miramax Films but mostly was commentary on how the future of marketing would not be siloed — marketers must see the entire picture to make the best decisions and use the entire picture to maximize the full effect. Also, the details, the little things, are as important as the big, bombastic things. And a brand getting big can be the result of doing a lot of small things, too. Digital and social still might be perceived as the ‘small stuff,’ but the effect of eschewing the ‘usually-dark’ approach in favor of an ‘always being in-market’ approach is potentially incredibly reverberative. That was, and is, the promise of Deep Focus, both the term (in a cinematography), and the agency.”

Breakfast – Andrew Zolty, co-founder
“We went through hundreds of names when trying to name Breakfast. The name needed to be a word that people already knew and could be pictured in someone’s head. This aspect is what makes a company name instantly memorable the first time someone hears it. It needed to express the fact that we don’t take ourselves too seriously, and, third, it needed to make people wonder why the hell we were called that, thus giving those who knew the story a little fun fact that could share when talking about us. So we landed on Breakfast. The fun fact behind No. 3 stems from the fact we were software guys learning hardware. If you ever speak to a developer making that jump, they’ll tell you that you’re constantly breaking the little components you’re preciously buying to learn how they work. If you want to learn hardware, you just have to live with the fact that you’re going to break a lot of stuff. In order for us to feel qualified to start this company, we needed to break a lot of things and we needed to do it over a short period of time so we could get going. Thus, we needed to break, fast.”

Carrot Creative – Mike Germano, CEO
“We came up with the word carrot because of the idea that it helps improve your eyesight. That tied in nicely to the visual and graphical element of what we wanted to do, but we also liked that carrots are those arrows on your keyboard that help code websites. It’s also a nod to the fact that when Carrot Creative started, it was three of us in a basement, literally underground. Eventually, we ended up learning it’s actually a myth that carrots improve your eyesight. It came from World War II propaganda by the British Air Force. Everyone always buys me carrots now, which is annoying because I don’t even like the way they taste. I should have called the company cheeseburger.”

Big Spaceship – agency spokesperson
“When he first set out to look for a name, Big Spaceship founder and CEO Michael Lebowitz dusted off his dictionary and hunkered down in a cafe for several hours. The word “spaceship” came to the forefront; he liked how it portrayed the Internet as a frontier being an unknown that required exploration. The ‘spaceship’ was the vessel that could take you there — a voyager. He ran into a roadblock, however, when he realized that Spaceship.com was already taken. His remedy was to add “big” as a modifier. “We settled on ‘big’ primarily because it’s inclusive; there is room for everyone on a big spaceship, and it has notes of a mothership,” he says. The name has been embraced throughout the agency, where the agency team is called the ‘crew.'”

Rokkan – Chung Ng, co-founder
“At first, we wanted to name the agency The Sixth Sense, which at that time, in our early 20s, seemed kind of cool. But the more we thought about it the more we realized it just wasn’t right for an agency name and simply wouldn’t work. I don’t remember exactly what was happening at the moment of inception, but I distinctly recall hitting up Babblefish (remember?) with my partner John Noe to find the Japanese equivalent of ‘sixth sense’, which is ‘Rokkan.’ We loved the way the named looked, sounded and felt, and we decided to run with it. It’s also kind of funny because none of the three founding partners are of Japanese decent.”