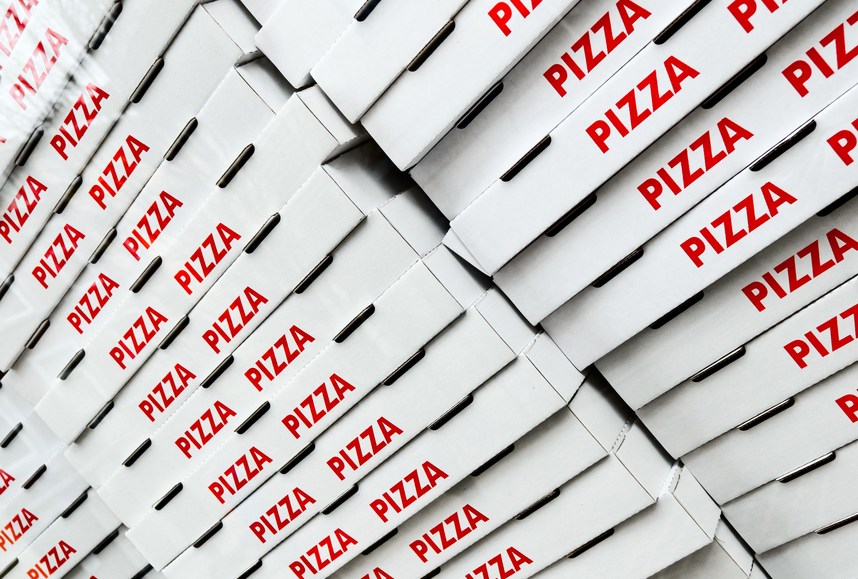 DiGiorno, the frozen pizza company, boasts one of the few corporate Twitter accounts that’s both on-brand and genuinely entertaining. Instead of shamelessly asking for retweets or making awkward stabs at being “human” on social media, @DiGiornoPizza delivers a steady diet of self-aware meta-humor. It recently counter-trolled The New York Times for featuring pizza on the Times Magazine’s Meh List.

It also hilariously injected itself into the conversation around the Super Bowl’s Media Day with a message sent to notoriously cocky cornerbacks Deion Sanders and Richard Sherman.

.@DeionSanders pls ask @RSherman_25 who the best cornerback of all time is. i’d like to see you stare at eachother in silence #AskPrime

But on Wednesday, @DiGiornoPizza decided to focus its trolling on its arch enemy: delivery pizza. The company’s slogan, after all, is “It’s not delivery. It’s DiGiorno.”  The account started the social media hating in the early afternoon — DiGiorno’s social media manager likes to sleep in, apparently — with the hashtag #DiGiorNOYOUDIDNT.

IF YOUR PARTY’S SUCCESS DEPENDS ON PIZZA, MAYBE AVOID INVOLVING A KID DRIVING A CAR OLDER THAN HE IS #DiGiorNOYOUDIDNT

The account was pretty fired up, as evidenced by the ALL CAPS.

Then, DiGiorno asked Twitter users to support its tirade in exchange for free pizza.

Someone told a tale of a pizza that appeared to have delivered itself.

@DiGiornoPizza Pizza showed up, but with no guy. He/she left it on the porch. Then the pizza place called demanding money. #DiGiorNOYOUDIDNT

A mother told the story of a botched delivery that left her child hungry.

@DiGiornoPizza Ordered pizza and after calling and waiting over 3hrs they said sorry we forgot! That was my kids dinner #DiGiorNOYOUDIDNT

One user got punny about Domino’s pizza tracker service.

This guy got retweeted by @DiGiornoPizza for a lazy joke one would expect from a lame brand account.

Delivery Pizza, for when you want to wait an hour and a half for cold food. #DiGiorNOYOUDIDNT

YO DELIVERY PIZZA, IF I WANTED TO WATCH SOMETHING HOT TURN COLD IN THE CAR, I’D TAKE TAYLOR SWIFT TO A DRIVE-IN MOVIE. #DiGiorNOYOUDIDNT

Digiday reached out to the pizza maker but as of yet has received DiGiorNO REPLY. (Sorry, not sorry.)