It’s been a weird week for publishers. (Not that most weeks aren’t weird for publishers.) Gawker is having a stressful World Emoji Day today after having published a controversial piece outing a Condé Nast executive. The National Journal should be so lucky: The venerable wonk rag is joining the long-and-growing list of publications killing off its print edition.

Meanwhile, in platform land, Facebook further pivoted into being a mall when it unveiled its shoppable pages while Amazon held the world’s largest garage sale. Given all that, here is what’s in and what’s out for the week ending July 17: 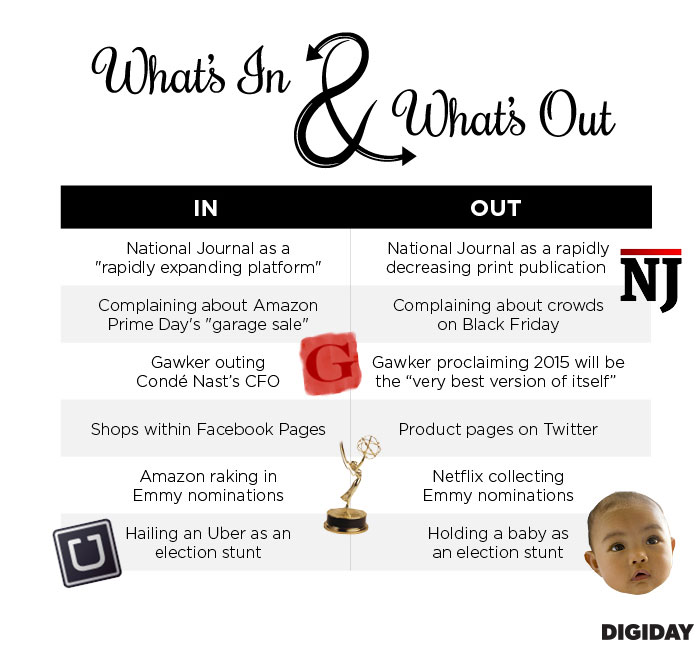