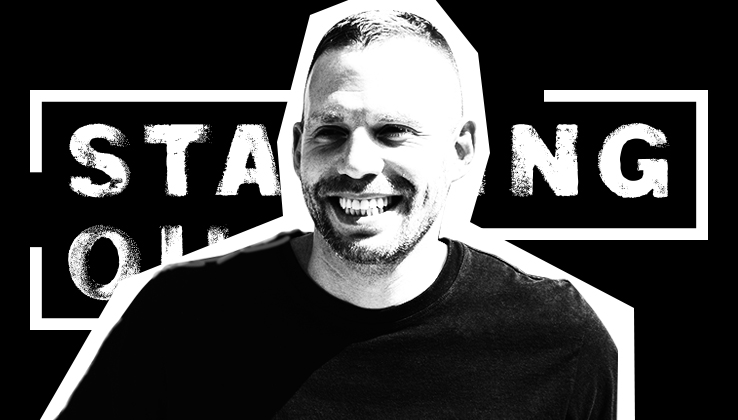 Jason Stein, founder and CEO of marketing service agency Laundry Service and media company Cycle, pushed himself to the extreme while founding two companies and learned to step back and lead once they were established. On this week’s Starting Out, Stein talks about what it takes to succeed in the early days of a business and continuing to reinforce its culture and values.

There’s nothing healthy about the early years of entrepreneurship. When I first started the business, I used to set an alarm for 5 a.m. And I’d wake up and chug a Red Bull, and hit snooze. So when the alarm went off again, I would be ready to go. And I haven’t set an alarm in two years because my son walks into my room at 5 a.m., puts his face one inch from mine and screams, “Daddy, I want a banana. I need the iPad.” He’ll eat a banana, and I’ll have my coffee. I value that time. It’s great, but it’s a funny evolution.

You have to be able to push yourself to the point of mild insanity to be successful in the early years of starting a business. When you start a company, you have to be all-in. You’re very extremist. You’re working 24/7; you’re drinking tons of Red Bull and coffee.

When I started this company, I didn’t know how to get clients for Laundry Service. So, I went on Craigslist every day. I made a first $1 million of revenue by replying to postings in the TV/film/video section of the site for things like, I need a viral video. We had a lot of bizarre meetings that didn’t work out, but we got some meaningful work out of that. It’s that willingness to do whatever it takes to execute to bring the vision to life.

In the early days, you will have challenges that have a lot to do about communication. You’re gonna have to work with people who are not upset by that and are in fact excited about building something, and overcommunicate about these challenges. You’re going to have a lot of ups and downs. I think it’s important to not rush to judgments until you feel comfortable [coming to one].

As the company grows, I actually have to be the opposite of what I was at the time. I can’t be crazy urgent, doing all the work myself. I have to be calm because so many new challenges will present themselves every single day, and everyone working on them is extremely stressed out and jumping to conclusions all the time. When they come to me, I have to hear it out, not react quickly, think about it and make decisions. What they’re doing is taking the core values you had and bringing it to life in their own way. That’s the most rewarding. But it’s important to instill urgency in your people. You can’t succeed if you’re not delegating to great people.

The values I learned from playing basketball are the values I apply to business every day today. As a junior in high school, I got dunked on by Dajuan Wagner, who went on to be an NBA star. At that point, we were down by 30-40 points in the fourth quarter, so they just ended the game on me because I got dunked on. And that’s what I learned: You get dunked on, and the game ends; you get back up the next day and try to solve that problem in a new way.