Columbus Day is a holiday with a brand problem 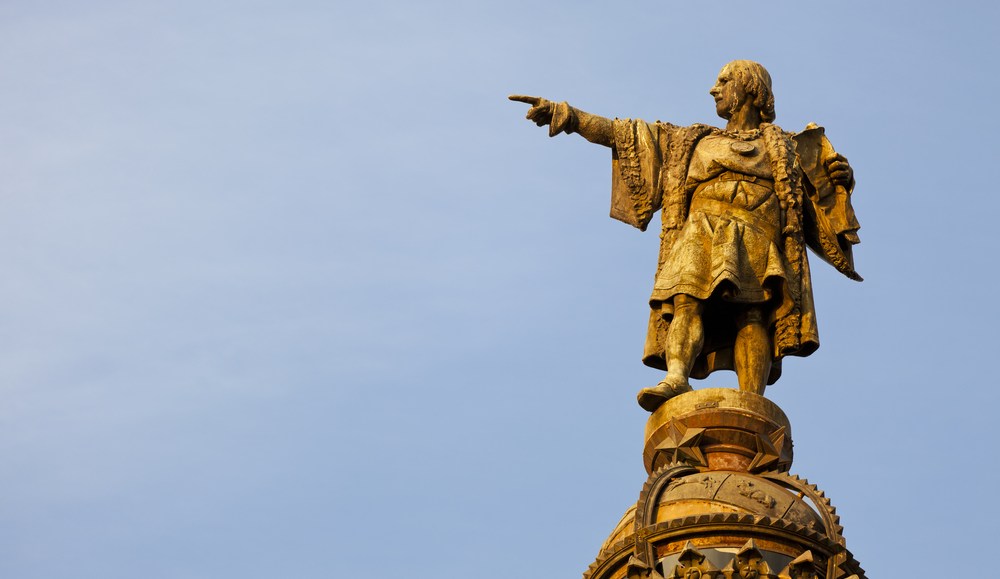 Columbus Day is perhaps the most contentious of federal holidays. For students, federal employees and scores of lucky office drones it means a day off this coming Monday. For Italians and Catholics, it means parades. But for Native Americans, the holiday is deeply offensive, honoring a marauding invader who in modern times would be considered guilty of genocide.

That’s why South Dakota will celebrate “Native American Day.” The city of Berkeley stopped recognizing the holiday in 1992 — exactly 500 years after the man himself sailed the ocean blue. Minneapolis voted to drop the holiday in April, and rename it Indigenous People’s Day instead. Seattle followed suit just this Monday. At a time of heightened sensitivity to offensive symbols — see the furor against the Washington Redskins team name — Columbus Day is getting a rebrand.

“We’ve legalized cannabis. Legalized gay marriage,” noted Cal McAllister, co-founder and CEO of the Seattle-based agency Wexley School for Girls. “And with equally glacial speed, we did our research and surmised that although Columbus didn’t come to the New World intending to maraud and murder his human obstacles, it just happened exactly that way.”

Addressing city council on behalf of his tribe last week, Quinault Nation president Fawn Sharp argued in favor of a switch to Indigenous People’s Day. “Nobody discovered Seattle, Washington,” he said, according to Reuters. “This action will allow us to bring into future and present a day honoring our rich history.”

Not everyone is on board with the Columbus Day backlash. Italy’s ambassador to the U.S. Claudio Bisognierto for one is shouting “abasta!”

“The critical issue at stake is that, while trying to valorize — and rightly so — the dignity of indigenous peoples, the city is poised to strip the Italian community of a celebration that has become, over time, a heartfelt expression of its identity and pride,” he wrote in a letter to Seattle Mayor Ed Murray this week.

The problem, of course, is one man’s totem of national pride in exploration is another’s symbol of piracy and genocide. Christopher Columbus himself is a brand in need of a makeover. This, to be sure, is no laughing matter.

“The indigenous Native American groups working to abolish what they see as a racist holiday don’t see this as trivial, and neither do the Catholic and Italian groups that see the Columbus Day as a marker of their heritage,” Timothy Kubal, author of “Cultural Movements and Collective Memory: Christopher Columbus and the Rewriting of the National Origin Myth,” wrote in an email to Digiday.

Indeed, it turns out that opposition to Columbus Day is nothing new. As far back as the 19th century, activists sought to ban celebrations of the day (which was made an official holiday in 1934) because of the Italian diaspora’s association with the Knights of Columbus — a then-secretive organization that some feared was working to expand Catholic influence.

“The move to replace Columbus Day with indigenous peoples day has its roots in one of the first indigenous advocacy groups, the Society of American Indians, nearly a century ago,” Kubal said.

This debate is not unique to North America, either. And it doesn’t have to be an either/or question. There is a near-exact parallel debate unfolding Down Under. “Australia Day” celebrates Captain Cook’s arrival there in 1788. Some people now derisively call the holiday “Invasion Day,” points out Christine Outram, vp, invention director at DeutschLA.

“We should move on from celebrating one man and his exploits and look to discovering and celebrating the shared values that we want to uphold as a nation,” said Outram, a native-born Aussie. “Are we a nation that applauds exploration? Then let’s have an explorers day. Do we believe that we can go after any dream we set our mind to? Then perhaps ‘dreamers day’ is a better notion.”

A lovely idea, but one that does little for the countless people who were wiped off their land.