Meet Chubbies, the Web’s most social pair of shorts 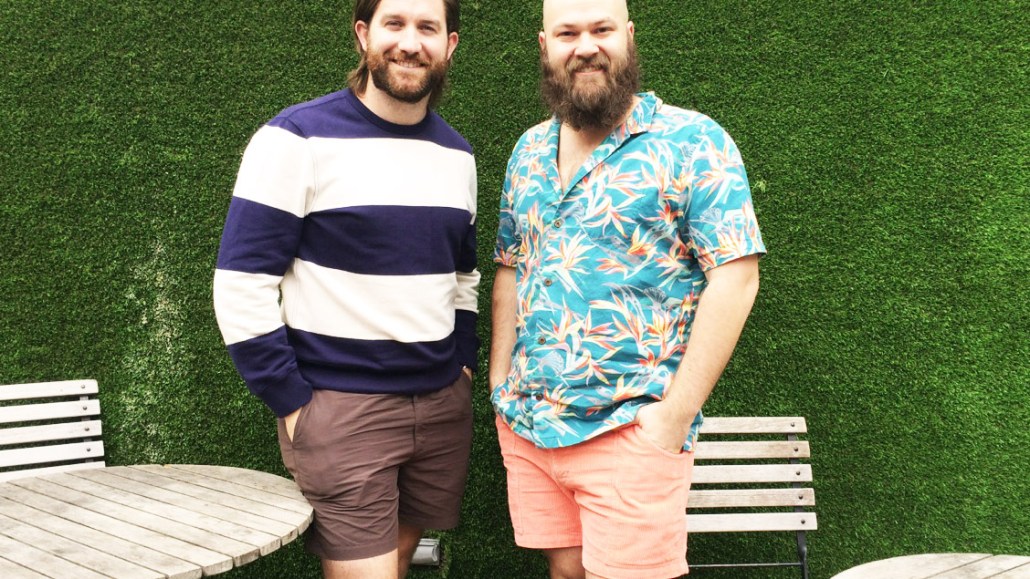 A pair of shorts is just a pair of shorts — until all your college friends are wearing them. Then, it’s a lifestyle must-have. At least, that’s what founders Rainer Castillo and Kyle Hency of San Francisco-based men’s retail startup Chubbies are betting on.

The online shorts brand launched in September 2011 out of Castillo’s apartment as a side business to Castillo’s day gig at Levi’s. Now, the company is a team of 26 working out of their San Francisco offices, along with more than 150 male college ‘ambassadors’ that spread the Chubbies word across campuses nationwide, and around the social Web. For Chubbies, the spot where the online social network meets the offline social Web is the crux of the brand.

“A lot of our campaigns are about bridging the digital and real world,” said Hency. “We like taking things that are uniquely online, and then empowering people to share that offline, then come back to us online.”

For example, for one of Chubbies’s first campaigns, Hency and Castillo said they were doing research on the cost of a Facebook like — about a dollar at the time. “We thought, what could we do that was less than a dollar and get people to like us? So, we had a, ‘Choose Your Koozie’ campaign, where we told our followers we’d send them a free beer koozie if they liked us on Facebook and subscribed to our newsletter.” Within two weeks, Chubbies received two-and-a-half-times more Facebook likes than it had to begin with, growing from 20,000 to 50,000. Currently, Chubbies has more than 467,000 Facebook likes, 48,000 followers on Twitter, and 51,000 on Instagram.

Another example of the online/offline sweet spot is the ambassador program itself: The college ambassadors are given a challenge they have to fulfill in the real world and then post on social media in order to win Chubbies or other prizes. The result for Chubbies is nearly 150 pieces of user-generated content a day that in turn attract attention and comments from other, like-minded bros. 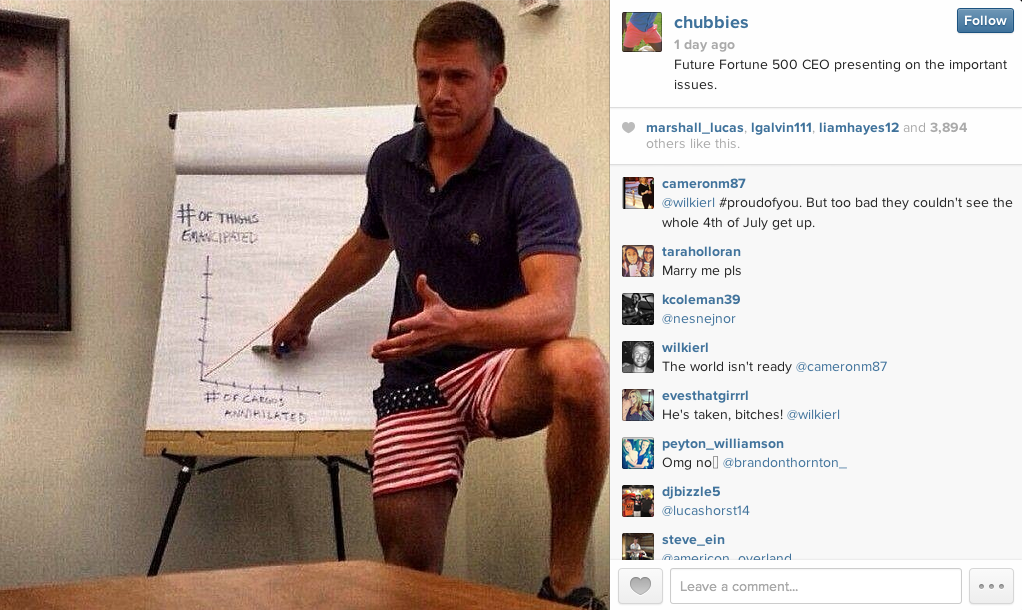 The brand has also tried social sales on Instagram, with some degree of success. In a recent campaign on Facebook and Instagram, Chubbies posted a photo of a unique pair of shorts that wasn’t for sale yet online: 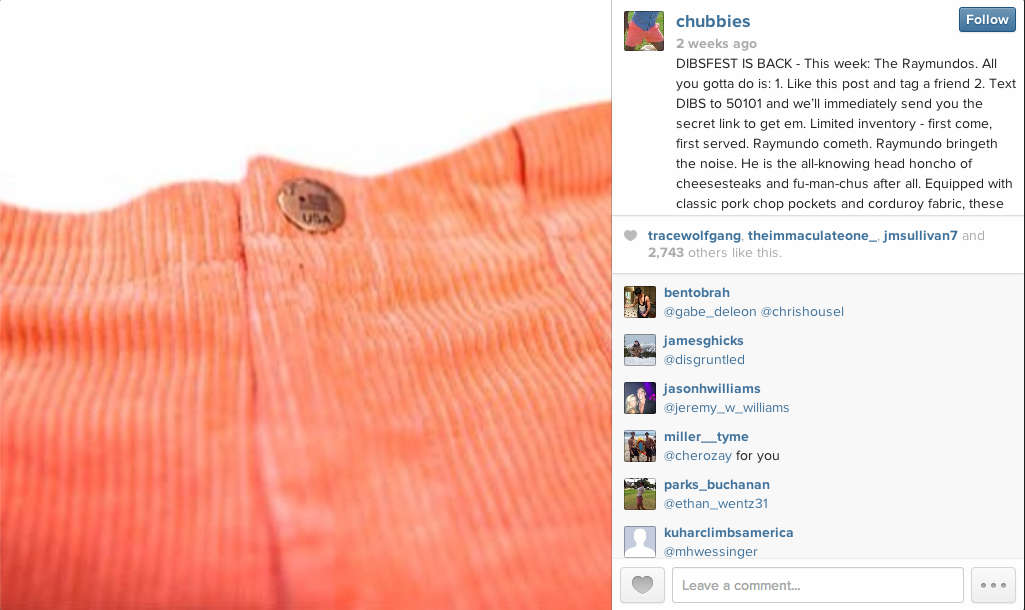 “We were interested in, how do we show them something that someone visiting the site doesn’t see?” said Castillo. So, Chubbies asked users to tag their friends in the post, then text ‘dibs’ to a mobile number. Users received a special link to the shorts that they could then purchase.  “We saw 15 to 17 percent conversion with that product,” said Castillo.

Next month, they’ll be experimenting with a small pop-up in Atlanta, but for now, the brand wants to keep everything online.