5 Apps and Sites for While You’re at Cannes 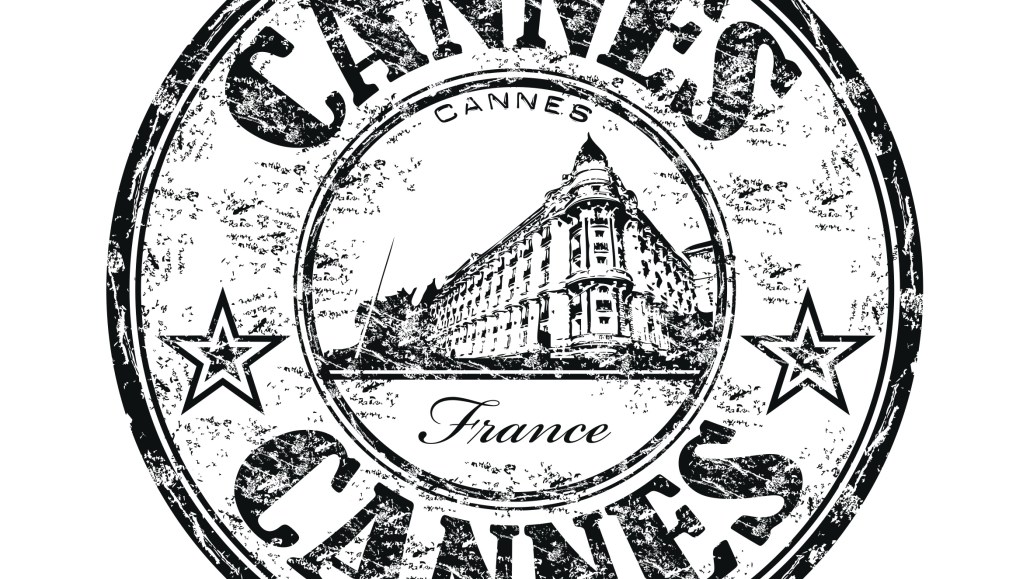 Cannes is finally upon us, and as usual, agencies have come up with special projects and stunts to add to the buzz around the industry’s favorite festival and awards.

Here are five Cannes-related apps and sites that celebrate this year’s Cannes Lions.

Mystery agency
A new, mysterious Web app called Busted (which may or may not be from EVB) lets Cannes attendees capture the debauchery that goes on during the festival. According to the site, the purpose is to “catch the industry with its pants down.” The app lets users add some extra incriminating touches, like a joint or extra bling and blurred body parts.

–
Deutsch LA
Deutsch LA is once again helping those with late-night alcohol munchies find food in Cannes. Its Cannes Has Pizza site lets hungry drinkers track special Deutsch LA pizza delivery guys, who will be out and about from Tuesday through Thursday between midnight and 2 a.m. giving away free pizza.

PHD and Cannes Lions
PHD has helped turned the festival into a big, multiplayer game called “Win Cannes.” Festival attendees can use the app to collect points, or “pings” as the app refers to them, by doing things like attending seminars, networking with other attendees, and other Cannes activities. The app tracks pings on a top 10 leaderboard. Each day of this week, the person at the top of the leaderboard will receive a prize. The person to get the most pings on Saturday at noon will be named the ultimate “Win Cannes” winner and will recieve a delegate pass for Cannes Lions Festival 2014.

Droga5 and Spotify
Droga5 helped Spotify celebrate the 60th year of Cannes with a special Spotify playlist campaign called #60Inspirations. Spotify invited 10 creative people from advertising, music and digital media to each share six songs that have inspired them in their work, along with an explanation about why each song is significant to them. You can hear songs chosen by people like Ogilvy’s Shelly Lazarus, Grammy-winning artist John Legend, Arianna Huffington of The Huffington Post, and other big names. 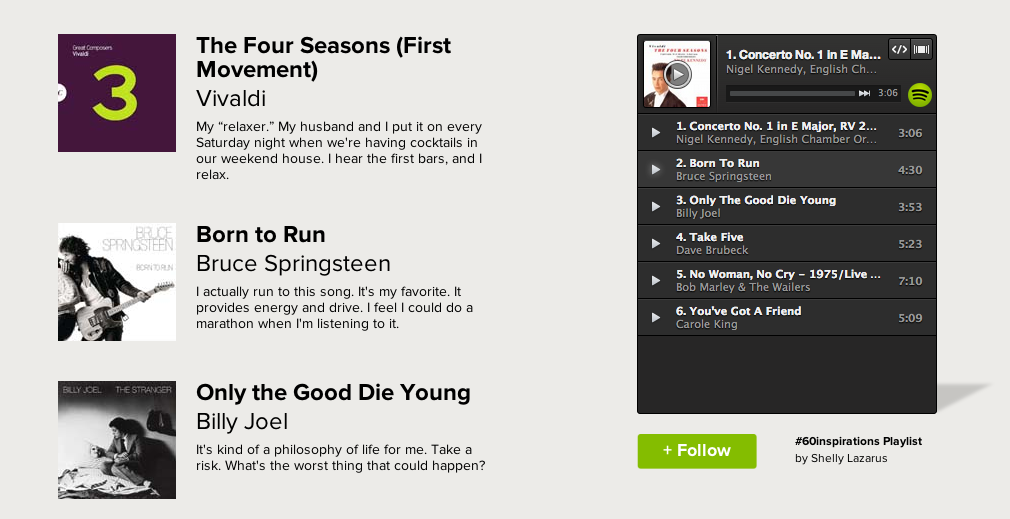 R/GA and Mastercard
R/GA helped Mastercard extend its Priceless Cities program to focus on Cannes this year with an online, crowdsourced guide to Cannes. Cannes attendees can share their Riviera experiences via Twitter and Instagram using the #PricelessCannes hashtag. These hashtagged posts will be used to create the PricelessCannes.com online guide. 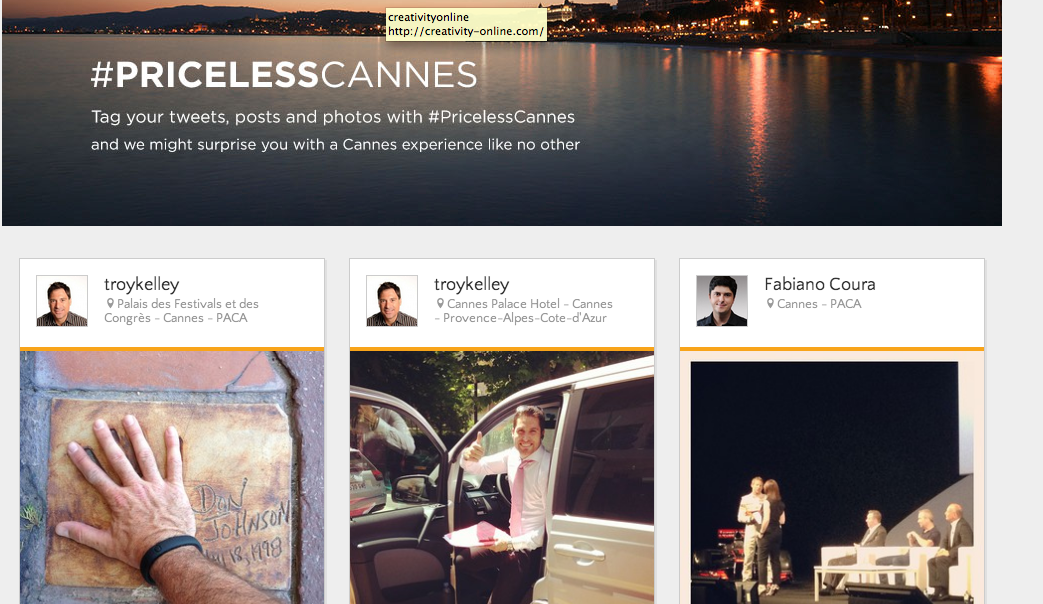