#CecilTheLion, Drake vs. Meek Mill, Gawker: What was in and what was out this week

Cecil the Lion, we hardly knew you. Quite literally.

It’s fair to say that a hearty portion of the population never even heard of the noble beast until this week — when he was brutally slaughtered by a Minnesota dentist, catapulting them into the public’s attention. #HotTakes on big game hunting replaced think pieces about Bill Cosby. Another animal trended for happier reasons, though. Meet Grumpy Puppy, the Internet’s new favorite canine. Meanwhile, Twitter’s interim CEO Jack Dorsey actually found a use for Periscope (earnings call!) and there was another battle between musicians. Also, several staffers peaced out from Gawker causing a new trend on Twitter that we’re deeming “I’m Quitting! Twitter.” A look at what’s in and what’s out for the week ending July 31: 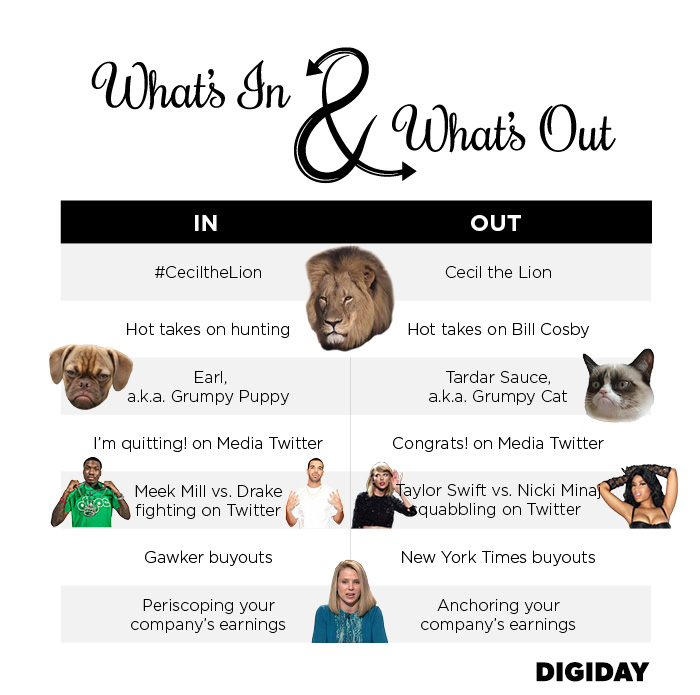