‘In careers, you make bets’: GE’s Linda Boff on taking chances and hiring with her ‘spidey sense’ 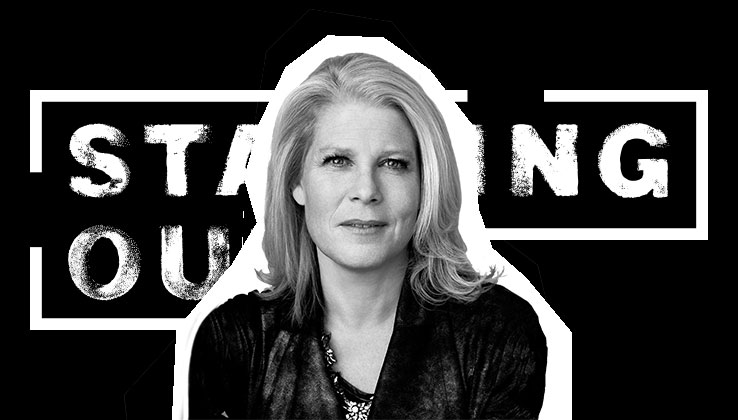 GE CMO Linda Boff has been in business for years. As a manager, she has developed what she calls a “spidey sense” about hiring. On this episode of Starting Out, Boff discusses how this sense has helped her decide which candidates to take chances on.

I did not have a traditional marketing background or an MBA. [Former GE vice chair] Beth [Comstock] believed in me. In careers, you make bets. Sometimes, they work out. I’m glad some people took them on me. I believe in spidey sense. You know almost instantly. If you have a bad feeling at an interview, it’s a warning sign. Think about it in a relationship sense — that feeling that you get in relationships that says, “I like you; I want to spend time with you.”

Diverse teams are better teams. The temptation that can exist to hire people like you is a temptation we need to resist. The difference between wanting to spend time with someone and being like them is a huge difference. Even in our agency partners, I love having a roundtable with competitors who will have a debate.

My dad always says it doesn’t matter what you do, as long as you love it. I always look for it for myself in people — the spirit of wanting to do the best work of our lives.

My passion was to be an RJ, taking photos for the school newspaper, being active in my sorority. I wanted to be in media. I was always interested in working over studying. Maybe it’s why I never got an MBA. I’ve always learned by doing. Opportunities have allowed me to have a homegrown MBA. I left college one semester early. I went to New York City in a glorified internship with ABC radio network. I think I did more internships than anybody. I did about seven to eight internships before college before I graduated.

I was interested in finding a job in comms and PR. I set out to do that. I went to a small PR agency: Michael Klepper agency. You did everything. You faxed things; you went to client meetings and trade shows. I went with a client to CES. I was turning 21. I was too embarrassed to turn 21 and didn’t tell my client. I think about my 21-year-old self, and I was embarrassed by how young I was. I thought it was something I had to hide.

Today, I meet so many young people like [GE’s head of marketing innovation] Katrina [Craigwell], and their self-assurance and confidence is wonderful to watch. What does it mean to be 21 or 31 today and have a different set of choices? Not easy. Work-life balance is still a challenge. The openness is different. There are more women. The tribes are richer. That’s a beautiful thing for me to say. I had a male tribe, so you shared different things.

I work the hardest on constructive conflict. Being tough is not as bad. I say, “This is going to be a tough discussion.” I find that by actually saying it, it allows me to lean into my innate generosity, do it in a way that it uncurls my stomach. People forget that confrontation is hard. As I work on it, I continue to say tough conversation is the right thing for me. People want to know where they stand. A coach once said to me, “You’re going to have tough conversations — it’s just a matter of when.” I would say that what people often get wrong about me is that being kind doesn’t mean that I’m incapable of delivering a real no.